A global initiative to give young boys a chance to be coached at Chelsea Football Club showed how sponsorship can go beyond return on investment, writes Arthur Goldstuck (@art2gee).

On the neon signs that flash day and night above Picadilly Circus in London, tourists have become accustomed to two brands that have dominated the iconic advertising space for this entire century so far: Coca-Cola and Samsung. This year, the Korean “newcomers” for the first time overtook the American beverage maker as the world’s biggest advertiser.

One would think, then, that the electronics giant’s tactics are all about making a bigger and bigger impact, dominating high-profile spaces like 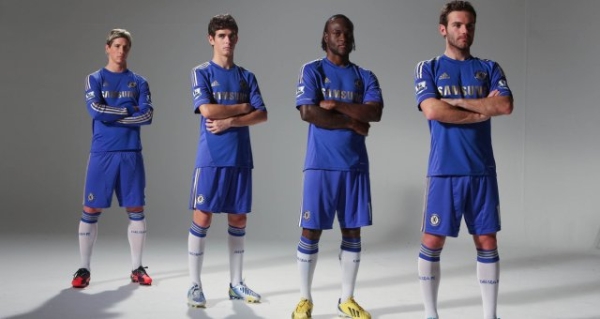 But this week, at a training ground just outside London, Samsung was making a different kind of impact: on the lives of a small group of children from around the world.

It was the culmination of the Dream the Blues campaign, launched in January this year across seven countries by Samsung Electronics and the Chelsea Youth Academy. 1400 children took part in initial youth training camps, from which the two most passionate from each country were chosen to fly to London and spend a week being trained by Chelsea’s own youth coaches.

The children, from Mexico, Brazil, South Africa, Nigeria, Ghana, China and Thailand, spent much of each day being coached and melded into a team at the club’s Cobham Training Centre, culminating in a match against a local team.

Yesterday, they got to watch the Blues in action against Everton, in their final league match of the season. But that experience almost paled against another event last week: a personal training session on Friday with four players appointed “Chelsea Ambassadors”: Fernando Torres, Juan Mata, Oscar and Victor Moses. For two young South African players, 12-year-old Goitsemang Lengene and 10-year-old Mvelo Mvuleni from South Africa, it was more than a dream come true. It was an impossible dream unfolding before their eyes.

The Cobham Training Centre is a high security venue, with access by invitation only. Even those granted access are prohibited from taking photos or even asking players for autographs. That restriction didn’t apply to the young trainees: they had full access to the four stars.

The timing of the training camp could not have been better. When it started last Wednesday morning, Chelsea had yet to win a trophy this season. That night, Torres scored the crucial opening goal in the team’s Europa Cup Final 2-1 triumph over Benfica.

The next evening, Mata was named Chelsea Player of the Year for the second year in a row, as well as Player’s Player of the Year. Completing a hat-trick for the Ambassadors, Oscar took the prize for Chelsea’s Goal of the Season, scored against Juventus. Then, at the Everton match, Mata opened the scoring and Torres scored the winning goal.

If it had been a movie, no one would have believed those plot twists. But, as a motivational script, it could not have been better written.

“Samsung believes in supporting and motivating the youth of South Africa to discover and expand possibilities and opportunities to benefit themselves,” says Michelle Potgieter, head of Corporate Marketing and Communications at Samsung South Africa. “We are sure that this camp in London will be a meaningful step in doing so, as well as a great opportunity for the participants to get closer to their dreams.”

The “Dream the Blues” campaign is an expansion of the Samsung-Chelsea FC Youth Football Camp program that the two have been collaborating on since 2007. Originally a grassroots programme initiated by Chelsea in the United Kingdom, it has since brought more than 6000 youth from around the world to Cobham.

Chelsea officially qualified for the European Champions League yesterday, further cementing the value the side brings to the brand that emblazons the front of its players’ shirts. Samsung estimates that, in the 2009/10 season, when Chelsea won the league and FA Cup double, it generated more than $100-million in marketing value.

Will that sell more smartphones, TV sets and other electronics? Consider this: in its first year as Chelsea sponsor, in 2005, Samsung’s sales doubled in Europe over the previous year.

Bringing 14 children to Cobham is hardly going to make anything like that kind of impact. But it shows that the relationship between a sports team and its sponsor does not only have to be about a return on investment.