by Herman Manson (@marklives) The Digital Media & Marketing Association (DMMA) earlier this year announced a new management structure that saw an elected Executive Committee replaced by an appointed steering committee. However, it had neglected to update its constitution, which requires a 75% vote in support by members, before doing so.

“The Execo will be entitled, but not obliged, from time to time to co-opt such additional members to the Execo as the Execo may deem 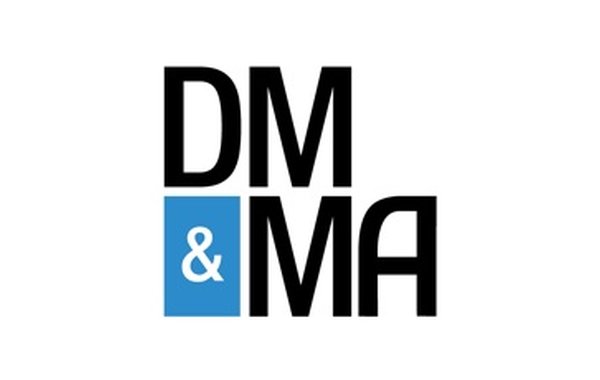 appropriate, to assist the Execo with specified projects. Such co-opted members shall not, for the purpose of this Constitution, be deemed to be members of the Execo,” the document reads.

This seems at odds with the current, revised structure of the DMMA, which now contains an Executive Director (for which no function exists in the DMMA constitution), a Chairperson and a team of eight other members on an appointed steering committee.

Cockcroft, who has a lengthy affiliation with the DMMA, and Cinman were both elected (in the case of Cockcroft re-elected) Execo members of the DMMA in 2012. Vitale is a full time employee at the DMMA. According to Cinman he and Cockcroft became the only defacto board members of the DMMA after none of their colleagues on the 2012 board made themselves available for re-election (Cockcroft notes “A few stepped down and no response from others”). The exception was Gustav Goosen who stayed on in the Research Role and is part therefore part of the appointed Steering Commitee but who doesn’t sit on the board. The AGM, which should have taken place in January, was postponed to August, and according to Cinman so then did the mandate of its remaining Execo members (The DMMA constitution provides only for one year terms for Execo members – ed.) .

The DMMA, a section 21 (not for profit) company, is in its own words “a member-driven voluntary association seeking to grow the digital industry.” It represents over 189 members including 96 local online publishers and over 93 agencies.

The thinking behind the appointment of a steering committee was explained in a FAQ post on the DMMA website in January. “In the past we have voted in an Executive Committee at the AGM held in January, but history has shown us that even though the Exco has the best of intentions we find ourselves in a position where some portfolios are not looked after throughout the year as a result of the much needed time and commitment,” the post reads. “As a non-profit organisation with a rapidly growing member base it is pertinent to relook at how we appoint the right committee, as we are 100% dependent on this team to drive the annual initiatives.”

DMMA Executive Chair Nikki Cockcroft says a larger revamp of the DMMA constitution is being investigated and the (reduced) Board did not want to make piecemeal changes. She was surprised to hear that there had been complaints about the way the new Steering committee was appointed, saying that during initial discussions no DMMA members had raised red flags on the proposed changes.

Cinman says the option was to hold an AGM and election in January or to hold the course in the interim while the organisation ensured it met all legislation governing Section 21 companies. As no members raised any concerns, he and Cockcroft decided to follow the current route.

Part of the reasoning was that some portfolios had been not been delivering. Effectively this resulted in the organisation as a whole under performing. “We were not meeting the mandate if our members with our previous structure,” says Cinman. Cinman certainly believe that without their intervention there would be no DMMA left to serve members.

At the upcoming AGM in August members will vote on a number of changes which will proposed to the DMMA constitution, including that members elect the Board, which in turn will appoint the Steering Committee, in line with the changes that have already been implemented on an organisational level.

The extension of the mandate of only two Execo members for eight months and the appointment of a steering committee as well as a third director without a vote by members does not seem to have caused much of an uproar amongst the DMMA membership (Cockcroft notes that she considers the email and other notices sent out to members on the structural changes to the organisation, and the lack of subsequent feedback, as indicating permission from DMMA members to proceed with the changes).

Either members believe that the revised, temporary structure will lift the organisation to finally delivering fully on its mandate, as suggested by its current leadership, or it suggests that members no longer view the DMMA as an industry body of influence.

Right of reply: MarkLives offered the DMMA Board a Right of Reply to this article. Nikki Cockcroft made the following notes in reply:

Cockcroft notes that she serves as Executive Chairwoman (rather than Executive Director) of the DMMA “as elected by members and as per the constitution I will be in place until voting at the AGM later in the year.” She notes that Jarred Cinman is the Deputy Chair (rather than the Chair) of the Steering Commitee. [The DMMA constitution states that terms in office are limited to one year. “There shall be one annual general meeting not less than once every calendar year, which meeting will be held not less than ten months and not more than fourteen months after the previous annual general meeting, and Members will be given at least 14 days’ notice of such meeting”. The DMMA website identifies* Cockcroft as ‘DMMA Executive Director & Head of Bookmarks’ and Cinman as a ‘Director and Chair of the Steering Commitee.’]

Cockcroft notes that ‘An email was sent to all members for feedback and comment on the new structure, a notice was put on the website and we had a special meeting held at industry events in JHB, CPT and DBN.’  [The DMMA constitution notes “This Constitution, or any part thereof, may be altered by a resolution passed by not less than 75% of the Members present in person (including via a teleconferencing link) or by proxy and entitled to vote at a general meeting or a special meeting convened for this purpose, provided that notice of the proposed amendment is given to members not less than 14 days before the date of the meeting”.]

‘I like to deliver results and I believe we needed to make a few changes to ensure that we did exactly that,’ Cockcroft concludes. 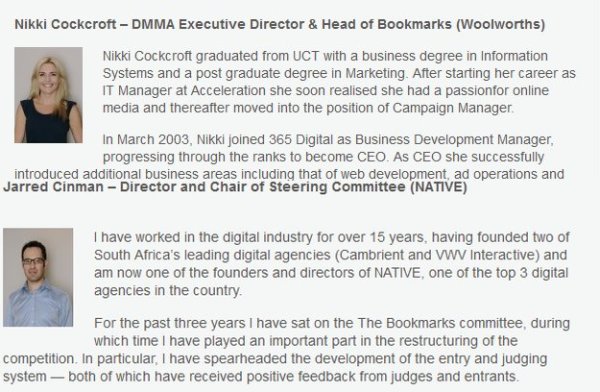