by Herman Manson (@marklives) Clients are becoming more frustrated with agencies, especially as agencies grow to become corporates with all the inflexibility and structural issues that entails. As client problems require quicker turn-around, greater flexibility and innovation, their agencies are becoming less likely to fulfil these requirements.

Designed to counter these issues are Kathryn Sharfman’s new agency, Fast and Remarkable. Quirk Group backs the agency in which Sharfman is a shareholder.

Fast and Remarkable officially launched September 1st*. The agency brings together teams of experienced freelancers under the project management skills of Sharfman. Sharfman’s husband, Las Madurasinghe, with a background in investment banking, is also involved in the business.

The agency is focussing on digital projects and offerings include strategy, production and media. Focus will be on quick turn-around times, essential in the digital environment, as well as top quality (i.e. remarkable) work and pulling together a network of well vetted and deeply skilled individuals.

Digital has a fairly low barrier to entry, Sharfman notes, and Fast & Remarkable is set up so clients can easily access high-level digital skills and experience. It’s that experience which offers agile solutions to client problems, says Sharfman.

Sharfman says the new agency taps into the collaborative work model with its strong focus on people and maximising their individual contributions for the benefit of clients.

In a bid to reinforce its people-centric approach, the agency opened its office in a coffee shop in Woodstock (visit them at Unit 6, Salt Circle 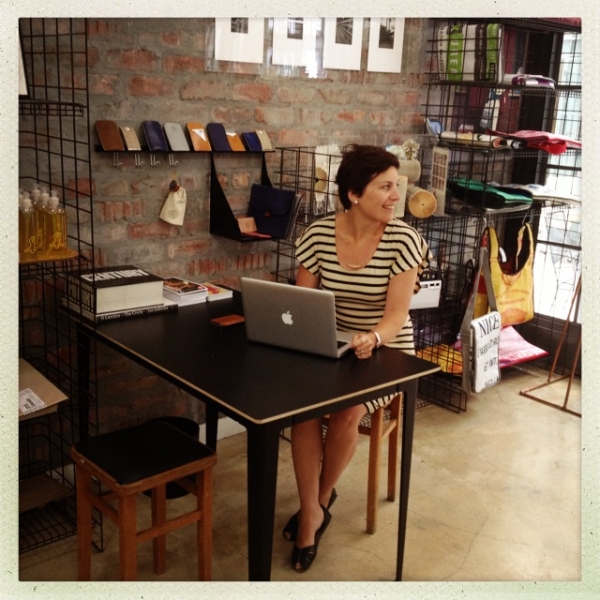 Arcade, 374 Albert Road, Woodstock), which is open Monday to Saturday 9am to 3pm. Freelance teams and clients can meet and work, and Sharfman also holds workshops in the space. Its location has landed it several projects as shop customers gets chatting to Sharman or Madurasinghe and leave with more than a coffee.

Sharfman was previously Chief Relationship Officer at Quirk and has an impressive, digital savvy, track record.

Born in Cape Town, Sharfman left the country with her family aged 6. She studied law in the UK but didn’t really take to it after the completion of her degree. She enjoyed project management more and worked in IT for Citibank. She joined a digital start-up and then moved around several agencies including XM London (now part of WPP owned OgilvyAction) where she was responsible for government and corporate accounts including those of HRH the Queen, No 10 Downing Street and MI5 as well as for Rolls Royce and HSBC.

At marketing and technology agency LBI Framfab she worked on Kodak Europe. Sharfman returned to South Africa to join Quirk in 2009 and become a director of that group within six months.

Although she reports into the Quirk Group Sharfman says that Fast & Remarkable operates at a distance from other Quirk agencies.

Sharfman says that Fast & Remarkable works on a competitive pricing model but it’s not its intention to price itself below competitors. Rather it will differentiate itself through agility and the talent it brings into its teams. Each client will have a core team of freelancers under Sharfman or an Associate, who will also bring in other outside experts as required, and teams will be focussed on solving and implementing solutions for clients. Less waste, quicker turnaround argues Sharfman. The agency already has its first Associate operating in Johannesburg.

The agency has just signed Elle South Africa as a client and has done work for Design Indaba. So far it’s worked with eight clients over the past eight months.

Sharfman says running her own agency has forced her to question many marketing and agency conventions. It’s been a liberating and energising experience.

One Response to “Agile, collaborative agency backed by Quirk Group”