Aki Anastasiou on Pistorius, Twitter and what social networks mean for media

by Gill Moodie (@GrubstreetSA) If, like me, you’ve been mesmerised by the explosion of tweets on the “Oscar Pistorius” hashtag around the Paralympian’s bail application hearing,  then you’re just as fascinated with Twitter   – and how it is changing how we cover and consume  news – as myself.

Last Friday – the day after Pistorius was arrested after shooting dead his girlfriend, Reeva Steenkamp,  I wrote this piece about Beeld being the 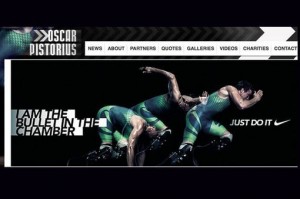 first to tweet the breaking news and wondering about the role of  Talk Radio 702 tech expert Aki Anastasiou in how the news went viral in the Twitterverse.

The newspaper  got this story up by crime reporter Fanie van Rooyen on their website at 8.04am but the news on Twitter only really seemed to go viral when Anastasiou tweeted this at 8.08am:

Hectic News @beeld_nuus is reporting that Oscar Pistorius shot & killed his girlfriend this morning thinking she was a burglar.

Although Anastasiou has more followers than the Beeld_Nuus account – 40 358 compared with 36 135 this morning – it’s not that much more. So, I wondered, why was his tweet amplified to such a degree?

Is  it because Anastasiou  tweeted in English or is it because of the power of being a popular radio personality?

Curiously, this is not the first time that he has played such a big role in how a big story got out across social media. When the news of Eugene Terre’Blanche’s death in 2010 was broken on Twitter by blogger FromTheOld,  it only went viral when Anastasiou and  Mail & Guardian editor Nic Dawes tweeted about it.

To help us drill more into this fascinating phenomenon, I spoke to Anastasiou this morning to get his insights.

Now on both these occasions – for Pistorius and Terre’Blanche – you knew of the breaking news before you saw the first tweet.

Ja. With the Terre’Blanche story a friend of my cousin was a policeman in Ventersdorp and he told me about it (before Anastasiou saw the blogger’s tweet). But you need to hold on to it, as with Oscar Pistorius.

With Pistorius we had the information in the newsroom from 7am in the morning but the police hadn’t confirmed anything yet and we felt we had to check with the sources again because of the sensitivity of this and how sensational it was. And that’s the scary part. If you get it wrong, then you’re really in big trouble. You really have to trust the person you’re getting the information from. Kudos to Beeld. They got it and, ja,  I think they beat us by seconds.

It’s all very well to break a story on  Twitter. But the thing on social networks is how to carry that story forward. How do you keep it going? You start rolling out your resources, your journalists at the scene. We’ve got a quite a powerful news team on our social network. We’ve got Mandy Wiener and Barry Bateman – seasoned journalists who have really been focusing on tweeting from live occasions.

And that’s where the story starts changing and how you differentiate yourself from other news media. How you cover the story after you’ve broken it. I think this is where Eyewitness is very strong compared with traditional print media and even television to a degree – because radio is so immediate. Radio dovetails with Twitter because of the immediacy of it… Although other media is catching up very quickly.

Do you think the fact that Beeld tweeted in Afrikaans and you tweeted in English made a difference in the Pistorius case?

You know, somebody said Beeld should have tweeted in English as well. And I think: ‘No. Their language is Afrikaans and that’s their audience’.

But you know Twitter is fascinating. About two years ago I was at Microsoft TechEd in Durban, which is Microsoft’s big tech conference for Africa.  We all knew that they were developing this mobile operating system called Windows 7, which is now called Windows 8, and they hadn’t announced what the strategy was, etc.

Anyway, I happened to  bump into someone from Microsoft – I think from the US –and I asked who were their partners.  Was Nokia a good partner to have?

He basically leaked out to me that Microsoft was working with Nokia and I tweeted about this. At that time nobody in the world knew this and the tweet went completely viral around the world and I had people from Finland phoning me. (Nokia denied the partnership but then confirmed it later). I was just amazed how my one tweet went around the world.

Partly that would be because you’re followed by people in tech, who will naturally be keen watchers of Twitter and they are big tweeters.

Yes, although I try keep my Twitter account generic, whether it’s about economics or Discovery magazines best photographs of the year. But I also have a strong focus on tech but not the high-end  stuff  –  rather the stuff that people are going to use and consumers are going to understand.

Beeld news editor Pieter du Toit told me that he felt Twitter has taken print journalists into the realm of radio.

Yes, absolutely. And the thing is how do you bring a print journalist – who is really just a name in a story – alive on Twitter? It’s a whole new realm of journalism – on how you report a story. On Twitter, you’re almost giving a commentary on what’s going on.

I think Phillip de Wet (at the Mail & Gaurdian) is very good at that.

Yes, he does it so well. At live events, he really has set the standard… Also, the tools that you use are critical in this whole thing because you cannot tweet at that speed using a cellphone and you can’t use the actual traditional Twitter online account. You’ve got to use proper tools like TweetDeck, which make a big difference in the speed of getting the story out.

What do you use at a live event. A tablet?

No. I use a MacBook Air. Tablet doesn’t allow you to type fast enough. It restricts you in the speed and you’ve got to be able to move between application easily. Although you are able to tweet reasonably fast on  a smart phone if you really know what you’re doing (and use predictive text).

Isn’t amazing that about two or three years ago everybody was asking: “Where is Twitter taking us?” And now we’re really getting hints and starting to understand it.

Ja, it’s mainstream. I’ve got 38 000 followers and all those people are potential leads. It’s a spider-web network. A journalist would never have had that spider web five or six years ago.

I can tweet something and ask a question and somebody is bound to be near an area where a specific incident has taken place and that’s how you hear all these things. You could never have had that kind of amplification before. It’s a game changer.