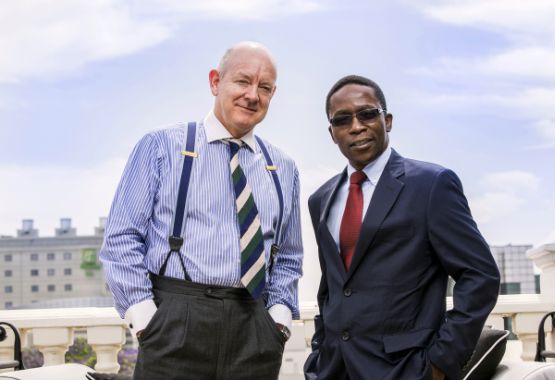 by Kim Penstone In advertising circles, Zimbabwe is perhaps most famous for its now defunct currency, which was glued to billboards across the country in the award-winning “Trillion Dollar” campaign for The Zimbabwean. It’s been three years since the Zimbabwean dollar was abolished and the country adopted the US dollar as its official currency, but the perception of worthlessness remains.

But (to paraphrase Ford’s famous line): have you been to Zimbabwe lately?

Magora explains that the abolition of the Zimbabwean dollar in 2009 was like a call to arms for Zimbabweans scattered across the globe. Many of those who had left the country have returned, with international experience, determination to make the country work, and an unfaltering belief in the future of the country that was once famous for being the “breadbasket of Africa”.

Zimbabwe is currently experiencing GDP growth of 5%, but Magora points out that industrial and manufacturing capacity is operating below 60%, which means that there is plenty room for growth. He adds that many companies are waiting for so-called ‘political normalisation’ before they step into Zimbabwe – “but they forget that there is a population of around 14 million people living there now, who have needs and wants.” And for the first time in a long time, real currency to spend.

“Companies are making a killing right now,” he says. “One of our largest clients has a market capitalisation on the Zimbabwe Stock Exchange of 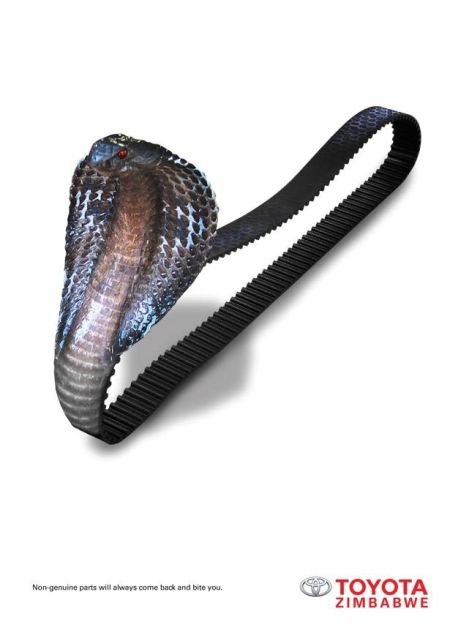 more than US$1 billion. Another one of our clients has, this year, their second year with us, experienced such growth in their brand that they are failing to meet demand on the market. This is after they had expanded capacity to produce by more than 100%. They still cannot meet demand.

“Opportunities abound in Zimbabwe and these continue to grow.”

Magora estimates that the advertising industry in Zimbabwe is worth about US$100 million. Since commercial stabilisation, brands are eager to let their audiences know that they’re still around. They’re also trying to catch up with over a decade of stagnation, even shrinkage – so it’s natural that advertising agencies would be one of their first ports of call.

“We actually believe that the US$100 million figure for Zimbabwe is an underestimation, especially when you consider that brands like Econet, Zimbabwe’s largest cellphone company has an annual advertising budget of US$12 million,” says Magora. “There are a couple of other cellphone companies, including one we handle, Netone, which is the second largest in Zimbabwe, and Telecel. Banks are also quite active, with CBZ, the largest bank in Zimbabwe, whose account is at Jupiter Harare, sitting on an annual advertising budget of around US$600 000.”

That said, not every agency in Zimbabwe is growing to the tune of 200% annually.

“There are no real secrets to our success,” says Magora, intimating that much of it is common sense, and holds true for advertising across the globe.

“We are speaking to Zimbabweans, so you need to speak in a language that they understand.”

Too many global agency groups think of ‘Africa’ as one country, and believe that a single approach will work across the entire continent. But the reality is that, even in Zimbabwe itself, the Northern and Southern regions have their own nuances that, unless understood properly, would impede the growth of a brand.

“Local knowledge is key,” he says.

He cautions, however, that ‘localising’ advertising does not mean dumbing it down.

Zimbabwe has the highest literacy levels in Africa, resulting in one of the most sophisticated and highly-educated middle classes on the continent. It is an audience that does not take kindly to being under-estimated, and even less kindly to condescension.

According to Magora Zimbabwe’s advertising industry is seriously fragmented – a point he hopse to address with the formation of the new Jupiter agency. Econet, for instance, have spread their US$12 million amongst 14 agencies in Zimbabwe plus Young and Rubicam in Johannesburg. Africom, another ISP and cellphone company, uses a small SA agency plus three smaller agencies in Zimbabwe.

Magora, like his colleagues at TJDR South Africa, is a firm believer in the power of creativity when it comes to connecting with this audience. And he has proof at his fingertips: Toyota Zimbabwe, which is currently the most awarded Motoring company at Zimbabwe’s advertising awards, has seen its market share double in the time that TJDR (Zimbabwe) has been working on its brands.

“This work is truly world-class, there is nothing ‘third world’ about it,” adds Magora proudly, showing a campaign created for Toyota genuine parts that the Japanese recently voted as the best work across the African continent.

Magora also understands that time is of the essence in Zimbabwe – there is no operating on so-called ‘African time’ in this country!

“Because these brands are playing catch up, quick turnaround times are crucial,” he says.

Fortunately, he adds, the staff at TJDR (Zimbabwe) & Partners don’t mind working until 2am.

“Possibly the greatest reason for our success is that we hire people who genuinely love what they do. They are passionate about advertising and creative communication, from the top of the agency to the bottom. It’s not unusual to find the accountant and the debtors clerk sitting in on a brain storming session for a brand!”

It’s at this point that The Jupiter Drawing Room’s founder and group chairman Graham Warsop steps in to comment:

“Really, you’re looking at the reason TJDR (Zimbabwe) & Partners has been such a success,” he says, pointing to Magora. “The secret to a great agency is having a guy in charge who loves the business of communications. Denford is a human dynamo who eats, sleeps and breathes advertising.”

By all accounts, it appears to be a match made in heaven.

“Like us, Jupiter is focused on Africa, born here and determined to grow up here before tackling Europe, the Middle East and Mars. We both understand not only the potential of Africa, but also it cultures and mindsets. We could, together with such a partner, establish the most prominent, creative and successful African agency network,” Magora concludes.

The wheels are already in motion. TJDR has given Magora first rights to expand the group into other African territories, and although he isn’t letting on where the next agency will open its doors, he does confirm that it will happen early next year. Not least because he has already signed up three of the largest corporates in the territory!

It’s almost December, Warsop points out. Everyone else is packing up for the year, but Magora is just getting started.

Stay up to date with our weekly mailer. Subscribe here. It’s free!