by Herman Manson (@marklives) South African born eMarketing technology specialist company  Acceleration (not to be confused with Acceleration Media) recently made international headlines when WPP Digital announced it had acquire a majority stake in the business.

The company, launched in Cape Town in 1999, had expanded to offices in Buenos Aires, Dubai, Johannesburg, London and New York and employs 160 marketing technologists. A hundred of them sit in Cape Town. Audited revenues for the year ended 31 December 2011 were US$16.8 million (R141.45 million calculated on an exchange rate of R8.42 to the Dollar). 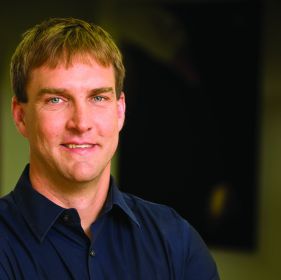 the technology solution supplier business while also building a strong knowledge base in analysing and interpreting data. Today the business works not only with Google DoubleClick, Test&Target and are a global platinum Adobe partner

The media business, known as Acceleration Media, was spun off in 2005 in reaction to major media agencies investing in digital capacity and sold to Kagiso in 2008.

Acceleration opened in Dubai four years ago and it’s become a big growth market for them says Mullins. This is because most major companies active in the Arab world has a presence there. In Africa Kenya and South Africa are the major markets.

On the WPP deal Mullins says that it gives Acceleration access to the broad base of WPP Digital clients and IP but that not much has changed in terms of day to day operations. The company founders all retain a stake in the business and its remains an autonomous unit within WPP Digital.

Mullins says the influx of data aggregators over the past few years have resulted in networks selling the same audiences to business rivals. Brands have now realised that they need to protect their data for remarketing purposes rather than allow rivals to cheaply tread the road they have already travelled.

Mullins says there are a number of things that can be done to help our clients address the data skimming issues prevalent in the market. This includes making sure that you have the right technology, data agreements and architecture in place. We also ensure that clients are aware of how the data is being used, so that they can make informed decisions with regards to who they engage and partner with.

Consumers are also becoming more aware of their own value to publishers and brands and this will increasingly have to be taken into account by those handling tracking data.

Mobile marketing remains immature, says Mullins, with the tipping point lying not in the numbers of users but in understanding strategy and its power to engage. Mullins says for many consumers in Africa accessing data on their mobiles is still a financial decision rather than an information decision the reason being that bandwidth remains costly.

How does the financial decision vs. information decision consumers have to make impact on mobile marketing strategy? Mullins says the reality is that you need to look at the following factors – who is the target market, what are they using their phones for (in terms of access and information) and how do you as a publisher or marketer use that information to drive value through relevancy and access.

“Currently the cost of engagement is born by the consumer and is a key consideration based on their income level and information / engagement requirements,” says Mullins. “A simple metric is the cost of video vs html – for high LSM’s the video is for entertainment and comes at an high cost, which makes it prohibitive in the current environment for lower LSM’s to engage. For lower LSM’s the information value is evaluated against formatting and network access considerations.”

“If the marketer / publisher is tracking and using the information (read data) at their disposal, then marketers can make some very real decisions about where to invest in mobile and the expected returns that they should see from those investments. This will allow marketers to systematically build an informed strategy that allows them to invest in areas and capitalise on the revenue opportunities that are available, whilst building key insights and understanding for future strategies and engagement, focusing on their customers and their requirements and considerations,” Mullins concludes.

Clients also still defer to agencies who tend to pitch projects based on their own in-house knowledge and skill sets. Clients need to take a closer a look at data to understand what strategy they should pursue in this space.

Mullins suggests brands get a foot in the mobile space soon so their mobile strategy can grow with them. He expects costs to drop over the next two years as well as an uptake in localised search by consumers.

“I believe that the impact and value of mobile is overestimated in the short term and underestimated in the medium to long term,” says Mullins. “Costs will come down and competition for consumers will increase, which ultimately will increase usage and engagement. In terms of numbers it is difficult to estimate as the growth is dependent on so many factors. I would venture to say that within the next 3 years, online usage and engagement with more than double from its current levels.”