by Herman Manson (@marklives) It all started well before the Cannes Lions International Advertising Festival became the Cannes Lions International Festival of Creativity. It was probably inevitable – advertising has spent the past two decades evolving at such a rapid pace that what we thought of as ‘ads’ then certainly won’t hold ground today. The ad industry solved it by replacing the word ‘advertising’ with the word ‘creativity.’ 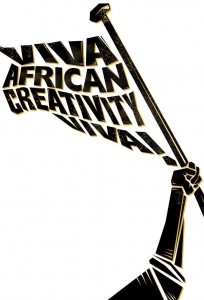 ‘creative thinking’ and big ideas. Marketing, advertising and creativity have been nicely bundled together and not only changed our lingo but also excluded a lot of stakeholders in the process.

Yet communication today is about a lot more than a Creative Director’s definition of creativity. It’s very much about speed, authenticity, information, accessibility and a host of other factors.

Neil Parker,writing in Fast Company, notes that it’s “a truism that making a brand succeed today requires a bazaar-like variety of skills, that go way beyond strategizing, copywriting and art directing. You need product development, coding, social, customer service design, internal culture transformation and a raft of other crafts… Which means the industry has a problem in its structure, not just its name.”

And get this insight by David MacGregor, co-founder Idealog Magazine in New Zealand, from his review on The Case for Creativity by James Human (who was also a guest speaker at the Loerie Awards this year). “The premise that a well-crafted brand ad will have a greater effect than a rubbish ad ignores the fact that ads are significantly less important than other forms of engagement in the era of Google (the biggest advertising business in the world and not a creative execution in sight). Maybe the whole either-or argument is spurious.”

MacGregor goes on to say “I worry about the introspective obsession with creative vs non-creative ads and the assumption that clever craft is integral to achieving superior status.”

The value of creativity in brand communication is of course the premise on which the just held Loerie Awards award work and Human’s book has been extensively quoted to validate ‘the value of creativity’ and the link between creative awards and the effectiveness of ad campaigns.

David Ogilvy is attributed as saying “When I write an ad, I don’t want you to tell me that you find it ‘creative.’ I want you to find it so persuasive that you buy the product – or buy it more often.”

Creativity isn’t the exclusive domain of ad land either. It potentially encompasses every aspect business today. As far back as 2004 Fast Company listed as first in its ‘six myths of creativity‘ that ‘Creativity Comes From Creative Types.’

We need to be cognisant of the language we use to describe ourselves and our industry and how it  includes or excludes other stakeholders. ‘SA Creatives’ denotes a great many more people that just Creative Directors, or animators, or graphic designers.

Creativity isn’t an advertising ghetto so let’s not talk about it as if it is.

Loeries or Lousy’s? by Matthew Bull
So What Have The Loeries Done For You Lately? by Justin Gomes
Charl Thom on the role of industry awards
Why “it’s only advertising” doesn’t cut it by Herman Manson
MarkLives refused media accreditation to The Loerie Award shows (again)
The Value Of Creativity by Charl Thom
The Creative Circle needs to manage relevance, says Chris Gotz
Ad award success no longer sole arbiter of agency and industry respect by Herman Manson
The waning influence of ad award shows by Herman Manson
Finding Cape Town’s Design Voice by Herman Manson