In the forest of the internet, is your opinion heard if you don’t put a name to it?

by Anton Crone (@antoncrone) In the forest of the internet, is your opinion heard if you don’t put a name to it? I’ve wondered about this after a spate of opinion pieces regarding the relevance of the Loerie Awards on Bizcommunity and Marklives. These are two valuable forums where industry folk put their names and faces to often staunch opinions, yet they are often challenged by faceless people who hide behind pseudonyms.

I regularly visit 10and5, arguably the most popular showcase for South African advertising and design. Here, people willingly, and bravely, 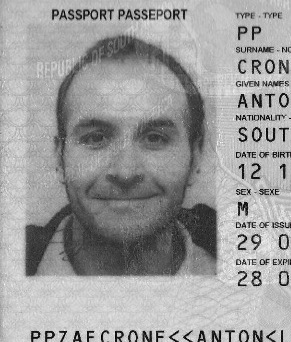 attach their names to the work displayed then wait for the onslaught of opinion, mostly from people who hide behind pseudonyms.

In a forum on 10and5 a short while ago, after a particularly scathing attack, I challenged the convention of using pseudonyms. Some supported this, others not, and the prevailing sentiments were that anonymity ensures a negative opinion does not reflect badly on that person thereby ruining their chances of getting ahead in the industry; that more traffic is driven to the website if people are able to comment anonymously and that the more freedom there is to comment the better we can gauge general opinion.

But Uno De Waal of 10and5 often has to close forums as pseudo people fling pixelated shit at each other.

So here’s my fucking opinion, and there’s my ugly mug to prove it’s me saying it: All you pseudonyms are pussies who don’t deserve a megabyte of the company broadband you waste trawling the forums looking for targets. By slagging off someone’s opinion or their work under a pseudonym, when they’ve willingly put their name to it, is not just disrespectful, it’s fucking kindegartern level.

But that wasn’t very well put. One should consider that a negative comment that is well put and has substantiation can actually improve ones chances of getting ahead in the industry; that a forum that provides stimulating debate with good arguments can attract more traffic and ultimately give a better gauge of general opinion.

Putting your name to an opinion means it becomes more considered and a well thought through argument stimulates commentary that arrives at something closer to the truth, something that can radically improve this industry.

The more infested the internet becomes with information, analysis and opinion, the less you will be heard. Frankly, if you don’t attach a name to your opinion, you won’t be heard at all.

– Crone is a freelancer. When he can’t write he takes photographs, and visa versa. His favourite subject is Africa.
– Writing: www.brightcontinent.co.za Photography: www.antoncrone.co.za twitter: @antoncrone

3 Responses to “In the forest of the internet, is your opinion heard if you don’t put a name to it?”