by Herman Manson (@marklives) Here is a South African ad agency with just about its entire business sitting in Nigeria. Leftfield has some bragging rights for bagging (several 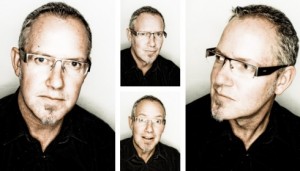 FrieslandCampina WAMCO (with its Peak and Three Crowns milk brands) is the Nigerian affiliate of dairy cooperative Royal FrieslandCampina of The Netherlands (annual turnover of 9 Billion Euro).

Leftfield founder, Executive Creative and Strategic Director, Jonathan Swanepoel (or just Jono in the office), has had quite a storied career in ad land, including a stint in South East Asia where he had joined Leo Burnett, Ho Chi Minh City (Vietnam), as ECD. It’s here where he helped the agency pick up the regional dairy account for Friesland Foods which saw it produce campaigns for markets in Thailand, Indonesia, Vietnam and Malaysia and helped it grow from 45 to 150 people in three years.

Swanepoel built his reputation in the emerging markets of Asia and when he returned to South Africa he launched Leftfield with the FrieslandCampina WAMCO business. He was surprised to have to fight for the business only six months later in a competitive pitch but managed to retain it. Leftfield recently again successfully defended the account – now worth a R100 million – beating several well established Lagos based agencies.

Recently the agency has shifted strategy to focus on growing the milk category in Nigeria which is currently experiencing some pressure from soft drinks, flavoured drinks and fruit drinks. Taking a page from the successful ‘Got Milk’ campaign in the US Leftfield launched the ‘Drink Milk Everyday’ campaign. The aim is to grow milk consumption in Nigeria from twice a week to three times a week.

In 2012 the ‘Drink Milk Everyday’ campaign focuses on linking physical beauty, strength and brainpower to milk consumption and has managed to grow value share by another 14.7% in the first two months of running and has helped stop the decline in the milk category.

Swanepoel travels to Nigeria four times a year to keep ahead of developments in that market. He says the complexity of the Nigerian market is not to be underestimated.

The retail environment in Nigeria is also changing – Swanepoel says over the past three years modern trade stores, including hypers and supermarkets, in Lagos alone jumped from just a handful to over 350 today. It means shopper marketing expertise is sorely required in that market and it is a focus area for Leftfield.