Brand experience: Why Kulula is shit

by Jarred Cinman (@jarredcinman) Here’s the simple one sentence reason: you have to earn the right to be cute.

Kulula (really: Comair) has spent a massive amount of cash since the launch of this airline creating a brand that is irreverent, jokey and – yes – cute. They have subverted a lot of the severe tonality which marks most airline travel experiences and made flying “fun”.

Or so the theory goes.

Actually the only thing that really is fun about Kulula is its marketing. That’s not to take anything away from that marketing – it is often 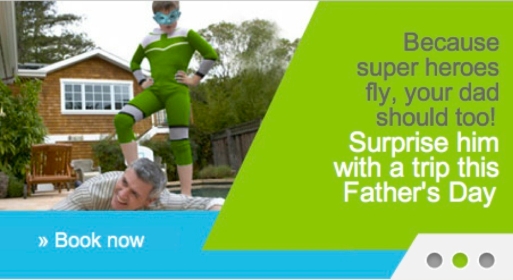 genuinely innovative and on the mark. The Marketing Director and ad agency deserve lots of awards (and have won them). Well done guys.

The problem is that a fraction of a millimetre under the surface of this great promise is a business whose product is garbage:

I have frequently compared prices between Kulula and premium rate airlines such as BA (also: Comair) and SAA, and depending on when you book there is often no substantive pricing difference between them. You can’t call yourself a budget airline if your prices are on a roulette wheel. We might be cheaper, but then again, we might not. Good luck.

To say nothing of the fact that half the time you find yourself on a BA flight anyway (and, god forbid, vice versa).

Which brings us to the digital experience. The “codeshare” flights (owned by the same company, mind you) don’t allow online checkin. A massive fuck-up if you haven’t planned for the extra 45 minutes at the airport. No-one in the company seems to know why this is or how to fix it either.

I’m not suggesting this is scientific fact, so I accept this might just be my experience. But anecdotally and in conversation with others, Kulula have an abysmal record of delayed planes. Few things are more irritating, and there is never an apology from the company (I suppose they’d just tire themselves out trying).

Now, put these together and you have a formula for a shit experience: it’s not price differentiated, so business travellers choose it because of availability and flight times; then try to checkin and find out: oops, I have to cancel a meeting to get there on time; then, double oops, actually the flight I rushed to the airport to catch is leaving an hour later and no-one bothered to let me know.

But guess what: we’re such a cute, funny brand that we’re going to make the hilarious in-cabin announcements anyway because, let’s face it, no-one is more up for a good laugh than a plane full of pissed off travellers who you have inconvenienced twice in one day.

Let’s agree that no-one is perfect, and there’s a good reason plane travel is the butt of endless stand-up comedians. But when you’ve found imperfection becoming your trademark, it’s time to start thinking harder. I actively don’t fly Kulula, and I advise others not to. And each time I break this covenant, I end up spending extra time in the business class lounge seething and threatening to write something about it.

Well here it is. Now I just need to figure out what to do with the other 45 minutes I’m stuck here.

This post is reprinted from the personal blog of Jarred Cinman. Cinman is the MD of NATIVE.

7 Responses to “Brand experience: Why Kulula is shit”