by Herman Manson (@marklives) TechCentral, launched in September 2009 by IT journalist Duncan McLeod, has shown steady growth, averaging between 250 000 and 300 000 impressions a month. It has also been profitable from day one thanks to a lean structure put in place by McLeod, who manages the site with one other full time journalist, Craig Wilson, and with Lance Harris in charge of lighter content over weekends.

A string of freelancers make up the rest of the team. McLeod handles sales himself.

McLeod had been at the Financial Mail for twelve years before he jumped ship, and served as technology editor at the time that he left the 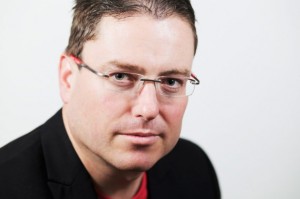 publication, to which he still contributes a weekly column. Having seen the decline of print in the US, especially on the newspaper front, and seeing the rise in connectivity in South Africa and the relatively low barriers of entry into online publishing, he made the leap and launched TechCentral.

The daily IT business news site caters to his ‘nose for news’ – something the weekly schedule of the previous job didn’t cater for.

Starting with around a 1000 readers the site has been gaining traction and now has a regular unique monthly readership of 133 000. McLeod says his team has been focussed on plugging away generating strong content, and building its readership, and this will continue to be their focus over the short term.

In terms of the ad market, the flow of budget to online media is showing also at TechCentral, and the online market seems to be in better shape than print right now, says McLeod. Social media is also playing an increasingly important role in driving traffic to the site, says McLeod, with Twitter and Facebook in the lead, but with a definite increase in the uptake of Google+ also becoming visible.

Focussed on quality insight and breaking news, TechCentral has become known for quality reporting and analysis in the IT business media, and is probably better than anything you will find in print at this stage. Online its biggest competitor is ITWeb.

McLeod says TechCentral will not follow ITWeb’s expansion drive into covering a broader section of the continent (ITWeb recently launched ITWeb Africa) saying it is a seriously expensive project to undertake, needing as you do correspondents in key markets all across the continent.

Instead TechCentral has been experimenting with rolling out quality content into other niche markets – it currently publishes SportsCentral in a JV with two other partners. No new sites are planned over the short term but next year might see new projects being rolled out.

McLeod says the dearth of IT journalism skills in South Africa is a major issue for the industry it covers. It’s a resource TechCentral is keen to help build, drawing journalism students away from the obvious route in general business or political reporting, in a specialist but economically and socially hugely important field.