Smartphones surge by 40,9% at Vodacom

Smartphones active on the Vodacom network in South Africa surged by 40,9% in the quarter ended 30 June 2012, according to a trading 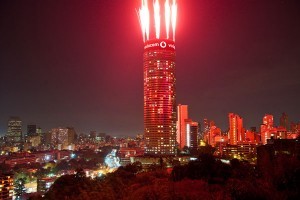 “Overall this was a good quarter with a particularly strong performance from our International operations supporting Group service revenue growth of 8.7%,” said Pieter Uys, Vodacom Group CEO. “The connectivity revolution is well underway with close to 16 million customers actively using data, up 43% from the prior year.”

In South Africa, however, service revenue was up only 1.8%, with the impact of lower mobile termination rates – or interconnection fees – making themselves felt: growth outside of those fees was 4.6%.This low growth is despite the number of customers in South Africa increasing by 29.1% to 31.0 million, and active smartphones up 40.9%. Vodacom noted that it was making continued investment in network leadership in South Africa.

Said Uys: “In South Africa, one of our key advantages is the size and reach of our network. Given the increasingly competitive environment, quality and capacity both set Vodacom apart and give us the means to compete with targeted value promotions. As an example Vodacom4Less, NightShift and more recently Power Hour tap into excess capacity on our network during slack periods and translate this into very competitive prices for our customers.

“Other customer groups are driven by entirely different things such as compelling data promotions and have benefitted from the reduction in the average effective price per megabyte of 26%.

International operations’ contribution to Group service revenue increased to 20.5%, with service revenue up 46.7% (23.4% if based on constant currency values), and customers up 29.4% to 19.0 million. The M-Pesa success story in Tanzania continues, with active users of the mobile money transfer service increasing 120,7% to 3.6 million.

“I’m particularly pleased with the sustained high growth delivered by the International operations,” Uys noted. “The primary driver has been solid commercial execution, supported by a healthy macroeconomic environment. Service revenue from these businesses now accounts for 21% of Group service revenue, compared to 14.5% two years ago. Data demand in this segment is accelerating, with active data customers increasing 152% and data revenue up 150%.”