Finding answers, but not in focus groups

by Herman Manson (@marklives)  Already as an advertising grad trainee at O&M in London Craig Irving realised he had little understanding of people outside his office environment. Who were these people he was thinking up campaigns to sell stuff to?

Hitting the streets with first a voice recorder and later a video camera he began finding out. His rebellion against conventional qualitative 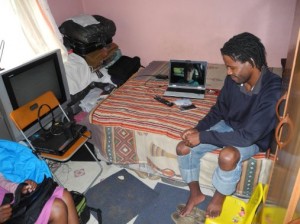 research methods created a nice little profit centre at O&M, and when he wasn’t offered his share, he picked up and launched his own business, the Consumer Insights Agency (c.i.a).

Brands like Unilever, Diageo, brandhouse, Coca-Cola, FNB, Woolworths, PEP, Old Mutual and Pick n Pay have all found benefit in using the agency, which has grown to a team of 20, to gain real insight into the people who buy their products, all around Africa.

Instead when one of their researchers go into the field, and often it is still Irving himself or Darrel Wratten, who the joined in ’98 with a PhD. in Religious Studies, it’s with a single video recorder in hand.

Consumer Insight Agency staff stays in scruffy hotels in the suburbs where the people they need to talk to actually live. They dress down, park themselves where the locals congregate, often at a local cafe, and usually don’t ask the first question.

Their philosophy is perfectly captured in a quote that appears on their website. “A desk is a dangerous place from which to view the world,” it reads. Irving says they interpret reality rather than ‘market research.’

Wratten, who has worked throughout Africa including Egypt, Morocco, Kenya, the DRC, Ethiopia and Tanzania, amongst others, says often the 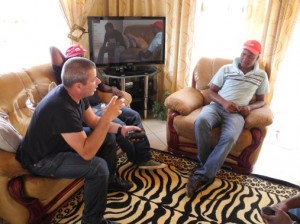 locals would step up to them, and ask them what they are busy working on in the area, explanations follow, and as often as not, a conversation. The agency isn’t interested in a set list of questions, and often don’t interview more than 35 people per project, immersing themselves instead in “reality before we try to segment this thing,” according to Wratten. By day three they usually have the insight they require, based on information volunteered to them rather than responses based on a bunch of leading questions.

“We empower people to tell their stories,” says Wratten. “People don’t have to submit to our world order.”

Irving says in research it’s easy for the weight of methodology to make one lose any sense of reality. The task of the c.i.a, as Irving sees it, is to take the message from the people they interview and knead it into a corporate context understandable to their business clients.

Their findings are often used to fine-tune product development, says Wratten, and in the tone and language brands use to engage with the market.

This unconventional (but seemingly very effective) research approach translates as well into developed economies as it does in emerging markets. In 2008 the team was credited with revealing insight that lead to a Cannes Gold Lion win for an Australian TV commercial for Schweppes. 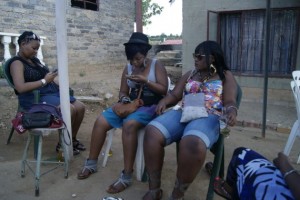 Irving says it’s amazing to see what the corporate world doesn’t see. He calls on business leaders to suspend their own views and send out scouts to see the world as it really is.

It’s something ad agencies have (fairly consistently) been failing to do. Irving points out that agencies should be hungry for the knowledge his team can provide, but hardly ever pushes resources into on the ground research, leaving clients to feed the funnel of knowledge. In its 15 years in business the c.i.a has only ever worked with two ad agencies, namely JWT and Ogilvy.

The irony is that it’s knowledge that plays to a core strenght of many ad agencies, for their research suggests TV remains one of the best ways to reach consumers falling into LSM 7 and below, with half the country sitting down to watch Generations each evening.

All photos courtesy the Consumer Insights Agency.
Industry news you’ll make time for. Sign up for our free newsletter!

2 Responses to “Finding answers, but not in focus groups”