by Herman Manson (@marklives) South African design, illustration and animation studio amicollective raised their international profile once again when they were commissioned by Newsweek to work on their special Queen Elizabeth II Diamond Jubilee edition which went on sale worldwide last week. amicollective is represented in New York by agents Bernstein & Andriulli.

“We were asked to develop four crests that depicted elements from each chapter on a “then and now” basis,” says amicollective MD Mark van Niekerk. These were applied to print and digital media.

amicollective also designed the World Cup special edition Coke can in 2010 which was rolled out globally and is busy with five illustrated billboards (20 x 60m) for Nippon Paints in China that will be hand applied commissioned through their Shanghai agent.

Van Niekerk attributes the studio’s global design footprint to its ability to create diverse style treatments from within one studio. “The fact that we keep refreshing our thinking through our one year internship program also enables us to keep relevant,” says van Niekerk.

Creative partners Ruan Vermeulen and Christo Basson also dedicate themselves to the conceptual side of illustration and design rather than just the execution. It’s a formula for success that that the studio hopes will also resonate with South African clients as it prepares to raise its South African profile and service offering – details of which will be announced soon.

For the Newsweek crests amicollective tracked changes over the course of the Queen’s reign in media, through her life, in culture and monarchy, juxtaposing the beginning of her reign with modern reality (for example from the Royal Mail and letters to Twitter and Facebook pages for the chapter on the ‘Media Monarchy’). 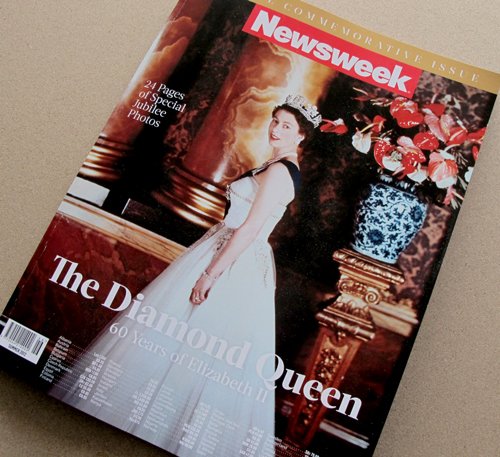 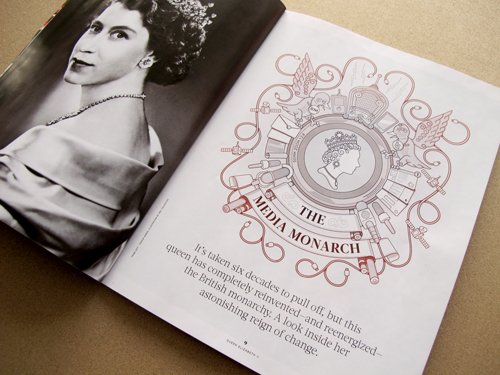 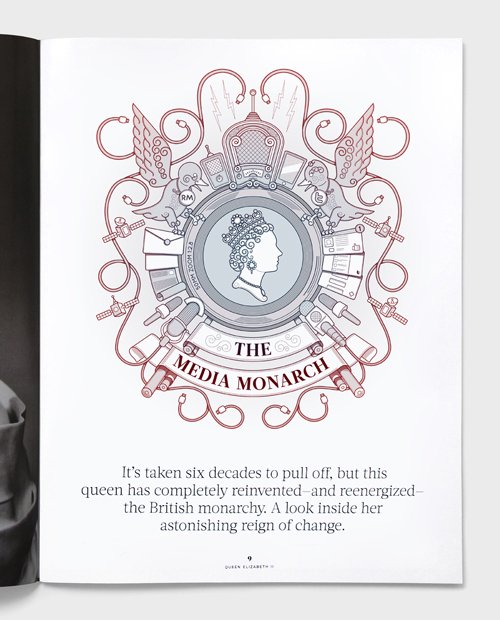 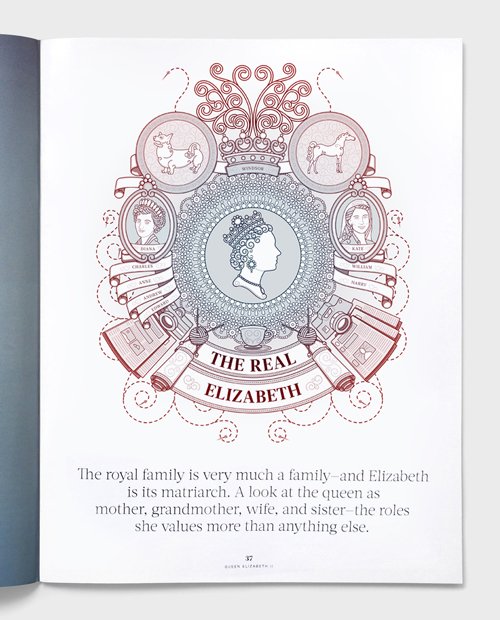 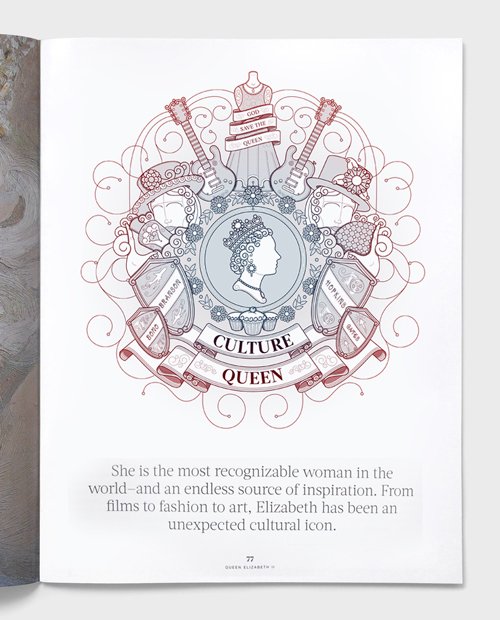 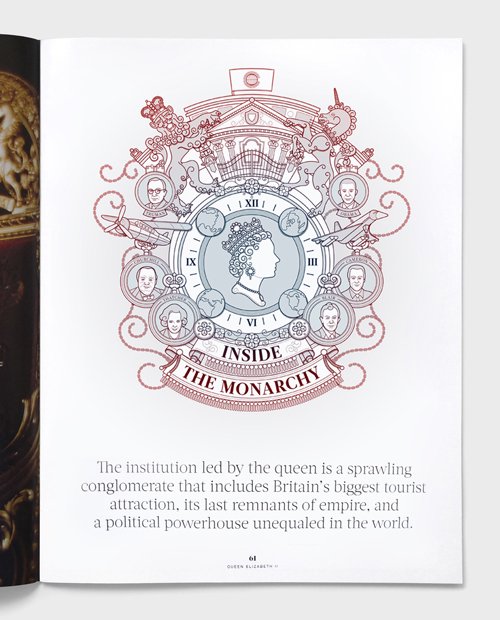 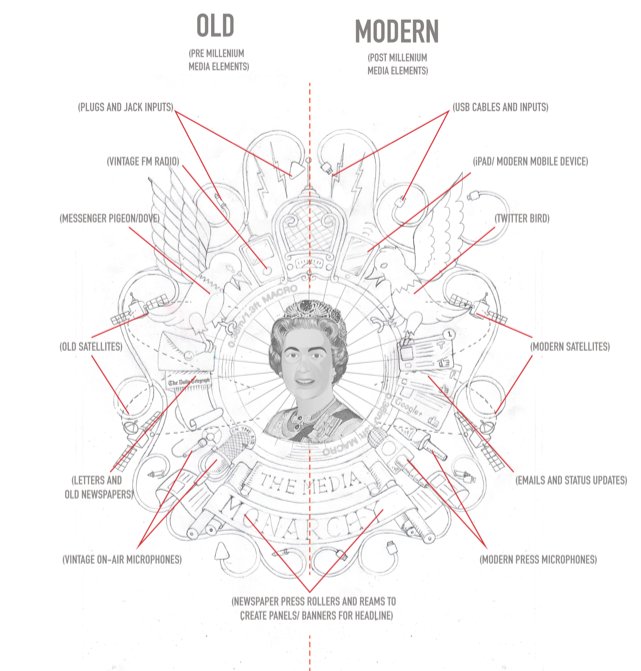