by Herman Manson (@marklives) Wallace Seggie (@wseggie), a South African creative director, has developed an app that brings together  in one place award-winning work from a number of the world’s largest advertising festivals.

AwardsCandy (@AwardsCandy), an iOS app that works on iPhones and iPads, covers winning work in the Film, Print, Radio and Outdoor 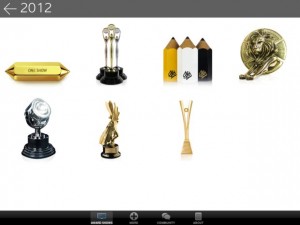 categories from the Clio, One Show, D&AD, Cannes Lions, EuroBest and London International award shows. It has even been awarded official Media Partner status for the 2012 Clios.

The idea is to create a single resource from where to access the winning work from the various award shows. Seggie first investigated the idea in 2008 as a possible website. But it was his first iPhone that convinced him that the project should proceed and that mobile would be the medium to do it in.

Initially, he outsourced the app construction to an outfit in India he found via Elance – a site that connects freelancers with project work. The first try did not turn out the way he wanted, and Apple rejected it initially because it would have downloaded copyrighted work rather than just streaming it.

Deciding to get his hands dirty, Seggie undertook the development of the app himself, registering with Apple as a developer, and finally got the go-ahead for the app to be placed on Apple’s iTunes store on 10 January, incidentally also his birthday. 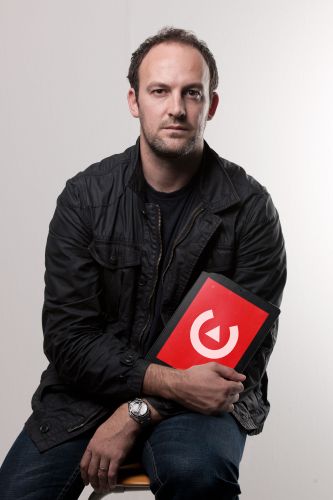 In its first incarnation, the app was designed to only feature the TV categories from three award shows but this has since been enhanced to the current four categories of six international award shows. Each ad is accompanied by a full list of credits.

With this awards season – the first AwardsCandy will be covering – just swinging into action, over a 1000 users of the app, which retails for UK£1.99 (or US$3 – for May 15 and 16 South African readers of MarkLives.com can download the Awards Candy app for the low price of 99c US) on iTunes, has already been registered.

Seggie says that the next phase of development on the app will add social features. He is looking for developers and investors willing to take the app to its next level as it outgrows his technical skill set.

Seggie was a creative director at Bester Burke and before that served as an art director at Ogilvy & Mather and at King James.

Exclusive reader offer: For May 15 and 16 2012 South African readers of MarkLives.com can download the Awards Candy app for the low price of 99c US.