by Arthur Goldstuck. When mapping moved onto phones, the obituaries were written for stand-alone GPS navigational devices. But they are taking on a new life.

Cellphones have been getting rather full of themselves lately, in more ways than one.

They are becoming so feature-laden, it is sometimes absurd to call them phones. They are cameras, camcorders and calendars. Games consoles, 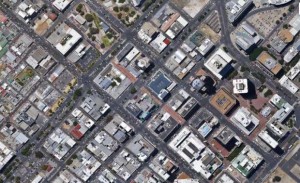 Oh, and navigational devices too. Why would you need a separate device to direct you in the traffic, when most smartphones can do the job just as well? That’s the argument of almost any former user of standalone GPS devices, arguing almost as vehemently as ex-smokers against their old way of life.

Considering that the digital mapping leaders, Tele Atlas and Navteq, are respectively owned by TomTom and Nokia, with Google also staking a claim to this territory and pushing maps onto all devices using their Android operating system, it is no surprise that almost any mobile gadget is now also a navigational device.

In truth, though, there is an enormous gulf between the navigational capacity of an “also” device and an “only” gadget.  For simple mapping and basic directions, the “also” does fine. My BlackBerry phone, using Google Maps, and my Nokia, using Navteq, have got me through a good few directionless moments. But they’ve always left me wishing for a little more – although never quite knowing what the “more” means.

Revisiting the “only” worlds of TomTom and Garmin, however, reveals that, less on the device is definitely more in what it delivers.

Rather than being overtaken by mobile technology, standalone GPS devices have evolved to a level of sophistication and utility far beyond what the phone offers. While Garmin is the best known GPS brand in South Africa, it is TomTom that appears to be claiming the fast lane on this particular information highway.

Its local office has just been rebranded from Tele Atlas to TomTom Africa, and is ramping up capacity to provide live mapping, That’s another way of saying that the maps change as you watch them. By tracking fleets that are fitted with navigational devices, as well as individual users who allow their devices to be tracked individually, it becomes possible to map traffic patterns, and for the device itself to incorporate “knowledge” of those patterns to direct a motorist away from traffic snarls.

But they go a step further. Their users are able to submit information on changes to routes, road names and traffic conditions, which are then assessed and fed back into the maps by a team of updaters sitting in TomTom Africa’s Pretoria headquarters.

“It’s like a call centre, but consisting entirely of people who work on updating the digital maps,” says Nicola Thomson, who looks after sales for the brand.  “And our users in effect become a community of updaters, feeding the information through to the team, using a function called MapShare.”

In one year alone, 45 000 reports were received from South African motorists. You could call this social media for maps: it’s not only Facebook that thrives on user-generated content.

This depth and breadth of mapping information has a further benefit: it provides an on-the-ground sense of what is happening to traffic, in which direction the flow is affected and how long the delay is likely to last.

“Pushing information out to the consumer doesn’t have any meaning,” says Thomson. “You need to know how the traffic is affected, and how long the delay will last. The device will detour you, but also tell you how heavy the

congestion is on alternative routes. It takes into account the fact that other people will deviate on the same route, so you may need an even greater deviation.”

Strangely, this is all good news for their main rival, Garmin: they use TomTom Africa’s maps for their own GPS devices in South Africa.

It is bad news, however, for the makers of fixed, in-car navigational systems that come as optional extras with new cars. These add as much as R15 000 to the cost of a car, but are instantly obsolete. For a tenth of the price, you can get a top-of-the-range device that will keep updating itself.