The agency as an idea incubator 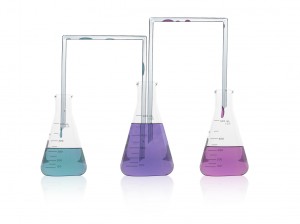 By Charl Thom, MD, FoxP2.  At the recent memorial and tribute to Steve Jobs, Jonathan Ive, Chief Designer of Apple, had the following to say about ideas: “Steve treated the process of creativity with a rare and wonderful reverence. You see I think he, better than anyone, understood that while ideas ultimately can be so powerful, they begin as fragile, barely formed thoughts. So easily missed. So easily compromised. So easily just squished.”

For an agency to be a successful idea capturer and incubator, it needs to be a company made up of ideas people across every part of the organisation. It needs them in account management, in the creative department, in strategic planning and yes, even in finance, but in particular, and its purest form, it needs them in an actual owner capacity as a Creative Director or Creative Partner.

This is a critical and non-negotiable elixir in the ownership make up when creating an agency that will consistently produce paradigm shifting creative solutions that deliver a disproportionate return on investment. Such a partnership, with a significant and meaningful shareholding by the creative partner, is the only way to guarantee genuine influence by the ultimate creative inspiration and creative orchestrator of the agency.

Without this kind of influence, decision-making will be slowly but surely compromised, which will lead to the gradual erosion of creative integrity across the organisation. As the saying goes, a fish rots from the head down, and the great ideas will eventually be missed, compromised or squished as Ives points out. The agency becomes like an Italian shoemaker owned by a British accountant, or a Swiss watchmaker owned by an American sales rep. The agency’s heart, its raison d’être, will be replaced and driven by other motivations. And the work will suffer.

Steve Jobs briefed Chiat/Day in the early 1980’s to produce a game changing commercial for the release of his new Macintosh product. In answer to this brief, Lee Clow and his creative partner presented the idea for the now famous 1984 commercial. Jobs approved the idea and one of the most iconic ads in history was produced by none other than Ridley Scott. However, when the ad was presented to the Apple board, it was bombed. In fact, Mike Markkula, the then chief of Apple Computer Inc., suggested that Apple do not flight the ad and asked the board to vote in favour of firing Chiat/Day. Markkula, you see, was not an ideas man, he was an accountant, an out and out bean counter. He had missed the powerful potential of the idea and the work, even after it had been produced.

Chiat/Day however, kept their faith in the work despite the reaction of the Apple board. They believed it would create unparalleled awareness of Macintosh and the Apple brand. In fact, when the agency was ordered to sell back two timeslots that had been booked to air the ad on CBS, they defied Apple and only sold back one spot. This act of defiance and unwavering belief was the catalyst to a remarkable series of events that eventually led to the ad being aired during the Superbowl anyway. To this day, 1984 is considered one of the greatest commercials in the history of the SuperBowl. It was updated in 2004, 20 years later, to feature an iPod. Had the ownership of Chiat/Day’s business not included genuine creative partners, this courageous and risky decision to salvage one of the world’s most remarkable commercials, would never have been supported and seen through.

We spend a lot of time filling out documentation for brands that are on the hunt for a new agency partner. Very rarely does the request include information on the exact shareholding of the agency. Like any other business, an agency needs partners with different skill sets and expertise to ensure its all-round commercial success, but it’s worth being sure that the creative partner owns a meaningful share in your chosen agency. One that gives them real influence in the creation and management of the agency, the clients that the agency chooses to work with, the kind of work that is done for those clients and the business imperatives that form the foundation of the operation. And the name of a dead or retired adman on the door doesn’t count – it merely serves as a reminder of how great agencies were born.

Reprinted from the blog of Charl Thom.