A young creative worker from one of South Africa’s leading advertising agencies has spoken out on the pain, anxiety and social guilt he has suffered as a result of an award winning campaign. John Doe reports.

The campaign has seen ‘love tags’ attached to a leading brand of breakfast cereal. The removable tags (containing lines such as: I Smaak U!, U Turn Me On! and Be My Bitch!, amongst others) have rapidly become a feature of local sidewalks, garbage bins and schoolyards.

“I won an award for the idea, which I suppose is good career wise,” says Adam Smith (24). “But there has been a major downside to the whole thing. Every time I go out I see these tags lying on the street, I see them still attached to cereal boxes in supermarkets, I even saw a pre-pubescent boy chasing a girl down the street waving a ‘Be My Bitch!’ tag the other day. I just can’t shake the feeling that I am responsible for polluting the social landscape.” 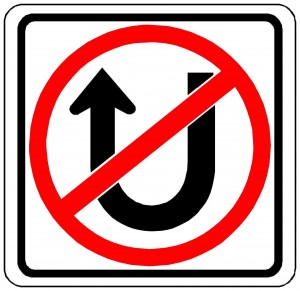 The substitution of a capital letter U for the actual word has also been very difficult to cope with,” Smith added.

Smith received a raise, industry wide acclaim and an international award for his idea. But, he says, the concept was little more than Monday morning sarcasm and was never intended to be acted upon. Smith also admits that there were a variety of illicit substances circulating through his bloodstream at the brainstorming session concerned.

“I went out on the Friday night, and I only got to bed sometime late on Sunday evening,” he says. “So at work on Monday I really don’t think I was in a sound frame of mind to be making creative decisions.”

Despite his tenuous mental condition and lack of interest in the campaign, Smith is now responsible for the thousands of ‘love tags’ cluttering South Africa’s streets.

“The creative director had come up with the idea of removable tags,” says Smith, elaborating on the creative process. “They asked each junior to contribute with an idea for the copy. When my turn came around, I said ‘Be My Bitch’, intending to be sarcastic and actually referring to a funny conversation I had stumbled across on Saturday, when a bunch of us were looking for another club to go to. I was shocked when the creative director leapt on it, and even more surprised to find myself pitching the idea to the client two days later.”

Moral anxiety as to the social effect of advertising is not uncommon within the industry, according to leading psychologists. However, such feelings are not openly accepted within the work place – leading to high levels of paranoia and anxiety amongst many workers.

In-house rehab sessions and moral culpability classes are just some of the ideas mooted within the industry to deal with moral confusion amongst its workers.

To date, however, advertising agencies have yet to be seen to be taking responsibility for providing staff with such coping channels.

“I did approach my boss about the whole thing,” says Smith. “But I kinda wish I hadn’t. He looked at me as if I was nuts and then told me to grow up and accept that advertising is a whore’s business. I guess he’s right, but it hasn’t made it any easier for me when I go grocery shopping.”

— John Doe has enjoyed a long career as an executive assistant, working with a variety of major global brands in a clerical capacity. Long famed in the corporate sector for his legendary dictation skills, Doe has also gained acclaim for his incisive media journalism. Although queries have been raised as to the veracity of some of his information, Doe is adamant that he simply reports on media issues that he comes into contact with – his sources remain a closely guarded secret. Doe dismisses as ‘unsubstantiated’ and ‘possibly defamatory’ allegations that he is in fact one Andrew Miller of Unity Design.