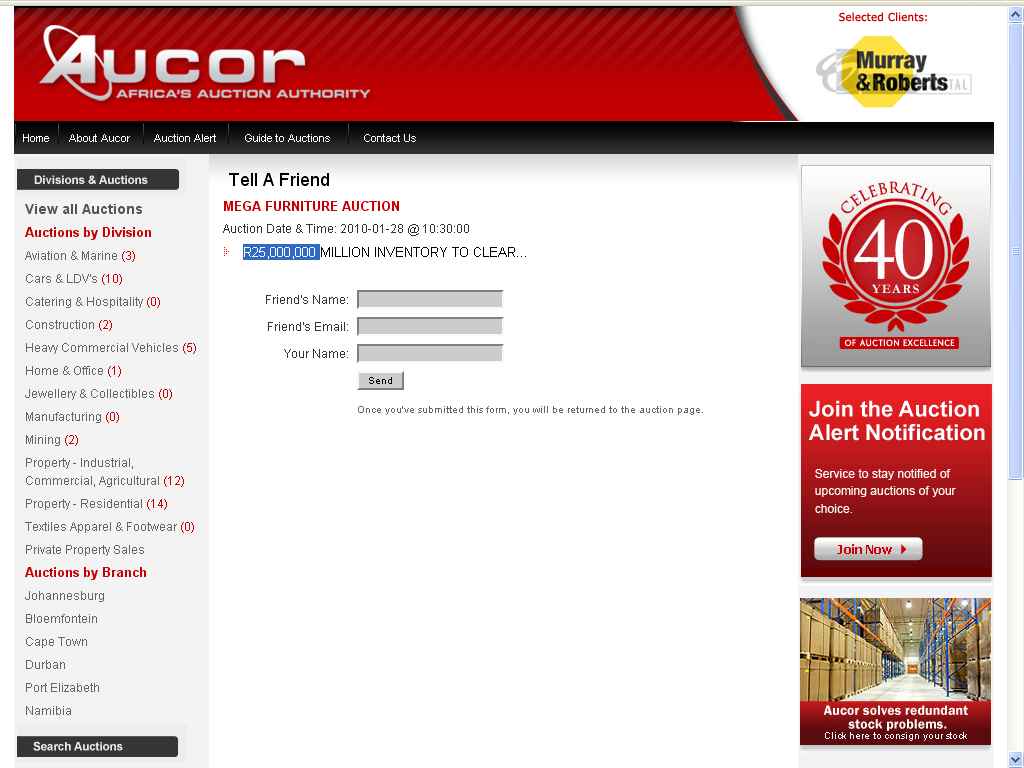 I have never met Rick Raubenheimer but I can yell you the guys has a sense of humour. He recently lodged a complaint with the Advertising Standards Authority of SA (ASA) against a print advertisement for auction house Aucor.

“In essence, the complainant submitted that the claim to clear 25,000,000 million is impossible as that is approximately 10 times the GDP of South Africa,” writes the ASA.

Aucor submitted that the ad was an error and that it would not be used again. The ASA didn’t rule on the merit of the case since the advertiser in question undertook to withdraw the case. A text version can however still be found on the Aucor website.