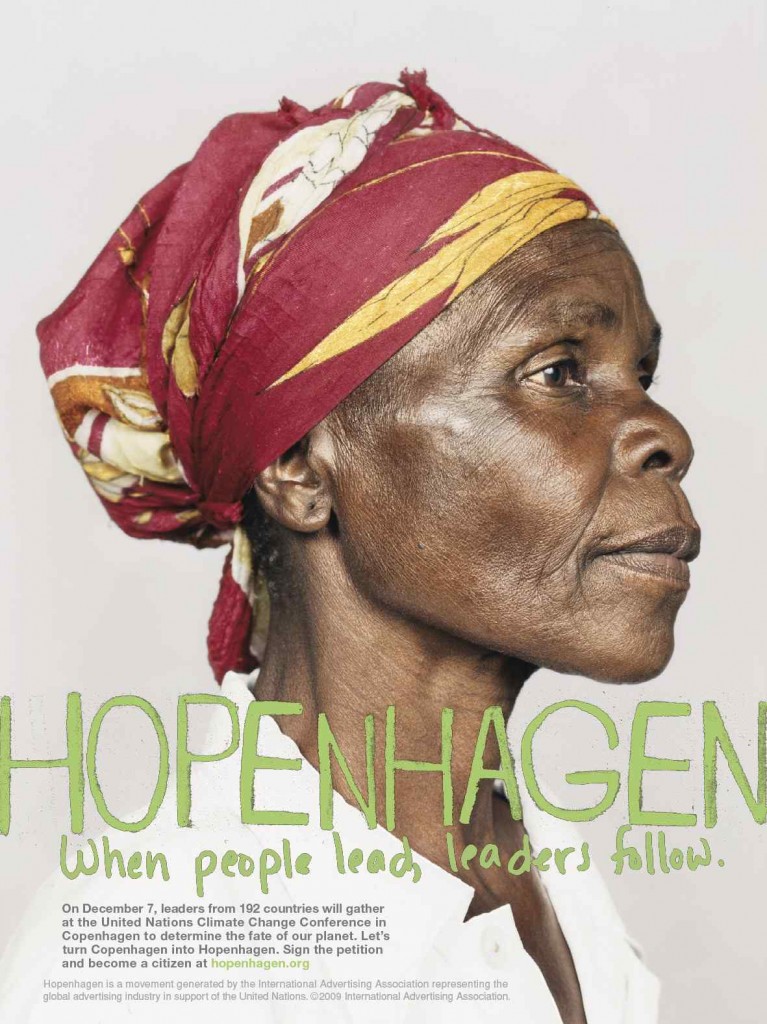 On December 7 leaders from 192 countries will gather at the UN Climate Change Conference in Copenhagen.  Since the conference in Kyoto global carbon dioxide emissions have increased to a record 31.5 billion metric tons. That’s 40% above levels in 1990, the basis year for the treaty.

In September the network of Ogilvy agencies launched a world-wide campaign for citizens to turn Copenhagen into Hopenhagen. By visiting http://hopenhagen.org/ and signing the petition South Africans can become join the Hopenhagen movement. The petition and all messages will be presented by the UN to the conference delegates.

The petition outlines that the people of the world urge political leaders to:

– Seal the Deal at COP 15 on a climate agreement that is definitive, equitable and effective.
– Set binding targets to cut greenhouse gases by 2020.
– Establish a framework that will bolster the climate resilience of vulnerable countries and protect lives and livelihoods.
– Support developing countries’ adaptation efforts and secure climate justice for all.

One Response to “Copenhagen to Hopenhagen – Climate Change Conference”