Loeries 2009: Apocalypse Now? Loeries 2009 happened this past weekend and as creative directors popped corks and downed shooters Jarred Cinman tells us why he believes their job prospects are no longer what it used to be. 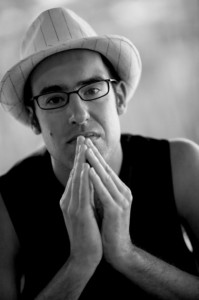 I have noticed a strange change in the attitudes of “traditional” advertisers toward digital and mobile over the past year or so. I used to hear them saying that digital would be a niche, more akin to direct mailers, and that nothing would challenge the dominance of the big TV ad.

Now they seem considerably more contrite. Suddenly they’re talking about the need for “integrated” campaigns and lauding the digital dream, whilst still emphasizing the need for traditional advertising methods for brand building and emotive messages.

Personally I think we’re seeing nothing short of the slow death of an industry that has basked in its own glory for 100 years.  From the mad men of the 50’s to the massive conglomerates like WPP and Omnicom, these bloated, self-congratulatory businesses have cynically shaped the world’s ideas on everything from the weight you need to be to be happy to the car you need to drive to get sex. And their time is ending.

That doesn’t necessarily mean their values and agendas are being subverted. Instead they are buying digital agencies like crazy and reshaping their stories to sound like they were ones that invented the internet. But it does point to the devaluing of one particular animal: the Creative Director.

These days he is as likely to be asked for an ROI spreadsheet as he is to recommend a good place to get your forehead pierced. And this is the gift and the sword that digital has wielded. To open the eyes of business to the idea that marketing and advertising can be measured, and that smug and self-satisfied post-modernist perfume ads with anorexic women embracing swans probably don’t sell products.

Digital is all about measurement. About truth. And about using that truth to make better decisions, refine messages and calculate your engagement with customers. And as that happens, and the world speeds up, the time allowed to produce ads will decline, along with the budgets to do so, and the great creatives will, I believe, be a thing of past. Replaced by a different kind of genius who understands statistics instead of emotion, and twitter rather than glitter.

And it would be senseless to lament this because, after all, this is not art. It is selling toilet paper and tampons and cheap holidays to Greece. And the less money and energy that is wasted in euphemizing that the better for us all.

– Jarred Cinman is software director at Cambrient. He co-founded Johannesburg’s first professional web development company and was one of the founders of VWV Interactive, for many years the premier creative web business in the country, winning numerous Loeries and international awards.