Loeries 2009: Apocalypse Now? With Loeries 2009 just past Mandy de Waal looks at how digital and mobile technologies are forcing the reinvention of advertising.

Before you lift that glass of bubbly to your lips, take a look around your world. Everything you know is about to change. Forever. The continued growth of the mobile market together with the coming broadband boom and rise of telecommunications entrepreneurs and competition to Telkom means that cellular and internet connectivity is going to be more pervasive than it ever has been. This as key municipalities and government (at last) start their own broadband initiatives to get cities wired. Even Knysna and Royal Bafokeng have got in on the act realizing that broadband is directly connected to regional economic growth and development.

What this means for marketers and agencies is a complete revision of the advertising model as consumers begin to live in channels that are social, connected and dynamically changing all the time. And as they do South Africa’s top experts offer insight to agencies about how the coming revolution will affect them. 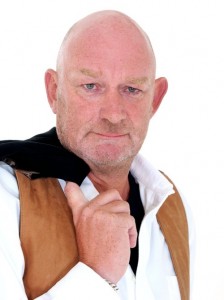 MARK SHERRINGTON: “The whole advertising model is inappropriate. Advertising agencies think in terms of media, they just can’t help themselves. When TV started 50 years ago agencies took radio ads and put visuals onto them. The same thing has happened with the internet. If your only tool is a hammer, then every problem looks like a nail. What we are dealing with is not just a media but a social forum, a distribution channel, an aggregator, a connector. An exchange that has technology at its heart so it is changing all the time. If what you are doing is writing ads to distribute via media channels then the entire way you are looking at digital is wrong. Although traditional advertising talks about attitudes and behaviours, fundamentally what agencies are doing is trying to change what people think about a brand. When it comes to digital you are interested in what people think, but you are fundamentally trying to change what they do. This is why digital is so measurable and accountable because it affects what people do. Then the sheer pace of digital is overwhelming and the traditional model works completely differently to the way digital works. Digital is more dynamic, immediate, and demands real time thinking. Because of this you have to experiment in a way you can’t in traditional advertising. The heart of advertising is creativity; the creativity you apply in the traditional advertising world is having an idea and finding an expression for that idea. In online creativity is crucial but it is about reconfiguring and finding different connections – you have to be creative in a three dimensional way. Digital brings together a multi-verse of tools, applications and solutions like search, social media, commerce, and aggregation, so creativity is about finding fresh and interesting connection in the way that things work together.” – Sherrington is the Non Executive Chairman of Quirk eMarketing was a brand manager for Unilever and found global brand and market insight company Added-Value. 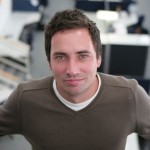 MATTHEW BUCKLAND: “To decide whether you should advertise online and how much, a brand should ask: what is the internet penetration of my particular target market? That should determine the level of your investment in web, mobile or social media advertising. National internet penetration figures are in fact, and have always been, irrelevant.” – Buckland heads up an innovation start-up called 20FourLabs for Naspers’ 24.com and is the former GM of Mail & Guardian Online. 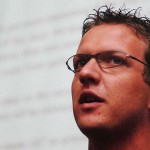 MIKE STOPFORTH: “There is a growing aversion by consumers to traditional advertisers. It is not a conscious aversion, more a natural, primal response to a serious lack of capacity to consume all the messages and communication that consumers are required to take in on a daily basis. It is not so much a battle between consumers and advertisers nor an uprising. In advertising what is required is a natural progression away from the patterns and behaviour we have come accustomed to. It is about rethinking the approach to consumers as consumers, who simply don’t have the time and space to pay attention to what advertisers would like them to pay attention to. Attention is a scarce commodity that we now have to vie for.” – Stopforth heads up Cerebra, and is a technology commentator for local media. A co-founded of Afrigator and 27dinner Stopforth lectures on social networking at business schools and universities.

ANDREA MITCHELL: “Advertisers are already moving into the digital realm, as they know it’s more cost effective and of course, measurable. Other 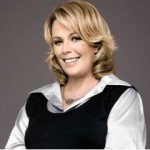 mediums are feeling the pinch, but I’m pleased to say, digital is smiling as a result! And of course, there’s the matter of consumers no longer tolerating being “told” what they should or shouldn’t – do/have/get/be – thanks to digital’s influence. Advertisers are realising this. But a lot of education is still required though.”
– Mitchell has been actively involved in digital marketing since 1997 and is hugely respected in the digital marketing field. She is the founder of digiVOX, a specialist digital marketing agency.

GRANT SHIPPEY: “Is traditional media measurement an ineffectual stab in 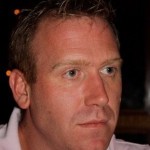 the focus group dark? Broadband and mobile is here. Experiment. Measure everything. Make profit… and know where it came from.” – Shippey is the CEO of Amorphous New Media. Shippey serves on the e-commerce committee of the Direct Marketing Association and speaks on the conference circuit.