[Posted by Mandy de Waal] I was speaking to Clem Sunter the other day when he told me that in Darwin’s first edition of Origin of the Species, Darwin didn’t talk about survival of the fittest, rather the survival of the adapted. The short code = those who survive (and thrive) are those that adapt the fastest. What Darwin meant was that survival is ensured for those who best fit the environment as it changes.

This concept has more relevance for the advertising than it ever has. Advertising saturation and consumer resistance to advertising is rising, while the internet is changing the face of marketing forever. Besides making every man and woman a publisher, convergent media (the Web, mobile phones and other connected devices) is realizing the disintermediation of advertising. Before traditional media held all the power and advertising agencies and brands had to work through these media to reach consumers. The landscape is changing and those media who remain uniquely relevant to the consumer will win through.

The other winners will be advertising agencies who use unique, innovative and relevant means of reaching consumers in a way that excites and engages them. Take a look at what’s happening as creative hot shops connect to consumers innovatively and in a way that rocks their world.

In-flight advertising (as seen on I Believe in Advertising) created by Ogilvy & Mather, Kuala Lumpur, Malaysia for Golden Holidays. 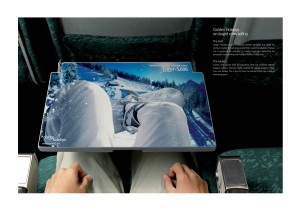 In France two innovators have solved the fuel crisis and created a new form of outdoor advertising with the Cyclopolitain, (first seen on W3sh). 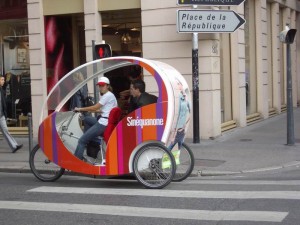 Then from Nocturnal Design Lab comes an advertising solution that in itself is a revolution – the billboard that provides housing for the homeless. 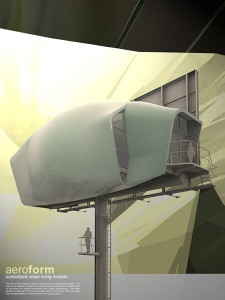 Although conceptual the billboard-come-abode is reminiscent of the solar powered billboard, the awesome innovation by NET#WORK BBDO for Nedbank that won a slew of local and international awards. 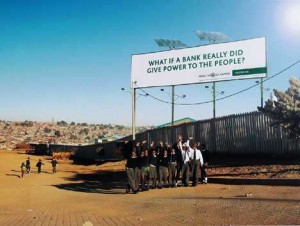 Mandy de Waal is a former broadcast journalist who now writes for a broad range of local and international media. A columnist for MarkLives, de Waal microblogs at Twitter, vlogs at Zoopy and authors her own blog, Artificial Intelligence.

2 Responses to “Survival of the ad-apted”