#DesignIndaba25: All that glitters isn’t gold

by MarkLives (@marklives) This year, Design Indaba celebrates its 25th edition. A panel of agency and media execs who’ve been regular attendees tackle: What impact has Design Indaba had on the thinking, attitude and leadership of agency and marketing creatives and executives? Has it evolved and inspired you to research new ways of doing and thinking? Has it changed how you perceive the industry? Have there been any personal highlights, and where should the event pivot next — what can it do to add meaning to the industry and to one personally? Next up in our #BigQ panel is Retailing Africa‘s Louise Burgers. 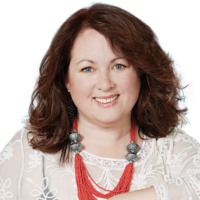 Louise Burgers (previously Marsland) is the publisher and editor of RetailingAfrica.com (@retailingafrica), launched in partnership with MarkLives. She has attended Design Indaba almost every year for the past 15 years as a journalist and editor for various leading industry publications.

The day that global design guru and former jailbird, Martha Stewart, took to the Design Indaba stage in 2010 at the imposing Cape Town International Convention Centre, to talk about glittered ham for that special occasion, was the day Design Indaba (DI) had to begin its evolution to where it’s now: a major sustainable design festival in a more-accessible design space at Artscape, with a younger audience served by an increasingly diverse, millennial on-stage talent mix.

The takedown on social media of Stewart is the stuff of legends. It was brutal and the first time Design Indaba was defined by the social media shitstorm that made the mainstream press, rather than the feast of global design and innovation from senior design talent we usually gorged ourselves on.

Stewart’s arrogance at not researching her audience ahead of time and assuming we were middle-class housewives interested in eggshell-hued pastel paints in 50 shades of white and how to cook the perfect traditional Hallmark-channel Christmas movie dinner, complete with edible glitter for glittering effect, resulted in the first and only mass walkout of any Design Indaba speaker in its 25-year history that I can recall. Stewart could have received a standing ovation if she’d appeared in her prison orange jumpsuit and recounted how she redesigned her prison cell while “finding her true inner-authentic self” while incarcerated, instead of the mocking laughter she got.

It was a misstep that was quickly corrected by DI founder and guru, Ravi Naidoo, who segued neatly through the drama and continued to reinvent the festival, which — without a doubt in its 25-year history — has changed South Africa’s design industry and the thinking of many of our creative leaders today. Some years are better than others; some speakers make you emotional with their heartfelt delivery and incredible journeys and impactful design; others leave you gasping at their bravado and their talent.

One immutable fact is that you don’t walk away there unchanged. You will go forth and innovate. Whether it’s in your work or your art or your hobby. Design Indaba’s mission today is to influence us to create meaningful change, to design with purpose, to change the world.

Apart from the turning point that Stewart heralded, the speakers that have stood out for me over the years for their sheer brilliance haven’t necessarily the big-name designers. As a writer, it’s the storytellers who touch my soul, whether by words or their work. At the top of the list of those that stick with me as awe-inspiring, are Ferran Adrià, the famed head chef of El Bulli in Spain, the Michelin three-star restaurant that was ranked the best in the world from 2006 to 2009, whose food creations are spectacular and push molecular boundaries. He could barely speak English and his slides were blurry, but his genius is unrivalled and it was wonderful to see him in person at DI 2009. His message was that nothing was impossible.

One of my best DI speakers, however, remains Dutch artist, innovator, interaction designer, Daan Roosegaarde, in 2013. His sustainable, futuristic and fun solutions include his wonderful Dune lighting system, which transforms dark community spaces into tactile, interactive destinations; his glow-in-the-dark paint for highways, which recharges during the day to light up the highways at night; and a touring colourful club dancefloor that produces energy when people dance on it. Utter genius.

Sticks in my mind

Another presentation that sticks in my mind is when we listened to water dripping into an earthen jar in a temple in Tokyo, on the other side of the world — in real time in 2008 — when Prof Shinichi Takemura, a renowned media producer from Japan, took to the stage to talk about his Tangible Earth project. He created the first 10m-to-one digital scale model of the earth, where any man-created or environmental event can be plotted on. His philosophy is that, if we were properly connected to global events, hearing the screams of victims real-time, for example, in war, or watching forests being denuded in front of our eyes, it would make us react differently and be more sensitised.

In the last couple of years, more talent from Africa or the diaspora has been introduced, such as the young Kenyan, Leroy Mawasaru, who transformed his village by coming up with a renewable energy solution to transform human waste into electricity, thereby also protecting their drinking water source from contamination; and, more recently, in 2019, we heard from Kenyan filmmaker, Wanuri Kahiu, who wants to change the narrative on Africa — for the rest of the world and for Africa. She wants Africa to also be known for its joy, its beauty and rich history, and is on a mission to tell our happy stories in film and books.

And that’s where Design Indaba should go for the next decade, in my opinion: to look more towards the African continent for its innovators and its storytellers and the new world we need to craft to ensure our children have a future on our beautiful continent. East, West, Africa is best. Let’s tell the rest of the world.