Help! I’m an ‘adult’ in advertising & I’ve no idea what I’m doing

I’m fully aware that I’ve only spent five minutes as a copywriter; nonetheless, I feel a strong urge to share my observations of the faraway, strange and exciting swamp planet that is the advertising industry.

Observation 1: It will be okay

“It’s just advertising, Shannon; we are not surgeons,” my mentor said on one of my many ‘I CAN’T DO THIS’ days. He reminded me that we’re just creative people trying to come up with creative solutions. And if one or two briefs get the better of us because we don’t know how to sell that soap that’s more expensive and less foamy than the rest, IT WILL BE OKAAAAAY.

Guess what? Most seniors don’t want advertising newbies to burn out. They don’t want us to stress like they did. They want us to feel the sunshine on our faces (believe it or not, during the week, too). They want us to go home at 5:30pm (most days). They want our nails to remain unbitten and our back problems to come with menopause and not on our 23rd birthdays. You’d think that hearing this so often would stop me from treating my nails like an Uber Eats delivery or from holding back tears in reviews that really aren’t going THAT badly.

The thing is, anxiety doesn’t have a target market or a strategic platform. It’ll hit you right where it hurts, just because it can. If you can get a handle on it and hit it right back, props to you. If you can’t, please know that you’re not the only one.

When my partner and I went into an ECD meeting with the CEO, we swallowed our words and coughed out our ideas. Five minutes beforehand, we’d discussed how we would talk through our ideas while showing pictures for reference. Cut to us clicking through slides with zero words and plenty of ‘no, you go’ glances exchanged between the two of us. It definitely brought us closer but our expectations of ever being hired at FCB Joburg further than ever. Luckily, that day we were harder on ourselves than the people who chose to keep us at FCB.

How do we get better at it? “The more you do it, the better you’ll get.” says every senior I speak to.

So, what you’re saying is that I have to walk through the fire so I don’t get burnt? That’s disconcerting. Unfortunately, in this case, I’ve learnt that the only way out is through.

Observation 3: Fake it until you make it

Ahh radio — a copywriter’s biggest dream and an introvert’s living nightmare, especially when the first voice you EVER direct just happens to be your CEO. Nevertheless, I ‘Hitchcocked’ all over that studio (with helpful whispering from my CD, of course).

“Project an aura of calm and certainty, even if you’re not sure you really know what you’re doing,” says Google. Well, thanks Googs, I’m cured, until I remember that you can direct a voice artist too much OR too little. The wind might be blowing and trees falling down but remain on the tightrope and, whatever you do, DO NOT fall into the burning pit of pointy rocks. Also, no pressure!

Now, despite the fact that I’ve spent a couple hundred words talking about my issues, think of me as the ‘way-less-professional’ agony aunt of advertising. Confused and in a panic? Oh my gosh, me too! We have so much in common and must compare notes.

I’d like to mention that I do love my job, especially the addictive thrill of coming up with an idea that isn’t shit. But, still, this millennial vent felt so comforting. You should try it sometime. Until then, don’t mind me. I’ll be attempting to trek to the elusive and promising land they call ‘Further’. 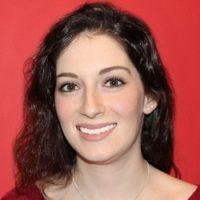 Shannon Koor is a junior copywriter at FCB Joburg.

One Response to “Help! I’m an ‘adult’ in advertising & I’ve no idea what I’m doing”