#BigQ2018: World of marketing & advertising a sea of complexity

by MarkLives (@marklives) What are the expectations for the marketing and advertising industry in 2018? We emailed a panel of key industry executives for their take on the macro environment, budgets, changes in messaging, movement in the industry and any consumer and communication trends they’ll be looking out for. Next up are Tara Turkington and Tiffany Turkington-Palmer of Flow Communications. 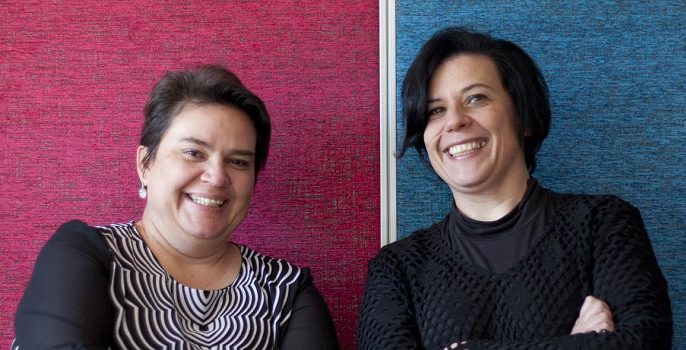 Tara Turkington (@taraturk1) is the CEO of Flow Communications, which she founded in 2005. It specialises in social media, content development, graphic design, web and app development, exhibitions and public relations. Tara is a past journalist and university lecturer. Tiffany Turkington-Palmer (@wooze66‏) is the MD of Flow. She has a background in graphic design and communications, and often serves as a judge at awards. She is on the VEGA advisory board and is an examiner for the International Society of Typographic Designers (ISTD). Tiffany is also a past university lecturer.

The world of marketing and advertising is a sea of complexity, sometimes turbulent, never calm, often dangerous for both advertisers and marketers. It’s not always easy to identify where currents or trends are going — some are short-lived, some longer term; some come from disruptions outside of the industry, some develop over time from inside it. Here are seven to keep your eye on in 2018 and beyond…

The world of marketing, and digital marketing in particular, is becoming increasingly specialised. Take the field of social media, for example.

A few years ago, it was eyebrow-raising to some older members of the industry when companies hired people to work exclusively on Facebook. Facebook is the biggest social network in the world and in South Africa, making it now impossible for marketers to ignore. Around 16m, or 75% of South Africans who are on the internet, are on Facebook, according to research by World Wide Worx released last year. Nowadays, we need several different people to use Facebook as effectively, efficiently and creatively as possible — community managers, digital designers, paid Facebook marketers and content developers.

Similarly, other influential social networks such as Twitter, Instagram and Snapchat require different expertise. Google requires its own set of specialists.

In other areas of the industry such as print, new colours, papers and ways of printing continue to emerge, and contrary to some views that print is dying, it continues to grow globally.

One takeout from this trend is that if you are running an agency, you will need to be continuously looking for or developing new skillsets on your team, just to keep up with your own areas of focus. There are also more opportunities than ever before to do new things. We’re seeing whole new types of specialist agency emerge — such as content marketing, search marketing and social marketing agencies.

While the advertising and marketing industry is becoming more specialised, the need for integration between disciplines is growing. Advertisers want campaigns that are more effective and cost-effective than ever, and this often requires different elements to work in concert to attain the greater goal. Where, in the past, we might have seen a specific PR or social media campaign, often the best campaigns are now integrated, leveraging the best of many worlds.

It’s becoming more and more the norm for advertisers to be appointing either integrated marketing agencies rather than specialists (eg an advertising agency with strong digital capabilities), or a panel of specialist agencies that are required to work together well. We’re increasingly seeing the coming together of elements such as PR, social media, web, app and software development, and offline elements including print, collateral and exhibition design, in single campaigns. One of the most hotly contested categories at the 2017 New Generation Digital and Social Media Awards, for example, was the Integrated Marketing Campaign, which attracted dozens of entries.

We are in an age of ever-increasing, ever-improving technology. Never in the history of humanity has technological development moved so fast. A hugely disruptive and exciting trend is the rise of artificial intelligence (AI). AI is an umbrella term for a lot of different things. It is partly about infusing the intelligence of humans into robots, and getting robots to do things humans did previously (eg some international hotels are already using “botlers” — small robots that can even avoid people in passageways — to deliver room service). Humans learn and understand through their senses — by touching, hearing, seeing, etc; the machine learning component of AI is about computers learning to learn the way humans learn.

Probably the coolest and most useful aspect of AI for the marketing and advertising industry is its predictive ability. Statistics say what has happened. Analytics say why and how things happened. But, by using and synthesising big data, AI can say what will happen. AI has the ability to predict things such as demand more accurately than ever. It may help us target markets within highly specific areas. It can discern gender, age and emotions of shoppers.

One example of AI in action is Australia’s Little Ripper Drone which monitors thousands of kilometres of dangerous coastline. It can detect large sharks (and tell them apart from whales and dolphins) and issue warnings to surfers, drop flotation devices and alert coastguards, all at a fraction of the cost of what these types of services would have cost before.

AI is going to mean more for humanity’s technological development than the wheel did. Clever advertisers will figure out ways to tap into it early to gain competitive advantage. As marketers, we have to think hard about how to harness this technology and help our clients be early adopters so, as partners, we can all be leaders in our industries.

AI is useless without “big data” — another rather nebulous term used to capture a wide range of activities including data capture, analysis and synthesis. Big data allows us to capture and mould information to interpret the present, past and even the future in ever-more exciting ways. We all have lazy assets — data we have that we don’t do anything with. What does your company have? Sick-leave data for the past five years? You could use it to interpret what percentage of your staff is likely to be sick at any given time, allowing you to plan better. The National Football League in the US is using big data analytics to predict injuries in particular matches, depending on weather conditions and location.

New markets are developing with each of these technologies, providing new opportunities for both advertisers and marketers. Similarly, these technologies themselves have the ability to be transformative in the way we market.

The blockchain is a distributed ledger technology that is built over time and on the internet and that underlies cryptocurrencies such as bitcoin. It is another new disruptive technology that has been likened to the invention of the internet in terms of its far reach and multiple applications (bitcoin is only one small application of the blockchain). The blockchain provides a way to indisputably record and transfer data that is transparent, safe, auditable and resistant to outages. It has the ability to make the organisations that use it more transparent, democratic, decentralised, efficient and secure.

It’s a technology that holds a lot of promise for the future, and it is already disrupting many industries, including banking. In marketing, blockchain is likely to help build trust for consumers — eg, blockchain could be used to verify each step of the manufacturing and distribution of a product, ensuring for the purchaser that it is authentic and ethical. This could be used for a wide range of products, from diamonds to coffee to shoes. Big global corporates such as SAP, IBM and UPS are exploring using cryptocurrencies in the next six months.

Blockchain is here to stay, and, like AI and big data, offers advertisers and marketers new markets as well as new ways of doing things. If you don’t understand it yet, now’s the time to explore it more carefully.

6. Knowledge is your competitive edge

The Internet of things (IoT) is the network of physical devices, vehicles, home appliances, and other items embedded with electronics, software, sensors, actuators, and network connectivity which enable these objects to connect and exchange data.

Each thing is uniquely identifiable through its embedded computing system but is able to inter-operate within the existing internet infrastructure. Experts estimate that the IoT will consist of about 30bn objects by 2020, producing trillions of pieces of information per second.

While data is everywhere, knowledge is unique. Knowledge is what you do with your data, seeing correlations, relationships, layers and overlapping patterns. Future job titles will be things like “knowledge carriers” and “knowledge innovators”, and the “chief analytics officer” (CAO) is likely to become one of the most-important roles on the board of the future. How are you creating and using knowledge, possibly through the use of any of the technologies mentioned above?

7. The currency of culture

In this rapidly evolving world that is so dependent on technology, human interaction remains key. For agency owners, now is the time to invest in culture, more than ever. Culture is your brand. Culture is a currency on its own.

Stiffer competition, shrinking budgets, clients who demand more than ever for less than ever, tight cash flows and slow and bad debt are some of the factors contributing to high stress levels and slimmer profits across the marketing and advertising industry. Now, more than ever, our employees need to feel safe and appreciated. A strong, values-based culture is your most-powerful weapon against an uncertain future. It will keep your staff loyal and positive.

2 Responses to “#BigQ2018: World of marketing & advertising a sea of complexity”