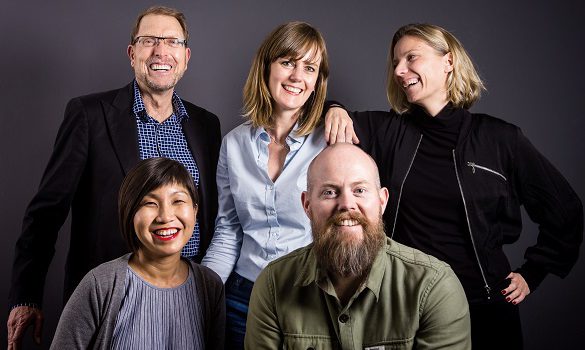 Kevan Aspoas, CEO of Jupiter Cape Town, is stepping back from day-to-day operations to take on the role of chairman for the Cape Town agency and the group (which includes Blackriver FC in Johannesburg and Weathermen & Co. in Windhoek). Aspoas, alongside Ross Chowles and Joanne Thomas, launched the agency in 1994.

The agency will now be lead by Lucas van Vuuren, who has been its executive creative director for the past two years, and Michelle Beh, who steps up as managing director in addition to her role as strategic director. Public relations will continue to be run by Jupiter’s head of PR, Luanne Slingerland.

Jupiter Cape Town has gone through a round of retrenchments, says Beh, with half its staff count being affected. Between 15–20 people will remain in the agency at the end of this process. Clients include Burger King, Virgin, Sasko, WebAfrica, Mediclinic and Protea Hotels.

She also dismissed market speculation that the agency had gone into business rescue.

According to Beh, the restuctured agency aims to deliver more value to clients; in the past, there were too many layers of people between clients and those who had to find a creative solution. A creative dierctor/strategist pairing will take ownership of client relationships, backed by a project manager. The agency will no longer employ any account service staff.

In the year ahead, Beh wants to see The Jupiter Drawing Room (Cape Town) take the lead in building and growing challenger brand clients.