by Herman Manson (@marklives) Superbalist has established itself as the leading online youth fashion retailer in South Africa, following its acquisition by Takealot (backed by hedge fund company, Tiger Global Management) in 2014.

Today, it employs 130 permanent staff as its headquarters in Cape Town, and another 20 or so freelancers and consultants. The average age for Superbalist staffers is 27 — a conscious decision which allows the retailer to think and act like its millennial consumer base. 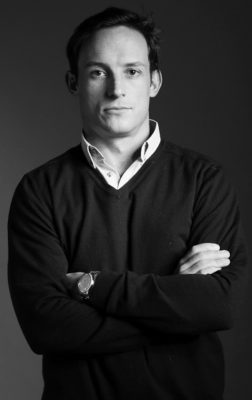 Superbalist has been reinvented several times by its founders to get it to where it is today. It launched in 2011 by Luke Jedeikin, Claude Hanan and Daniel Solomon as CityMob, a group-buying outfit focused upon high quality deals that evolved to focus on ‘flash sales’ (time-limited sales), following a shakeup in the group-buying market. In 2013, the online designer retailer rebranded as Superbalist.com.

Going from self-funded to well-funded hasn’t meant the group culture has changed from what co-CEO Jedeikin acknowledges as “austere”; thinking remains long-term and focused. What has changed is scale, both in terms of processes and the number of people involved. The company is no longer reliant upon which product may be available on consignment, as it was during its CityMob days; it now has the cash flow to buy from some of the world’s leading brands. It also allows the company to be more tactical in terms of its offerings as it’s moved away from deals to a more-classical retail model.

Apart from the latter, the Takealot deal has also offered it access to better fulfilment and logistics services (delivery service, Mr D, sits within the Takealot group), says Jedeikin, providing product in stock and allowing its growth as a multibrand retailer. Finally, it’s been able to become more picky in terms of the products acquired to sell to its consumer base.

Growth has averaged 100% year on year (albeit off a small initial base) but jumped to 330% last year. The online retail environment continues to experience rapid growth — and it has lots of space left to do so. In SA, only around 1% of the R700bn retail market takes place online; the 1% figure includes ticketing  (think SAA and Kulula.com) and events. This is a fraction of the 5–6% recorded in some emerging markets, and the 10% in markets like the UK.

Superbalist is built upon three verticals: male fashion, female fashion and the spaces its consumers call home; this expands the retailer’s reach from fashion into the broader lifestyle category. It launched its mobile app in late 2015 and already a third of its trade is recorded via this; this again underlines that mobile is crucial to accessing the youth market. According to Jedeikin, the retailer has only scratched the surface in terms of mobile/app sales and expects this part of the business to grow rapidly.

Challenges include operating in an environment where access to credit has come to be expected by consumers, ensuring service excellence through speedy fulfilment (something most consumers take for granted) and maintaining service levels while rapidly scaling as a business. Mobile and mining the reams of data available inside the business are the two primary opportunities Jedeikin foresees. 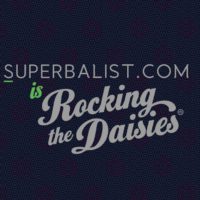 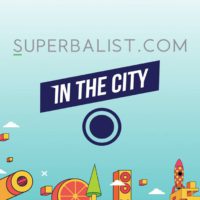 Superbalist is quickly becoming associated with live music events such as Rocking the Daisies and In the City. Jedeikin notes that music events are replacing fashion shows, when it comes to where the youth are looking at fashion trends. Each of the events Superbalist has signed on for attracts close to 25 000 participants per event, allowing the brand to extend its presence into the offline world.

Part of its objective to become a household name in SA among the youth demographic. Online retail needs to become a no-risk proposition for consumers, says Jedeikin, and Superbalist will offer the best products and excellent service.

One Response to “Superbalist.com — where millennials shop”