The Big Q: Discrimination and sexism in adland and marketing

by MarkLives (@marklives) How rampant is discrimination and sexism in adland and marketing in South Africa? Has there been any improvement since the dawn of our democracy? Is this something that is still difficult to bring up for discussion? We emailed a panel of key industry executives for their take. Here are their responses. 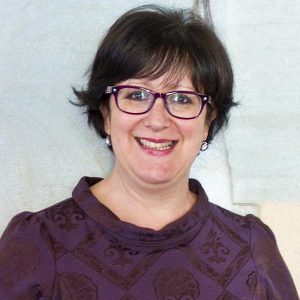 A passionate South African, Heidi Brauer (@heidibeeee) is the chief marketing officer (aka brand mama) of insurance group Hollard. Fiercely loyal to the notion of the power of single actions enabling quantum changes, she is a deep believer in the power of brands and humans.

I brought this up for discussion, well, as much as anything can be ‘discussed’ on Twitter (which, in my life, is mostly media, marketing and adland peeps). I asked the question: “Are we gender-equal in the workplace or do we ‘still’ discriminate based on whether we’re from Mars or Venus?” One brave soul answered. He said we aren’t equal at all. The rest? Either they don’t have an opinion or don’t want to give one because they’re sick and tired of the subject and they think it’s all sorted, like other issues of discrimination.

So, here’s what I think. It’s not sorted, and I was sad that nobody besides that one body could be bothered to share a thought. First point of departure is to acknowledge that we are different. Men and women, I mean. Don’t roll your eyes, now,;I know it sounds obvious but we spend so much time and effort trying to be the same that we forget that we’re different. And difference, or diversity, is what makes humankind magnificent.

There’s no simple black and white. In anything. Everything exists on a continuum, even our gender roles. If ‘woman’ were on the one end, and ‘man’ on the other, it would suggest we have to stay in the stereotypical spaces that have been built to accommodate such neat boxing of the genders. But we aren’t like that anymore; our roles in life and business allow us to move, as comfortably as we choose, out of those boxed ends of the continuum and into more blended and viable roles as we can and want to. That’s wonderful, but it’s usually only relevant to how we see ourselves and not how others see us. We know ourselves that we have repertoires of behaviours and that our apparent gender-typical roles shift depending on the environment — we adapt, adjust, men become schmaltzy and gooey around their kids, access the feminine in their creativity and thinking, and even cook and shop, and women shift along their continua, finding their cajones in business and life, access linearity in thought, and the yang to compliment their feminine yin.

My home — one husband and two grown sons — has always been an equal-opportunities family. I’ve spent almost 25 years drumming into my men that we’re the same, so that that when I mention that something epic was done by a woman, or I point out how few women are on a team/board/jury, they roll their eyes at me because, surely, we’re equal now?

We aren’t the same

The problem is we aren’t the same and sadly, in the real world, we don’t appear equal either. We look at each other and make an instant, superficial assessment of what’s different, and then neatly shove each other into a clearly-labeled box. We do this with other diversity elements, too. It affects us every day — yes, I roll my eyes at the men bonding over rugby, golf, beer and hunting. Men assume the girls want to go shopping and for a spa day. I resigned from a job and the chairman asked me (a 45-year-old woman with two grown children) if I’m leaving to have a baby. He couldn’t even imagine it was to advance my career. Women think men don’t understand childcare and family needs and that the guys don’t fancy a spa day. Men think women don’t want to go to the rugby or meet for a beer. We do this to each other. We’re ex-clusive — all day, every day.

It’s worse when we act as if the differences/boxes don’t exist (because we’re equal now, right?) and we pretend as if we’re the same. That’s much easier, isn’t it? Then we become paradoxically inconsiderate of gender in how we create communication, how we put teams together, judging panels, professional associations, think-tank dinners and so on. We don’t notice — because ‘we’re equal’ — that so many of them are still loaded with men, or indeed women (viz PR and research) that they are hardly useful as whole and representative of our yins and yangs, the balance that makes us magnificent.

That’s why in my equal-opportunities home I still call out when I see the gender stereotyping or gender ‘neutralising’. Two evils in the same play, really. Until we stop oversimplifying it by thinking men and women are the same and are being treated the same or, conversely, by assuming we are so different that we can’t see or do things that create or compliment, we will be stuck. It’s a continuum; we must access our repertoires of behaviours, and reveal our capacity for more, even in our own magnificence as a ‘man’ or ‘woman’. Don’t make a quick judgement by only looking at what you see on the outside; see more deeply; show yourself more wholly; and we will have more balance in business and in our work of marketing and communications. 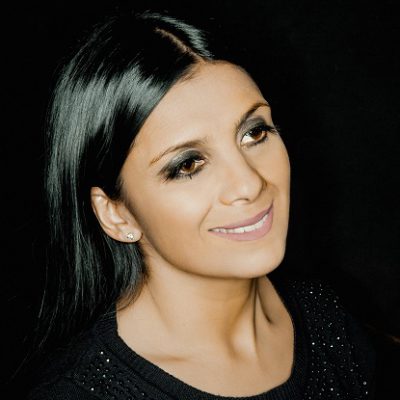 Nino Naidoo is a director and head of operations at Duke. She’s paid her dues over 20 years in the industry, having previously been head of traffic at Woolworths for four years, and head of traffic at Ogilvy for another five years before that. She was also a co-chair for Young Presidents’ Organisation’s education year, 2012–2013.

There’s no doubt that things are “better” in the ad industry than they were pre-’94. Of course they are. But we still have a long way to go — whether we’re talking about more senior women or a better demographic representation throughout the industry. And there are several reasons, I think, why this is so.

There’s no debate that women get paid less for doing the same job; I’ve seen this time and time again, including in my own career.

There have been countless times in the past when I felt I had to justify leaving on time, even though I packed much more into a working day than those who weren’t parents, who could afford to waste time on smoke breaks and socialising. I often felt I needed to over-deliver just in order to prove I was capable of doing the same job that men were.

But a bigger issue, I think, is the lack of women in senior positions in the industry. I can count them on one hand, if that. And this is not limited to just representation of women at this level, but also senior black leaders to act as mentors to up-and-coming talent.

The young guys and girls coming into the industry from black, coloured and Indian backgrounds rarely have fathers and uncles and grandparents (and definitely not mothers) who were ad executives. They are often the first generation in this industry.

So they cannot follow in established footprints of those from their culture — they are often initiating new paths themselves. And they are doing this in an industry where they are fighting for their cultures and ideas to be understood; when ideas are being reviewed by mostly senior white creatives, they are often misunderstood and left upon the cutting room floor.

So, are we better than we were? Yes, but we haven’t reached the tipping point yet. We need a few more years when we have seen a greater change at an executive level with more representation of both women and people of colour. When they become the elders, the mentors, we will see a truer change in the industry. 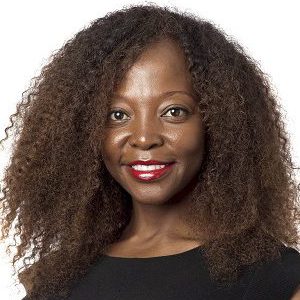 Neo Makhele (@Neobll) has been group strategy director of Ogilvy & Mather South Africa since January 2014, and is a member of the company’s exco. She is also currently enrolled to complete her executive MBA through the Berlin School of Creative Leadership.

According to the ACA CEO, Odette van der Haar, our industry over-indexes on female talent — it’s approximately 60% of the talent employed in the advertising and communications industry. But we have proportionally fewer women in leadership positions.

I asked myself what happened? Did we release the pressure off the pedals or fall short on succession planning? Are women opting out instead of leaning in? Is the pursuit of work/life balance driving this sentiment or is it merely that there is a larger transformation issue that needs to be addressed first?

This is a complex issue, but what is apparent is that women make up the large portion of the middle belly of our industry and they are a fraction of the leadership of the same industry. As a woman in the industry, I find this a significant challenge. In my search in understanding the larger issue, I present several hypotheses:

Requires a readiness from us

There is a broader social movement, Feminism Rising, globally and in South Africa, which requires a readiness from us as an industry.

Globally, the industry has already begun to address some key issues that are a result of this gender inequality by activating some of the following platforms:

It is clear that Diversity = Creativity = Profitability, to quote the US’s 3% Conference. And, as an industry, we are committed to creativity and the talent that enables that. There is work to be done but, before that happens, we have to define the problem clearly so that we may find the right solutions. 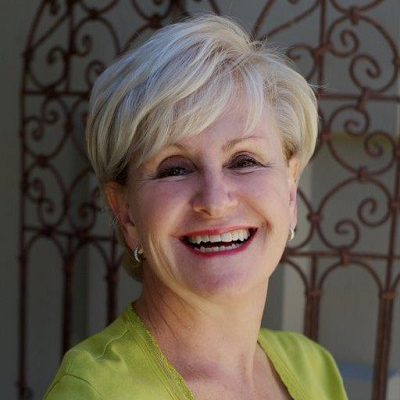 This is such a delicate and tender issue to address. We, as citizens and business people of this country, are all subject to redressing the wrongs of the past and the word “discrimination” is not used in the right context.

We are all subject to the stringent BEE regulations and as such, from a recruiters point of view, we know that all positions within companies are subjected to finding, first and foremost, candidates from previously disadvantaged backgrounds.

This is not to say that future employees are ‘window-dressing’, as there are excellent and highly qualified candidates who fit the job descriptions of our clients, both within the marketing scenario and in adland.

So, no, I don’t think there is discrimination. A good candidate of any colour, creed or gender will find employment.

A variety of factors

Sexism? This is harder and not simple to answer. Sexism is probably more virulent in the industry (both marketing and adland) but this could be due to a variety of factors, eg, the category of some of the products required to work upon in market — ie if it requires travel into Africa, it is more suitable for a male from a cultural point of view and, therefore, ultimately an economic business decision. So is this sexism?

Once again, as recruiters, we don’t often get feedback of lack of promotion or growth within a company/agency as a result of sexism, but the sense is that with the new democracy, things are changing for the better. 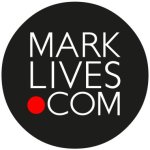 “The Big Q” is a new monthly column on MarkLives in which we ask key industry execs for their thoughts on relevant issues facing the ad industry. If you’d like to be part of our pool of potential panellists, please contact our editor-at-large, Simone Puterman, via email (simone at marklives dot com) or Twitter (@SimoneAtLarge). Suggestions for questions are also welcomed.