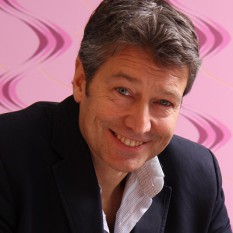 “It’s a sad moment but it also open up opportunities,” he says. According to him, the partnership allowed Y&R to build up one of the preeminent retail agency teams in the country. It’s an asset he hopes to deploy to the other retail accounts held by Y&R.

It’s too early to be drawn on the challenges the account move brings, including redundancies, he continues, saying only the agency will review its structure and resources, and take the appropriate steps from there: “It’s too early to talk about what happens next.”

Welch says the parting has been handled exceptionally well by Pick n Pay and his own group is striving to do likewise. The agency has been extensively debriefed and feedback had been positive. “The entire process was conducted very well and it reassures me of the quality of our team and our network,” he says.

Of King James Group, which will officially take over the account on 1 June 2016, he says that “on that day [of the pitch] they were the better team and on that we congratulate them.”

While any account loss presents challenges, it also presents opportunities, he says: “I expect good things to come.”