The agency is the result of 90% naiveté and 10% bravery, jokes De Nobrega (Wessels adds “and balls of steel”), but he says clients are buying into its vision and mission of building an agency that is focused upon agility, creativity and collaboration. The agency had its first client work within two weeks of opening.

De Nobrega has nine years of agency experience, most recently as social media director at Liquorice, but also at The Jupiter Drawing Room Cape Town and 60 layers of cake. Wessels is a filmmaker with a strong graphic-design background; he was previously responsible for the creative output across the Rayhas Holdings and Stones portfolio.

The duo have been friends since high school, and brewed their own craft beer together — 514 Brewing Co. — before signing up as business partners.

De Nobrega had become disenchanted with the breakdown in client/agency relationships. One night, he called up Wessels to tell him they should quit their jobs and try something new; it took a weekend to put the basics of the new agency in place. Wessels serves as executive creative director and De Nobrega as managing director. The agency has six people on board and expects to grow to 10 by the end of 2015.

De Nobrega says he is focused upon building positive, collaborative and transparent relationships with clients. In its first year, the agency has committed to doing away with industry jargon and buzzwords in its pitches and conversations. Clients may expect a discount every time the agency breaks its own rule. Wessels describes jargon as unnecessary padding created to confuse clients.

Both De Nobrega and Wessels say the lack of integration and the continued siloing of agencies are affecting relationships between clients and agencies. Starting afresh allows them the flexibility to experiment with agency models.

Kilmer & Cruise has adopted an open review structure, and team members swap on projects. Mornings see the entire team contributing to tactical and creative strategies, while afternoons are focused upon craft. De Nobrega says the agency’s adapting processes that it can scale, and all projects management systems live online in the cloud.

As the credentials document states upfront: “Advertising isn’t dead… But it needs to change. We don’t know what the agency of the future will look like, but we’re pretty damn sure agility, creativity and collaboration will get us there.”

According to De Nobrega, agencies were never built to cope with today’s business reality, where everything requires a lighting-fast response — hence the need to find new models.

One of a number of new agencies

The agency is also setting out to create a work environment that appeals to millennials, including contracts that takes into account modern work practice. It will be moving into a new studio next year (it is currently based in the Woodstock Exchange).

While it is competitive in the small agency space, Kilmer & Cruise is one of a number of new breed of agencies launching this year — which also makes it an exciting one. 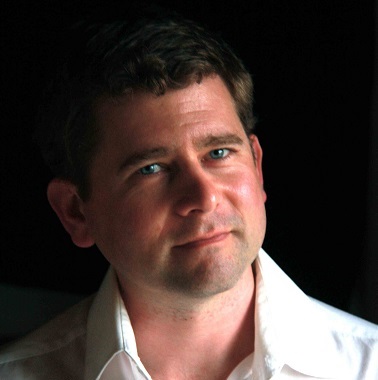 One Response to “Kilmer & Cruise — the maverick startup agency”