Pete Case on the Ogloovy deal

by Herman Manson (@marklives) It was a deal that industry insiders had been speculating about for months. Then, in November 2014, Gloo Digital Design and WPP-owned Ogilvy & Mather South Africa finally announced the merger.

It was an 18-month process, explains Gloo CEO, Pete Case, with the details only really being ironed out in the last six: Ogilvy has acquired 100% of Gloo, buying out Kagiso Media’s 60% share, plus the 40% held by Case and other minority partners. There is no earn-out period for Case and other senior managers; they have moved their shareholding to the new combined business.

According to Case, Gloo is retaining its Cape Town office as a standalone digital specialist agency, while its Johannesburg office (around 85 people) is being integrated into OgilvyOne Worldwide SA — the Ogilvy digital and CRM business — to form part of an internal technology and innovation hub for the 16 companies within the Ogilvy SA group. Case is also now O&M SA’s co-chief creative officer (alongside Chris Gotz).

While competitors are softening their digital offering, says Case, Gloo will widen its specialist skills and work closely with O&M SA on solving briefs, as well as do more non-traditional digital work (in the outdoor or in-store spaces, for example). He says it’s a matter of specialists working with other specialists, linking up digital with PR, activation, shopper and so forth.

Two years ago, Case and Kagiso had ambitions to build Gloo into a broader offering — aiming to acquire other agencies to form a group of specialists. Due to the length of time this was taking, a change of strategy took place, which saw Gloo seek a faster path to success. 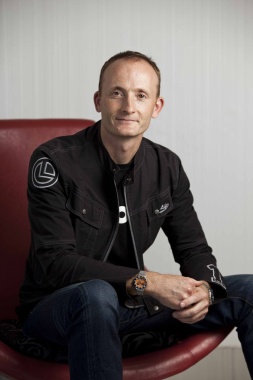 The timing for the Ogloovy deal was right — Gloo launched in 2005 so is currently celebrating a decade in the business — and Case wanted to create a step-change towards longer-term integration success for shareholders, rather than an earn-out model getting in the way.

Now, says Case, is the tipping point for agency integration. With Ogilvy SA, his team gets group-level influence, busting the siloed approach many agencies still follow in terms of their digital acquisitions.

In Johannesburg, the Gloo team is moving onto the Ogilvy SA campus which is being redesigned to accommodate the influx; it won’t get a new building somewhere in a corner, he explains. This physical integration will help define the broader integration of skills.

The approach will be collaborative, with multidisciplinary teams set up inside the group containing all the required skills for that specific client. This creates large benefits for the client, says Case, including a holistic channel approach and singular billing, all managed through a central management team — with access to very deep specialist skills.

The Cape Town agency will work closely with Ogilvy Labs, a global Ogilvy R&D initiative that builds partnerships with tech and and start-ups. A lab is being setup here in SA across this year.

Gloo already shares clients with Ogilvy SA, including Allan Gray, Pearson and Direct Axis. The agency will work as closely or as far away from the group, depending upon client needs. It also intends to grow the business it does for Johannesburg and African clients.

Ogilvy is expected to assist Gloo in any ambitions for further African expansion; they are already collaborating with other Ogilvy offices across the region.

Case himself becomes the digital and integration evangelist within the Ogilvy SA group, and will make sure digital doesn’t flounder in isolation. He hopes to assist in raising the creative digital bar within the group. He will also help amplify digital within the group and assist in getting the right digital voices into the right meetings.

Gloo has been through business transitions before. His original agency, Bandwidth, originally merged with Network#BBDO’s small digital arm in Cape Town, giving birth to Gloo Digital Design. The business found a new partner in 2009 in Kagiso Media.

According to Case, the business knows what to expect and has been preparing. For instance, knowing the deal was in the works, it stopped hiring people so as to ensure there would be no duplicate roles.

Case, who is looking forward to unlocking the potential of digital with a wider mandate and higher-level client relationships, says the deal allows both agencies to put creative thinking above fighting over budgets and ultimate earn-outs.

The result?  A digital business now able to service both independent clients as well as integrated clients in the group – with a larger and deeper pool of skills and experience.