by Herman Manson. The Vodacom Group has confirmed that its integrated through-the-line marketing services business is out to pitch. The incumbent agency, Ogilvy South Africa, was appointed in 2015. The process is expected to be concluded by January 2021.

“Vodacom Group has invited Advertising and Communications Association (ACA)-approved agencies, including its incumbent, to participate in a closed tender for its integrated through-the-line marketing services,” the company says in a statement released to MarkLives.

“Our agencies have done an outstanding job over the past five years and we are incredibly proud of how they have kept our brand relevant and built on our purpose-led organisation ambition,” says Abey Mokgwatsane, Vodacom managing executive for brand communications and sponsorships. “Our agency review process is an opportunity for us to reaffirm that we have fit-for-purpose, best-of-breed service providers that will challenge us and help us accelerate our brand into the digital future.”

Mokgwatsane joined Vodacom from Ogilvy South Africa, where he’d served as CEO, in 2017.

MTN is also (still) out to pitch, following a global request for proposals (RFP) at the end of 2019, in which major global agency networks were invited to participate. Negotiations between the company and four global networks are still ongoing. 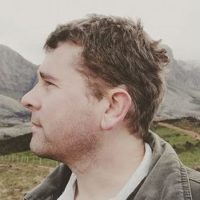