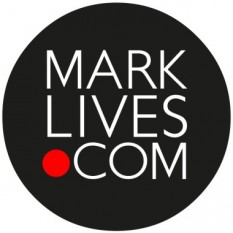 by Herman Manson (@MarkLives) In spite of paper pledges to zero tolerance of sexual abuse and harassment in our industry, there’s plenty of anecdotal evidence that suggests senior (mostly male) talent continues to enjoy protection from management.

The most-convenient way to resolve sexual harassment claims, it seems, if finally forced to do so by mulitple charges from several sources, is not in supporting those suffering the abuse or encouraging formal legal processes but to conveniently agree to mutual separation with the culprit, thus exporting said executive to a new, unsuspecting environment.

Appointing women MDs doesn’t seem to discourage this practice: they’re either not in the room; are overruled; or, at worst, they’re complicit. So, too, are the many decent male execs who wouldn’t normally tolerate such behaviour. But for all the hints at enforced silence — nobody will speak up until you do.

When these executives finally leave (in disgust), or are forced out (because they tried making waves), they are forced to sign non-disclosure agreements ensuring news of the underhanded events at their former agencies remains under wraps.

“It will hurt our careers”

You would think the tide for change, wrought by the global #MeToo and #TimesUp movements, would prove too powerful to be beaten back. You would be wrong. While investigating allegations against one industry executive, we interviewed a half-dozen executives at agencies owned by the same global network. Not a single executive didn’t know about the allegations, or thought them to be untrue. Yet not a single one would speak to us on the record, or escalate their own concerns through internal channels. The refrain — “it will hurt our career” — still echoes.

While we continue to seek the evidence that will ensure the story referenced above will be able to withstand the inevitable legal threats that would follow publication (and, trust us, we won’t stop looking), we, as an industry, need to acknowledge that things aren’t OK, and they won’t be any time soon, at least not while we pay lip service to addressing sexual harassment in our agencies and our networks.

As a start, we tasked journalist Carey Finn with offering a practical guide to addressing broader structural changes concerning culture, equality and access, and which we hope will encourage not only internal discussions on change but also critical questions on how current processes enable culprits to continue to move around unhindered inside our industry. One reference in her piece has stuck with me in particular: “[P]olicy is only as good as the people implementing it.”

It’s time to prove what you believe in. Don’t wait for South African adland’s Harvey Weinstein moment to act. We’ll all have your measure well before then.

Herman Manson (@MarkLives) is the founder and editor of MarkLives.com.

In 2018, MarkLives shone a #SPOTLIGHT on health and wellness in the ad and marketing industries. We continue in 2020 (and beyond), tackling workplace harassment in its various forms.