by Charlie Mathews (@CharlesLeeZA) While women are increasingly finding better representation in political leadership, economic transformation across the board has stalled.

“Transformers Transform 2020” is a special series produced by MarkLives and HumanInsight and sponsored by the Association for Communication and Advertising (ACA), running Jun–Sep 2020. Together with Lebogang Tshetlo, we’ll be profiling remarkable local #Transformers every other Friday until September, featuring Tshetlo’s photography. The objective of this an independently managed, journalism-driven research project is to explore and map new paths for brands and marketers to transform, adapt and build resilience while the world adapts to covid-19 and its resultant social, political and economic toll.

Do you know what percentage of women head Johannesburg Stock Exchange-listed companies in South Africa? Come on. Hazard a guess. If your answer was way below 10%, you’d be right.

PricewaterhouseCoopers has a report just out, “Executive directors: practices and remuneration trends report 2020”, that details pay gaps and spells out the diversity of South Africa’s listed companies. It makes for disappointing reading, particularly if you self-identify as a woman. Or if you’re black, coloured or Asian.

The report, which analyses executive pay among JSE-listed companies from 1 May 2019 to 29 February 2020, shows that “Black African, Coloured and Indian/Asian representation at CEO level” was a paltry 14%. If you think that’s bad, only 6% of CEOs are women — during the survey period, the JSE only had 19 female CEOs, although more have been promoted subsequently. The pay gap between men and women is bigger at more-established companies, the report says, but drops marginally in the small-cap sector. The pay gap at large-cap companies was 45%. At medium-cap firms, the gap was 36%, while at small-caps this dropped slightly to 24%.

This new report confirms what the World Economic Forum’s Global Gender Gap Report 2020 revealed late last year: “None of us will see gender parity in our lifetimes, and nor likely will many of our children.” The sobering finding is that, while women are increasingly finding better representation in political leadership, economic transformation across the board has stalled. The WEF says that, the way things are going, “gender parity will not be attained for 99.5 years”.

At a global level, the WEF reports that one of the biggest challenges is closing the gap in emerging roles that will play a key role in the fourth industrial revolution (4IR). The WEF reports that, in “cloud computing, just 12% of professionals are women. Similarly, in engineering and Data and AI, the numbers are 15% and 26% respectively.”

What this report doesn’t show is that women suffer most when it comes to unemployment and hourly wages, too. This is despite the huge contribution that women make to the South African economy.

“We should take a step back and ask ourselves why there is a gender pay gap. [It] reflects a continuing devaluation of labour by women, that starts with the unpaid labour that women perform in the home,” says Prof Christi van der Westhuizen, Nelson Mandela University Centre for the Advancement of Non-Racialism and Democracy (CANRAD) associate professor. 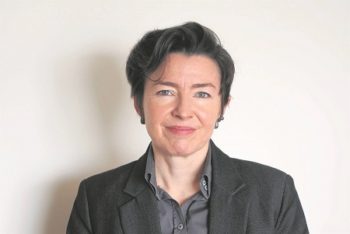 Van der Westhuizen says, for most women, a second shift of caring for children, men and the elderly kicks in when female workers arrive home at a day’s end. “We have seen this exposed again with the covid-19 pandemic, as women are shown to be the ones carrying this double burden under lockdown.”

The award-winning political columnist and author reveals the underlying story that normalises this disparity and socialises this by knitting it into our collective fabric of live experience — this is how inequality becomes a mainstay. “The first function of paying women less for work outside the home serves as a constant reminder that their ‘correct’ place is in the home, and that in a ‘perfect’ world they would be preoccupied with bearing and rearing children. The second function of the gender pay gap is to reinforce the idea that women are inferior to men, particularly in capabilities of strategic thinking to advance business, and that they add less value and therefore do not deserve to earn as much as men.”

According to Van der Westhuizen, these two functions depend on the outdated idea that women are ‘made’ to reproduce offspring, and that their physiological makeup also interferes with their intellectual capacity, making them less suited for high-functioning jobs and more suited to routine care work.

“The third function of the gender pay gap is to literally ensure that women have less capital at their disposal,” she says. “Women’s socioeconomic dependency on men has been a primary plank in maintaining men’s domination. Now that feminist struggles have brought many societies to the point where women can work, also in highly paid jobs, the gender pay gap ensures that they still gain less material benefit from working than men do. Therefore, the gender pay gap functions to prop up patriarchy. Because the gender pay gap, along with low levels of women’s representation, are particularly stark in big companies, these man-made barriers also show how entrenched patriarchy and sexism remain in the upper echelons of society among the middle class and economic elites.”

When asked what should be done about the gender pay gap, she says the answer is systematic campaigning — that includes exposure and boycotting of companies which continue to treat women as secondary human beings — is what’s required to bring about change.

What’s clear is that the novel coronavirus pandemic has pulled back a veil that’s revealed the systemic injustices in our economies yet, at the same time, has delivered a golden opportunity for driving greater diversity and change. In a rallying call for more female leadership in The New York Times, Dr Phumzile Mlambo-Ngcuka, the first woman to have held the position of deputy president of SA, is calling for an enforceable decision making so that gender transformation is enshrined in law. 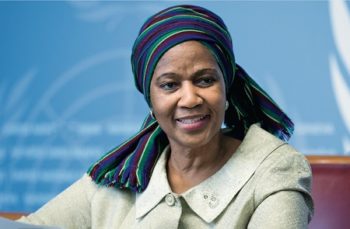 Call to end to male dominance

In a recent piece headlined “Key to an inclusive recovery? Put women in decision-making roles”, Mlambo-Ngcuka calls for an end to male dominance. “We actually need to engage men. And as much as we do not have enough men who stand up for women’s rights, we have seen a critical mass of men who are willing to use their power and authority to make decisions that promote gender equality,” the United Nations under-secretary-general and UN Women executive director states, adding, “This is the time for them now to do everything they can to bring about change.”

But it’s the “why” that’s most haunting. The pay gap is one of many inequalities women face locally in a system that actively prejudices females. What does this do to them?

“The biggest effect is that women are more likely to be poor, which is borne out by the figures. At the intersection with race and geographical location, this worsens even more. Of the + 16m citizens living in the rural areas in SA, most are classified as poor, and most are women. The patriarchal aim of keeping women impoverished, or at least with less-economic means, serves the same aim as gender-based violence: namely to keep women dependent on men and therefore to prevent them from becoming autonomous individuals who can make decisions about their lives to also realise their own full potential, rather than being caught up with ensuring others’ wellbeing.”

How to bring about change?

When asked by the NYT how to build a better world, post-covid-19, Mlambo-Ngcuka responded: “I will go with the leadership. Let us try and position women in strategic leadership so they’re inside the rooms where decisions are being made, and trust them to make the right decisions for all of us. Let’s just get them inside that door.”