by Charlie Mathews (@CharlesLeeZA) Doing something meaningful about the credit crisis is a national priority, which is why it’s great to see Pep Stores innovating by collaborating with a crowd-driven NGO to help pay off consumer debt. Collaboration is a key driver of transformation as it creates a network effect and brings about better results. 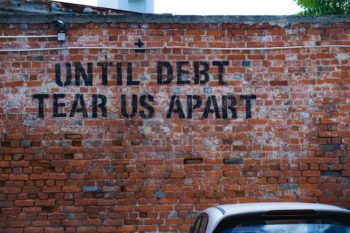 A sombre Tito Mboweni levelled with South Africans during a special supplementary budget speech to Parliament on Wednesday, June 24 2020. His assessment of South Africa’s finances was grim and, when it came to the nation’s credit crisis, the minister of finance didn’t hold back: “We have accumulated far too much debt; this downturn will add more,” he said, adding: “Our Herculean task is to close the mouth of the hippopotamus. It is eating our children’s inheritance. We need to stop it now.”

How big is SA’s debt problem? Data from credit reporting company, Experian South Africa, reveals that consumer debt is now pegged at a “staggering R1.5 trillion”. Announcing the figure, Jaco van Jaarsveldt Experion Africa chief decision analytics officer, said, “The continued impact of a worsening general economic environment in South Africa along with the early impact of the covid-19 pandemic has resulted in the Consumer Default Index reaching its highest level.” He added that additional forces such as “increasing unemployment and the lack of economic growth have had a significant impact on consumer’s ability to repay debt.”

Reducing debt burden is critical because a consumer and public debt crisis will deepen the recession, limit access to capital, and drive up interest rates.

Let’s do good together 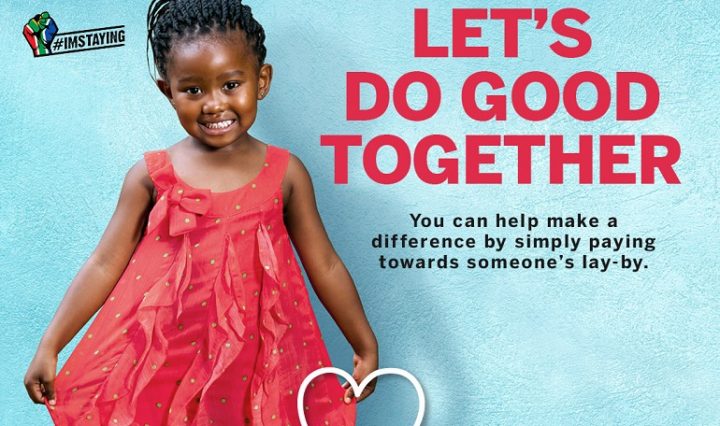 Business Insider reports that the Pep initiative was sparked by one of its customers, who paid 363 lay-by accounts at a Pep branch in Mossel Bay, relieving those people of R337 000 worth of debt. The unidentified man sent each customer a note that read, “I am grateful that I’m [in a] position [to] settle your PEP Store lay-by. I know it’s up to people to help people. It’s just the decent thing for all of us to do, disregarding any religious beliefs. I also had lay-bys at PEP a long time ago.”

Soon after this was reported, members of the controversial #ImStaying Facebook Group started randomly paying off people’s lay-by debt at Pep. The group has since become an NGO but, in its early days, the do-gooders came under significant fire.

In a Mail & Guardian op-ed last year, Andile Zulu poked at the white underbelly of the movement, with this critique: “[A] closer look reveals how the ‘feel good’ themes of #ImStaying limit us from asking hard questions. For example, should a human’s ability to satisfy their basic needs depend on random acts of charity? As necessary as charity is to sustain the lives of those suffering at the bottom of the social order, should we not work towards erasing the conditions that make people poor in the first place?”

At Daily Maverick, the group was described as “little more than mass therapy for the privileged; an exercise in self-affirmation that fails to engage with the harsh realities of majority life”. 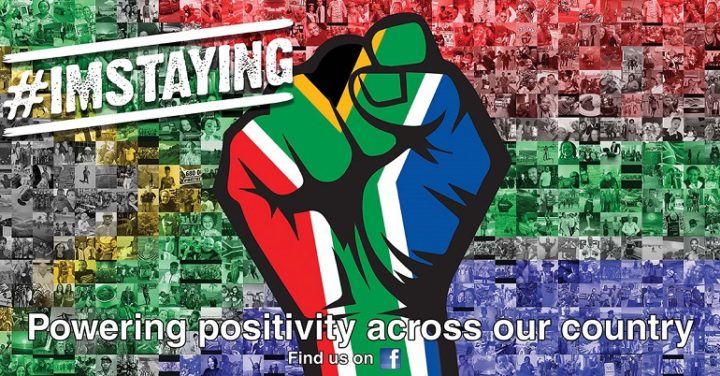 #ImStaying has now been formalised as an NGO with a deeper, structural agenda, and alignments with black-owned accounting, audit and consulting services firm, Nexia SAB&T; local crowdfunding crew, Backabuddy; and the Ranyaka Community Transformation. The latter is a civic organisation that implements transformation strategies for towns and neighbourhoods. Cape-based creative agency, M&C Saatchi Abel, has put its weight behind the movement, joined by Deep Thought Media and BrandIQ.

Today, #ImStaying lists its goals as a job in every home; a home for every family; flushing toilets in every school; and food and power security. The credit-busting partnership with Pep is called the Lay-By Buddy, and the retailer has kicked off the initiative with a R1m contribution.

Jaap Hamman, Pep CEO, explains the lay-by buddy initiative’s genesis: “These random acts of kindness grew and ultimately culminated in one amazing citizen paying off all the lay-bys in a PEP store in December. We simply had to help contribute and started by donating R50 000 to the #ImStaying community initiative. At Pep, we felt that it was also our duty to encourage the ongoing support of this generous idea by making the process much easier. As a result, the Lay-by Buddy initiative was born.”

Civic-minded individuals can now go to the Lay-by Buddy at pepstores.com, choose the amount they want to pay and Pep randomly allocates the relief to a customer. The biggest retailer in Africa, Pep estimates it will do over 300m customer transactions this year. More than half of SA’s children wear Pep school uniforms, and 26% of all baby clothing in the country is bought at the retailer. 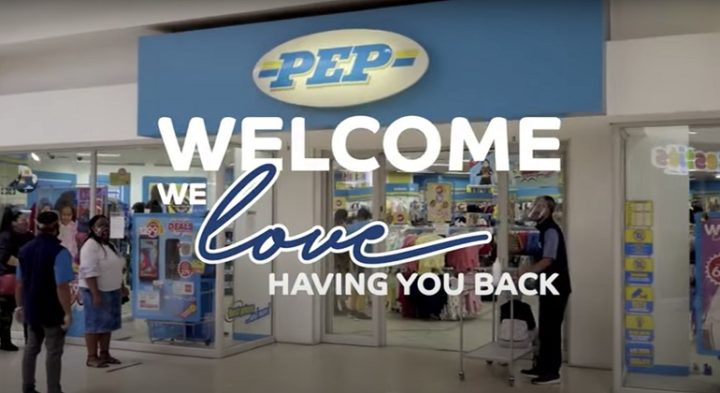 Interestingly, Pep sells more prepaid mobile handsets than all the other retailers in SA. Add to this the power of #ImStaying’s 1.1m members, and you have the basis of a movement that could realise cancellation of debt on a large-scale, freeing more money for food, essentials and survival for masses of families during a time of rampant unemployment.

In a study of transformation, PricewaterhouseCoopers [PwC] showed that the most successful, top 5% of transformers focus strongly on collaboration and are action-oriented. “Transcenders don’t just talk big, they act. 84% [of them] mandate—not just encourage—collaboration and cross-functional work,” PwC’s research reads.

But, if you’re a huge agency or a big brand, how do you take up the challenge of transforming by becoming more collaborative? Jeanne W Ross, Cynthia M Beath and Martin Mocker, the authors of “Designed for Digital — How to Architect Your Business for Sustained Success”, believe Spotify has the answer. The Swedish-born streaming music company cleverly organises its teams into squads.

The idea is to destroy obstacles to getting work done, to kill friction and to facilitate speed. Spotify empowers and supports problem-solvers to achieve this, and gives squads huge autonomy.

The immensely successful streaming service leans heavily towards agile coaching and engages these coaches across teams to smooth and iterate team dynamics. This gets teams aligned and everyone working together towards common objectives. Take a listen to Henrik Kniberg, an agile coach at Crisp in Stockholm, speaking about Spotify’s approach to clustering teams for greater collaboration and better results.

Accenture offers more sage advice, and a serious warning: “Even in ‘normal’ times, a lack of collaboration on complex challenges like digital transformation can cost organizations ROI and future revenue growth. In the time of covid-19 and economic downturn, the age-old siloes problem could be disastrous,” the global professional services firm says in its brief “Together Makes Better — How To Drive Cross-Function Collaboration”.

The secrets of collaborative champions? Accenture lists the top three as:

The bottom line on collaboration is that it fuels speed and inventiveness, and produces results that punch way above average. As the old saying goes: “If you want to travel slowly, travel alone. But, if you want to go fast, collaborate.”