Why Hero closed down

by Herman Manson (@MarkLives) Staff at Cape Town-based ad agency, Hero Strategic Marketing, spent their last day of work on Friday, 28 February 2020, handing over files and art work to clients as the business went into liquidation. A range of factors contributed to its closing down after 25 years, including a struggling economy, decreased client budgets and the loss of the City of Cape Town account to HelloFCB+ in mid-2019 after its three-year contract concluded. 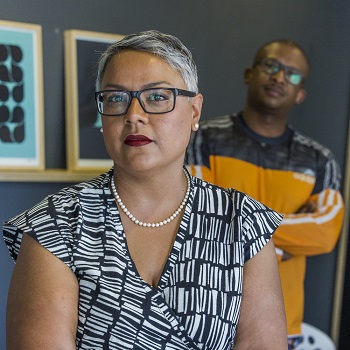 “Sadly, Hero had to close its doors at the end of February 2020,” Amanda Lambe, former Hero managing director, confirmed in a statement to MarkLives. “Prior to closing, the Hero team finished up as many projects as possible and did comprehensive handovers to clients where projects were still underway.

“Our team worked tirelessly until the last day and I was heartened to see the teamwork and sense of determination, even when people knew we were closing. In the final week, we tried to ensure that employees were placed in new jobs post the closure by matching their skills with places that would benefit the most from them, and many of them have already started new roles.”

In total, 24 people have been affected.

According to Lambe, the agency had a unique culture: its people had often felt like square pegs at other companies but had found a common home at Hero. As if to prove the point, staff spent the last day of business working until 4:30pm — then, as voted on as the final act of agency business, they had a braai before parting ways.

“I would go to war for these people,” she says, “and I would rehire all of them in a heartbeat.”

Note to companies hiring: Lambe may be contacted via LinkedIn to connect you with those former Hero staff members still looking for placements.

— Sign up now for the MarkLives newsletter, including Ramify.biz headlines, emailed every Monday, Wednesday and Friday! Become a MarkLives Member, too.

2 Responses to “Why Hero closed down”