by Herman Manson (@MarkLives) Robyn Campbell (@robynpony), managing director at HelloFCB+, is joining Publicis Groupe Africa-owned ad agency, Machine_, on 1 May 2020 as its new MD overseeing both the Cape Town and Johannesburg offices. She will be joined by Lindsey Rayner (@lindseyrayner) as the new Jozi managing partner.

Campbell’s appointment follows the departure of Gareth McPherson, who became Virgin Active chief marketing officer on 1 March this year. She’s spent 12 years at IPG-owned agencies Hellocomputer, FCB Cape Town and finally the merged entity, HelloFCB+. She is also the head of the IAB SA agency council, which aims to uplift industry standards and education between all members and industry stakeholders. 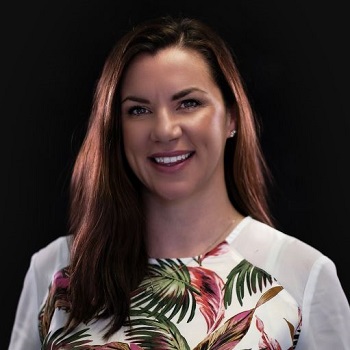 Rayner has been leading Samsung South Africa‘s mobile and consumer electronics business for ad agency, Cheil South Africa, for the past year. She has worked on large brands throughout her career, including Coca-Cola while at FCB Joburg, and the lion’s share of her career so far has been spent with specialist agency 34° (now part of  King James Group SA), first in Cape Town and then as Joburg deputy MD. Rayner will focus on providing senior leadership support, following a growth spurt for Machine_ in Jozi.

On Campbell’s departure from HelloFCB+, whose integration she has been overseeing during the past year, she says that, although she loves and holds great adoration for Nahana Communications Group/FCB Africa, the time is right for a new chapter in her career. So, when McPherson reached out to her about a possible move, she was immediately intrigued about the possibility of joining an agency she admires and whose people she likes and respects.

According to Campbell, she brings to Machine_ an open-minded, problem-solving mindset. The agency under her will continue to create knowledge-driven value to marketing partners, she says, helping empower business through agency tools.

“My goal is to stay closely tuned to our client’s needs and their business problems,” she says. “Having a clear vision on what value we can add to their businesses is key to our future plans. As we continue to journey through local and global changes and challenges, we will look to adapt the business to deliver more-valuable, -effective and -innovative solutions that entrench us as valued marketing partners.”