by MarkLives (@marklives) Hoorah Digital has won the account to build Nestlé’s global content studio for Africa, which will bring the food and beverage company’s digital content production in-house. 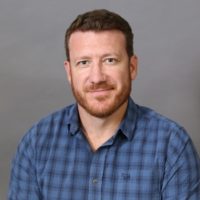 According to Shaune Jordaan, Hoorah co-founder and CEO, the the digital media agency competed with a number of major agency players in a competitive pitch process that lasted five months from the initial RFI. The lead agencies for Nestlé in South Africa include Boomtown, McCann1886, Ogilvy South Africa and Publicis Groupe Africa; the creation of the content studio is a new initiative so no incumbent agency has been in place.

In a statement announcing the win, Nestlé says Hoorah Digital “demonstrated the best understanding of Nestlé’s global in-house content structures, and how this can be adapted to local requirements”.

Adds Jordaan, “We are going to ensure that Nestlé is at the forefront of a new wave of advertising, one that understands and responds to the demands of the digital world in 2020 and beyond.”

One of the consultancy’s main tasks will be localising campaigns and content for the various markets Nestlé serves, which speaks to the importance of personalisation at all levels. The studio will focus on content adaptation, creation, translation and rollout of assets to 23 countries in the East and Southern Africa Region (ESAR).

The win represents a massive boost for Hoorah, which is known in the industry for its media performance, says Jordaan, rather than its creative. This is about to change as the agency takes on iconic brands such as Kit-Kat, Bar One, Milo, Smarties and more.

Jordaan expects to start with a team of around 20 and scale it as the various brands come on board. The in-house agency Hoorah is building will be treated as a startup agency, with a focus on creating rich, dynamic and engaging content quickly. It will be attuned to customers, Jordaan promises. Hoorah will work closely with Nestlé’s teams in each of its markets, as well as with other agency partners.