by MarkLives (@marklives) We feature insight into the brief, creative idea and production challenges of the “Nozizwe” campaign for Gillette South Africa from Grey Johannesburg and the late Siphiwe “SJ” Myeza-Mhlambi of 7Films, which runs 8–31 August 2019.

Make Gillette a love-mark for South African men and convince them that it can be their grooming companion and mentor.

This film for Gillette South Africa brings to life Gillette’s global crusade to celebrate “The Best a Man can Be” in a uniquely South African context. Gillette has celebrated the relationship between fathers and sons for years. But, in SA, two out of three children is raised without their father. So our film looks at how strong SA women are raising a new generation of SA men to be the best they can be (#thebestmencanbe). 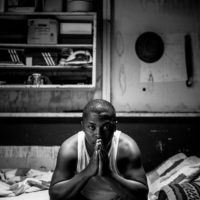 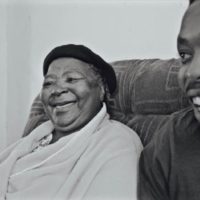 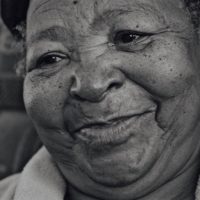 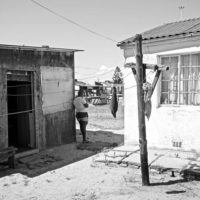 Created by Grey Johannesburg and directed by Siphiwe “SJ” Myeza-Mhlambi from 7Films — the young black South African director who won a 2017 Gold Cannes Lion for “Surf Shack”, and who sadly passed away earlier this year — the film introduces us to a young SA man whose grandmother, Nozizwe, serves as both father and mother to him. The film explodes traditional notions about masculinity, and what it means to be a father, by introducing us to an exemplary young man whose only father figure has been a woman.

Miyeza went deep into the communities around Cape Town to find the perfect pair to tell his story. Once he found Nozizwe and Akhona, he spent time getting to know them before filming. The film was shot over two days and captures some rich material from their life — some of it touching, some of it light-hearted, all of it honest and authentic. As a result, what could so easily have been a sad story about loss and struggle has become a joyous portrayal of the redemptive power of love.

8—31 August 2019, with a media burst over Women’s Day. Media includes YouTube, Facebook and Instagram, plus segments on Top Billing and Afternoon Express as well as News24, a number of influencers and paid search.