by MarkLives (@marklives) Our weekly wrap of the latest market and consumer research: 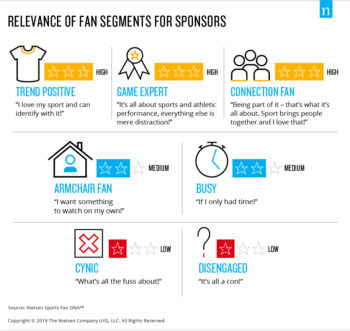 Commissioned by Cricket South Africa, the local report was built on the global Fan DNA model, which incorporates 10 years of fan insights across 30 countries and 450 000 interviews focusing on all major sports. The purpose of the study was to determine the size and profile of the key fan segments amongst SA cricket fans to enable CSA and its key stakeholders to reach, communicate and engage with fans in a far more-efficient, -strategic and -meaningful manner.

Seven clearly differentiated groups of fans have emerged, each with its own distinctive characteristics, behavioural tendencies and attitudes to sport and sponsors: 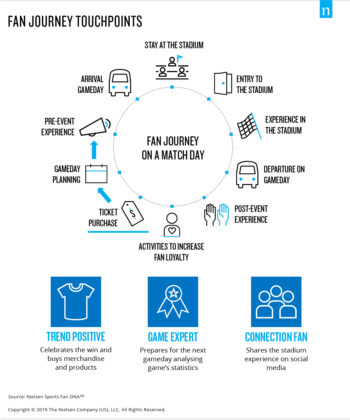 Some of the key findings include that the highest number of local cricket fans are Connection Fans — 45% of the SA cricket fan base, vs the 25% global sports fan average. These are fans whose principal underlying motivation for being a fan is the opportunity it creates for doing things with their friendship group and/or family. Activations that celebrate, enhance, or amplify these connection opportunities therefore strike a strong chord with this group.

Thirty-three percent of cricket fans attend braais more than once a month; this is also the fan segment that attend cricket fixtures the most, account for the largest proportion of all sponsorship response, and often have the highest proportion of their lives engaged with a sports property.

The study has produced other in-depth data on different segments of cricket fans, including lifestyle interests, the type of events, social interactions and content they enjoy, as well as the media platforms they use to access sports content — all invaluable insights for planning and execution of winning sponsorship strategies.

The morality of mobile 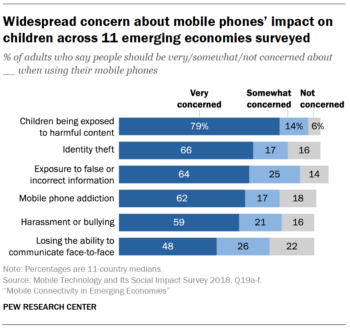 The Pew Research Center has released a new report on “Mobile Connectivity in Emerging Economies” showing that the public across 11 emerging countries sees mobile phones and social media as bringing certain benefits to them and their societies, but that these views are paired with widespread concerns about their impact on children. [Cheryl Hunter]

The centre has intensified its exploration of the impact of online connectivity among populations in emerging economies — where the prospect of swift and encompassing cultural change, propelled by digital devices, might be more dramatic than the effects felt in developed societies.

Surveys conducted across four global regions (Mexico, Venezuela and Colombia; South Africa and Kenya; India, Vietnam and the Philippines; and Tunisia, Jordan and Lebanon) have found that the vast majority of adults in these countries own or have access to a mobile phone, with 53% of these devices being a smartphone capable of internet access and running apps.

Worries that mobile phones might expose children to immoral or harmful content are a key flashpoint in these fears. A median of 79% of adults — and majorities in all countries surveyed — says people should be very concerned about this. More broadly, a median of 54% says the increasing use of the internet has had a bad influence on children in their country, and a median of 63% says the same about mobile phones.

Kenyans, South Africans, Jordanians, Tunisians and Lebanese who use a mobile phone are more likely to say their phone is something they couldn’t live without. But, in the six other countries, larger shares say they don’t always need their phones.

This weekly “Market Research Wrap” column offers an overview and critique of the latest market and industry research.