by Herman Manson (@marklives) Cape Town smells like piss. From Sea Point all the way to the MyCiti station at the Civic Centre, it permeates the air, nudged alive by a little bit of light rain the evening before. It’s human, desperate for release and waiving a fat one at passers-by.

Inside Artscape, bits of plastic get zipped onto your arm — no taking them off; you have to wear them for all three days of the conference (I convince the media registration team to keep mine loose enough for me to remove in the evenings; experience has taught me it itches like mad). Then you get your fingerprints taken but the machines won’t pick up my prints, a common problem I’m told.

I get bounced at the first door I try to enter. No print, no entry. “But your machines don’t work.” Somebody has a list somewhere and I need to go confirm that I am on it for them to give me access. 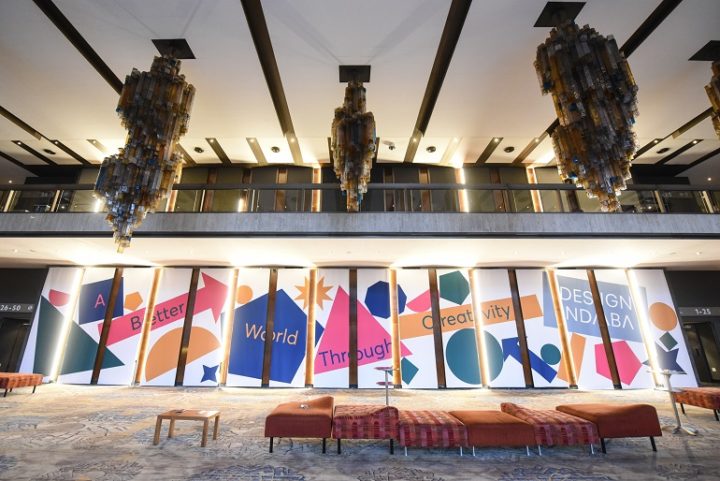 I trot down the stairs to find it but the guy is swamped with people. The Webtickets team manning all doors, waiting for delegates to stamp their fingers for entry, physically blocks anybody whose print isn’t processing. Little old ladies, first-timers, old-timers, we all get bounced. I’ve haven’t felt less welcome anywhere in the longest time. I doubt that I am the only one.

Tech is great until it isn’t. Then it becomes a yellow puddle that just can’t wait for you to step in it.

Everybody’s next design challenge: UX at a design conference. 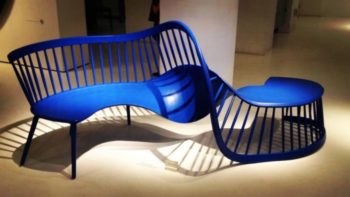 It’s impolite to say negative things about Design Indaba speakers. Except maybe if your talk is about glitter pork or bespoke chairs. We haven’t had either for several years, although a chair did win the Most Beautiful Object in South Africa design competition announced on stage this year.

This is mostly good, because nobody likes grouches, and it doesn’t go down well with the “designers as heroes” narrative that feels like it has become a central, if uncritical, pillar of Design Indaba’s own mythology.

British design critic, Alice Rawsthorn, offers an anecdote in her talk on bad design and how to avoid it, highlighting a number of categories of bad design. The useless (damn all digital printers), the pointless (Google Glasses), the lazy (failure to recycle electronic waste, or to design it to be recyclable in the first place), the thoughtless (software design that leads to racial profiling), ominous (the Uber business model leading to labour exploitation, congestion and increased pollution), untrustworthy (think most tech firms, but especially Apple, after a software update drained battery usage of existing clients, encouraging upgrades), offensive (Frieda Carlo Barbie, Gucci blackface etc.), strategically bad design (cigarette packaging designed to discourage use) and bad design with good intentions (ballot papers in Florida gifting the world with George Bush). Design can tackle problems only if it is deployed responsibly, ethically and with empathy.

Big business and a sea of sameness

Olof Schybergson, CEO of Fjord, talks about the three lenses of design, namely human, tech and organisations. He notes the plummeting cost of tech and how talent is fast becoming a decisive competitive factor for organisations. Big business has embraced design, which is great for the careers of designers, but has also resulted in a sea of corporate- and product-sameness, from websites to processed chicken nuggets to corporate identities. As clutter increases and designers need to cater for different segments such as B2C, B2B, B2E (employee) and B2S (society), design becomes more complex. He calls on designers to simplify without dumbing down, to design systems not just artefacts. Design with ethics and with value user privacy. Be comfortable with discomfort, says Schybergson, in unhappiness and frustration lies an opportunity to design and improve.

Ellie Frymire’s talk, in which she analyses tweets around the #MeToo movement using cluster analysis, is an interesting example of using design to analyse communication in an age of information- and data-overload. Frymire wanted to know what the millions of tweeps are really saying about #metoo , and analysed 1.4m tweets, following the original call to action by actress Alyssa Milano.

If you’ve been sexually harassed or assaulted write ‘me too’ as a reply to this tweet. pic.twitter.com/k2oeCiUf9n

The workplace clusters focused on people sharing their stories on harassment in the workplace but also the changing dynamics brought on by the #metoo movement. Keywords included: work, workplace, changing, thanks, discuss, issue, power, abuse, conversation. 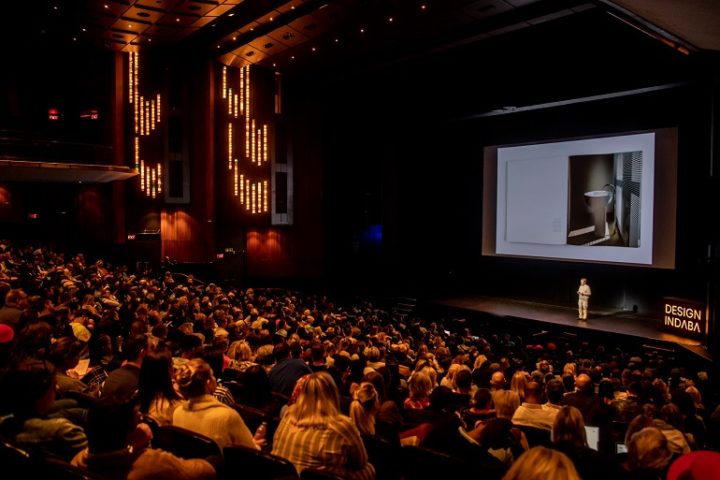 Yes, it’s arbitrary, but I think Kenya’s Wanuri Kahiu makes for an inspiring and powerful spokesperson for creative freedom and hope of positive change in Africa. Rafiki, a love story she filmed in her home country, was banned by a crassly homophobic Kenya Film Classification Board (KFCB).

The @InfoKfcb has banned the film "RAFIKI" due to its homosexual theme and clear intent to promote lesbianism in Kenya contrary to the law and dominant values of the Kenyans. #KFCBbansLesbianFilm Dr. @EzekielMutua @moscakenya @PresidentKE @WilliamsRuto @wanuri @NellyMuluka pic.twitter.com/9hBQOukHv3

In spite of the challenges she faced, Kahiu’s message focuses on how joy and hope are an integral part of African culture. Pain and suffering should not be the defining images of Africa and its people. How different this is to the popular Western perception of the continent and its people. Her call for Africans to start seeing themselves as a people of joy is one she wants depicted in our films and stories.

Of course, the big news of Design Indaba 2019 was the launch, after two years of hard work, of the first African collection to be curated and produced for retail giant IKEA. Called ÖVERALLT, the collection features 10 African designers, all Design Indaba alumni, and includes furniture, tableware and textiles. The range is set to be rolled out globally — and apparently even middle-of-the-range products average 2m units for IKEA. The opportunity for the designers involved are surely life-changing.

It’s a practical manifestation of Design Indaba’s intent to foster African creativity and design, and is to be applauded wholeheartedly.

None of the designs will, however, be manufactured on the continent. Even the designers seem deflated by this news. It feels, for a moment, like finally getting to stand in front of a door to something big and inspiring, knowing you are about to be let in, before getting asked for a thumb print by millennial in a Webtickets golf shirt.

On the hopeful and optimistic side, at some other door, somewhere, someone has a guest list with your name on it. I guess I’ll take it.