by Veli Ngubane (@TheNduna) Multitalented Ernest Nkosi (@ernestnkosi) is a filmmaker, creative director and promoter, and the director behind acclaimed South African feature film, Thina Sobabili: The Two of Us. 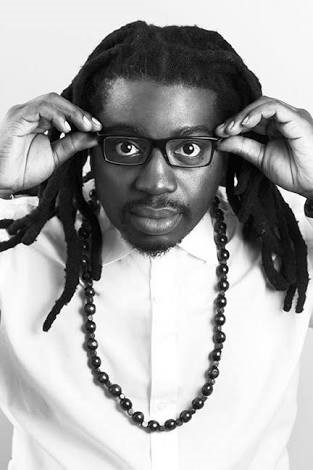 Veli Ngubane: Tell us more about yourself: where did you grow up and what did you want to be when you were growing up?
Ernest Nkosi: I grew up in Katlehong, Nhlapo section (K1). I’ve always wanted to be a filmmaker; my parents took me to see Sarafina at the Paragon[(township cinema] — it was the first film I saw where the people looked like me, spoke like me and the locations looked like where I lived. Seeing people react to what was on screen completely moved me and I wanted to be a part of that; whatever magic was that moved in that auditorium on that day I knew I wanted that.

VN: How have your upbringing and culture influenced your creative journey and perspective?
EN: My upbringing and cultural influences will always be the prism I see the world through: I’m proud to have grown up in K1 and, in the same breath, I was lucky enough to have gone to one of the top boys’ schools in the country (Jeppe High School for Boys). This opened up a completely new world to me; having to govern the dynamics of both worlds and finding my voice in both realms had a profound effect on my worlds’ viewpoint. It’s made me the unique creative I am today.

VN: Please explain what you actually do and how an average day looks for you?
EN: I’m a creative entrepreneur by Jah’s design and, for my sins, no two days are the same. I do three things: I direct commercials (represented by Seriti Films); I’m a creative director at a digital agency (represented by OCB Original Creative Breed); and, finally, I promote car-spinning events (represented by the WSME Group). My life revolves around these three pillars.

VN: Tell us about your journey; how did you get into advertising and film-making?
EN: Advertising: I watched an American TV show called the Pitch (premise: three ad agencies compete for business and the cameras document the process) [and] the next day I cold-called every agency I could get contact details to, sent countless emails to ECDs in the industry begging for an opportunity to work on a brief (for free) and if I had potential an chance to learn the craft. [A] month later Phil Ireland returned my mail and gave me an opportunity at Ireland/Davenport; he mentored me the four years I was there and continues to do so today from the UK.

Film: while I learnt the craft of advertising, my partners (Enos Manthata, Mpho Nthangeni and Mpho Popps Modikoane) and I saved every cent we could in a four-year period to pay for a feature film I co-wrote with Mosibudi Pheeha, and was lucky enough to get the opportunity to direct my very first feature film and, as they say, the rest is history.

VN: I know you were an Emmy contender. What awards and achievements are you most proud of? Please give me a few career highlights.
EN: By far, one of my biggest career highlights was being in the Oscar and Golden Globe race as South Africa’s official entry in the 2015 edition. We traveled the world campaigning for the win, heights a kid from K1 couldn’t even fathom, and I was there and it was wonderful, every single moment of it. Emmy contender would be the more accurate; [I] made it to [the finalis] and never made the final three that get the actual final nomination.

VN: Transformation in the advertising industry is still slow. What do you think needs to be done to fast track transformation in our industry?
EN: Simply put, TRANSFORMATION CAN NOT BE FAST-TRACKED IN ADVERTISING. The system of the industry simple doesn’t allow [for this], from how pitches are awarded to the multinationals that run the game and the marketing heads at big brands and the relationships that make the money ebb and flow between the same, with few networks that have branches in our country. It’s hard to see how fast-tracking anything could even stand a chance beyond just having a few more blacks at someone else’s table.

Transformation needs a new narrative: it needs to hear The Odd Number’s narrative; it needs to hear Avatar’s narrative; it needs to hear Black Powder‘s narrative. Their success stories will inspire creatives like me to think it’s possible and, if more creatives [who] look like me and talk like me from places that look like where I grew up think it’s possible, clients will start to think maybe my brand will be served better by people [who] look like the people I’m trying to build affinity with — let me give them a chance and hear them pitch on how they would interpret my brand’s promise to my customers.

VN: Where and when do you have your best ideas?
EN: On my balcony in the city at some ungodly hour.

VN: What advice can you give to young creatives wanting to get into the business?
EN: Trust the process of your journey and punch the first person that tells you to get a real job in the throat when things don’t seem to be going well.

VN: Tell us something about yourself not generally known.
EN: I’m trying to get one fight in the EFC.

VN: What exciting projects are you working on at the moment?
EN: I’ve been shooting a documentary feature for the past three years and… I’m hoping the team and I can make another run for the Oscars and Globes. 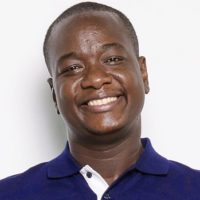 Veli Ngubane (@TheNduna) entered the world of advertising with a passion after completing his BSocSci (law, politics and economics) at UCT and a post-graduate marketing diploma at Red & Yellow, where he’s currently advisory board chairman. He also sits on the IAB’s Transformation & Education Council, is a DMA board member and Loeries, APEX, Pendoring, Bookmarks and AdFocus. He is the group MD of AVATAR, one of the largest black-owned and managed integrated agency offering in South Africa. In his monthly column “Young, Gifted & Killing It”, he profiles award-winning, kick-ass black creative talent in South Africa.