Only Connect: What China’s wǎnghóng teaches us about influence

by Bradley Elliott (@BradElliottSA) Welcome to China, where 26-year-old Yiang Xia-Sunny is up early and hard at work. If she’d been born 40 years ago in the People’s Republic, she may have been set to work on state-owned farms or in a government-run factory. Her other option would have been to join the military. But this is 2018, and Sunny — the nickname she’s known by to all her fans — is carefully groomed and hard at work in China’s booming ecommerce economy. 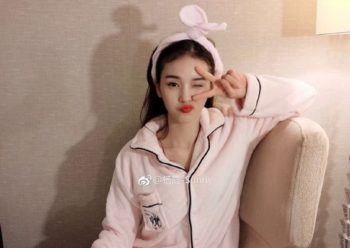 Slow economic reform, started by Deng Xiaoping in 1978, has provided a host of opportunity for young Chinese that their parents could only have dreamed of. Sunny’s day starts with posing in front of famous landmarks in the Macao Special Administrative Region of the People’s Republic of China, where she lives. Photographers click cameras to take images of Sunny, who is a member of that country’s wǎnghóng. Loosely translated from Mandarin, the word means a person who has gained popularity through the internet — an internet ‘star’.

Knowing this, it would be easy to label this social media dynamo as an influencer, but Sunny is so much more. Her power is in her very ability to drive sales using her massive database of some 3m+ fans on Weibo. A massive micro-blogging platform that has taken the republic by storm, Weibo was launched by the Sina Corporation in 2009. Today, its user base is almost twice the population of the US.

Sunny entertains her fans on Weibo by carefully nurturing them, and engaging with them regularly — when she’s not busy selling fashion and makeup and other beauty products through Alibaba’s Taobao, one of the world’s biggest online marketplaces.

How powerful is Sunny? If you measure power by the ability to move product, you’ll get a sense of her prowess. During a recent online shopping festival known as “Singles Day”, she achieved sales of some 2.7m yuan (about R5.5m) in 24 hours.

It’s important to understand what underpins the wǎnghóng phenomenon. Factors that drive growth for online retail sales include the rapid expansion of the Chinese middle class, and a switched-on, tech-savvy youth. This is no longer Mao’s China; the cultural revolution has been digitised and China has fully embraced consumerism for the country’s benefit. And China is revolutionising online retail by making it as easy as possible for ecommerce to happen. This is done by empowering massive businesses such as Alibaba and Weibo, which in turn empower the wǎnghóng to do what they do best: to sell and to grow.

Trend and innovation channel, Online Media Rockstars (OMR) pegs the wǎnghóng economy at some €15.8bn in market volume (or R261.69bn in local terms). The market is so massive that it has spawned wǎnghóng incubators and training companies, and the product/service mix is enormous. As OMR says: “The Chinese influencer-marketing sector is an eclectic mix of the bizarre and the massive.”

This is what the South African influencer community, and online retailers in this country, may learn from China’s wǎnghóng:

The integration of technology is key to the success of wǎnghóng, and something that local online retailers, technologists and service providers, which are driving ecommerce in SA, would be wise to emulate. By putting customers at the core of all we do, we can move from mere influence to sales. And it is sales and revenues (rather than influence) that will drive the growth of SA’s ecommerce and our economy. 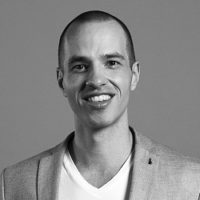 The founder of Continuon and Platinum Seed, Bradley Elliott (@BradElliottSA) is a serial entrepreneur who’s created a number of businesses in the digital and technology sectors. He believes that marketing needs to be reinvented so that it becomes more useful to humans and brands. He’s also a collector of fine whiskey. Bradley contributes the monthly column, “Only Connect”, which focuses on influencer marketing, to MarkLives.com.