by TJ Njozela (@tj_njozela) I don’t know about y’all but this year seems to have flown by quicker than drinks at an open bar. January was just yesterday, then one lumbar puncture and some schedule 5 meds later (it’s an inside joke), and now it’s The Loeries. And, if you know anything about Loeries, you know that it’s about three things: recognising the best work in the industry from across the continent, networking, and getting turnt.

Obvs, those are the three things you want to do at the awards, and probably a few others well. But, before you head out and go ham, there are also a few don’ts that will help to ensure that the good times don’t turn into regrets.

Don’t be a hater

We all have our own perspective on work that’s on fire and work that belongs on a sheet of two-ply TP. And it’s ok to have your own point of view. It’s also ok to feel a piece of work more than another one. Mara, if you’re not on a judging panel, don’t do that thing of, well, judging. Have an opinion, sure, if you don’t like something. But remember that a panel of industry leaders from different disciplines, agencies, and personal opinions, headed by some of the best thinkers from around the world, and a whole jury chairperson, don’t see things the way you do. Haters gon’ hate. Potatoes gon’ potate. That’s just facts of life. And if people like potatoes more than they like you, you might have ‘n bietjie nyana problem there.

Don’t poop at the parties

Two things happened to pretty much everyone who watched Flula’s video about Jennifer who poops at parties. One, lols. Two, realising that you know someone like Jennifer. They go by different names. Buzzkill, Wet Blanket, Slow Down, Mitch, etc. Me, personally, I can’t even deal. Like, if you’re not having a good time at the party, vaya. All you’ll have is FOMO when everybody talks about the craziness that happened, and everything you missed out on, but rather they talk about that than how you were just killing everybody’s vibe. The moral of the story? Rather turn up missing than be a party pooper.

Like any year at Loeries, some of us are bound to bump into the self-respect we negligently misplaced after one too many tequilas. Some never find theirs and their dignity teeters between urban legends and industry rumours. Don’t wait until your hair is a tangled with a mixture of canapés and too much liquor, or you get the “Sure, buddy” look from people who don’t believe that’s dandruff on your nose, or a video of you dancing on top of the bar in your polka dot-drawers makes its rounds on WhatsApp groups. Hayi. Make sure your dignity is always close by. If you find yourself disappointedly looking in the mirror, asking yourself “Is this you?”, chances are you’re about to lose your dignity. Instead of going for one more round, rather go back to your hotel. There’s nothing wrong with having fun. But, also, you’re an adult. Therefore, you must do the adulting.

Loeries is an exciting time for the whole industry. There’s the thrill of winning, the excitement of the parties where you know k’sazobalit. It’s kinda like bungee jumping. It’s fun coz there’s people who know what they’re doing, a cord, and an anchor. Without those things, trust, it wouldn’t be fun. Think of these don’ts as your safety mechanisms that will help you snap back to reality, without any regrets, afterwards. 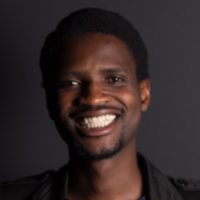 TJ Njozela (@tj_njozela) is a creative group head at Net#work BBDO. With several years of experience in the advertising industry, he’s more than a writer; he is also a reader, a thinker, and an avid liker of things. He once walked from Joburg to Cape Town in 30 days to raise funds to buy wheelchairs for people in need. #30Days30Wheelchairs. TJ contributes the regular “Agency Life” column, in which he gives career advice for working within the advertising industry, to MarkLives.