by Herman Manson (@marklives) In spite of the physical space feeling more dreary than usual, Design Indaba 2018 ensured a number of strong and critical speakers. 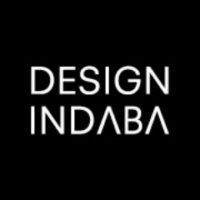 The 2018 edition of “the world’s best design conference”, as Pentagram partner and the event’s MC Michael Bierut loves to call Design Indaba, would organisationally have been coming together in the uncertain, dying days of the Jacob Zuma presidency. The economy was drying up, analysts pointed to a slight lead for the Nkosazana Dlamini-Zuma campaign, and there was no indication that Zuma would not see out the full term of his presidency.

And it kind of showed: it felt as if austerity had finally come to Design Indaba. There was the banner-less, lopsided fencing (only covered up on the final morning of the event), the tea- and coffee-less early mornings (unless you were willing to queue and pay for your own at the Woolies counter), the lack of posters and banners at the venue and a toning down of the theatre that had dominated presentations since the conference moved to the Artscape Theatre Complex in 2016.

The empty seats in the early morning sessions, although filled up as the mornings marched along, were indicative of the traffic snarl Cape Town has become, and the difficulties for anybody outside the CBD or immediate neighbourhoods to make it into the centre of town — and to an event that offers no parking in the immediate vicinity (how about a park-and-bus system for Design Indaba delegates coming in from the further suburbs?).

Thankfully, the “new dawn” continues its slow creep into spaces until recently occupied by state capture as renewal also tries to push into the physical spaces of the Cape Town CBD still occupied by apartheid’s brutal sense of architecture.

This is what Design Indaba has been trying to soften, this year through the colourful playful installation, on the Artscape Piazza, of UK designer Morag Myerscough. The Indaba hopes to continue softening the urban space surrounding Artscape through architectural efforts such as Peter Veenstra’s Dome of Plants, set to be positioned on Luthuli Plaza (if city officials find the political will to approve the plans).

I much prefer the inside/outside space offered by Artscape to the claustrophobia offered by the old venue. It feels much more like Cape Town than the Cape Town International Convention Centre ever could.

The conference opened with an earnest talk by Cape Town-based commercials director, Sunu Gonera. His three-part series of ads, focused on Afrofuturism (for Absolut and Metropolitan), was incredibly interesting to view individually and, finally, as a set. It tracks an Africa that feels both post-apocalyptic and preindustrial. You finally realise that it depicts a continent that has, in fact, survived an apocalypse wrought by the colonial ambitions of European nations. Afrofuturism demands it sheds the weight of this legacy to embrace both a rebirth and finally freedom. It shouts loudly that this is a continent no longer dancing to the strings of colonial aggressors but to its own undeniable rhythm.

It brought the house down.

Cape Town brothers, Sam and Rob Paddock, the duo behind the successful creation and eventual sale of online learning platform, GetSmarter, offered interesting insights into using data to effectively reinvent an existing business and catapult it to success.

Essentially, they decided to partner with their students (their core constituency) for success. With graduation rates for distance learning at some SA institutions settling in the single digits, the GetSmarter completion rate of 91% is worth sitting up and taking note off (I’m not sure you can compare the completion rate of a three-year distance learning diploma with a short course, but let’s go with it for now).

The point is, they have put humans back into distance education through tutor-led classes and small group learning. The company has a student success manager; maybe it’s time for brands to bring on board a consumer champion into their organisations. AI is great but offers no compassion and only artificial (hah) engagement. In an age of chatbots, it feels good to think regular people really make a fundamental difference in organisational success. Design around that for some real change.

It was great to be exposed to Edel Rodriguez as South Africa charters a post-Zuma course onto the 2019 elections. The Cuban American artist and satirist was posting his take on the Donald Trump candidacy and eventual US election victory when magazines started approaching him to design their covers. The work definitely speaks for itself.

Azusa Murakami and Alexander Groves of SWINE explored “themes of regional identity and the future of resources in the context of globalisation. SWINE’s work manifests a deep research into materials and modern industrialisation.”

We had the plastic chair made from plastic recovered from the ocean. Which was mostly a film that won lots of awards at lots of award shows. The two also collected aluminium on the streets of São Paulo and created a mobile foundry to melt and make (you guessed it) chairs. But, mostly, it’s a film that won lots of awards. Fordlandia harvested rubber from the rainforest. They made chairs (and a film). You get the drift. They did make the cover of ICON, though.

One speaker who makes a real difference in the world — William Mapham, a specialist ophthalmologist — designed a mobile phone application called Vula which links specialists to doctors active in rural healthcare. The aim of the app is to give rural health workers a tool that helps to get patients quick and efficient specialist care.

Renata Souza is a design grad whose work has the potential to transform lives. When her cousin Thomas was diagnosed with diabetes, she set about to design a product to help him take his insulin shots in a way that engages and distracts away from the sore and the chore, a way that is helpful and efficient. The kit, called Thomy, includes a colourful insulin pen that fits a child’s hand and assists with self-injection. Temporary tattoos help children remember where they have previously injected the insulin.

Lebo Mashile, who co-hosted the event, impressed deeply with her powerful poetry and voice. Because even designers and advertising people needs poetry in their lives. Her point on the relevance of African poets — at a time when their European and American counterparts seem to attract less and less attention, and their ability to speak the language of resistance, in the past and also today — was a powerful one.

Neri Oxman, associate professor of media arts and sciences at the MIT Media Lab, was particularly interesting, focused as she is on growing architecture and design, rather than building it. She creates natural objects that are man-made. Her work concentrates on light, air, water and life. Oxman and her team’s achievements include work on a 3D molten glass printer, allowing glass objects to be printed. She is also working on engineering decay into structures to allow them to become biodegradable past a certain point in their lifespan.

Chilean architect, Alejandro Aravena, was certainly a highlight when he spoke at Design Indaba 2010. As he was returning from the conference, his country was struck by a magnitude 8.8 earthquake, followed by a massive tsunami that destroyed 80% of the city of Constitución.

Well-known for his instance on giving a voice to the people who have to live in and with architecture, he says the city faced a question of rebuilding fast or rebuilding well. Ideally, he had to do both.

His first task was to address the essentials: water distribution, and temporary shelters which he laid out in a courtyard to allow for communal infrastructure such as kitchens, while allowing for a sense of community but without the scale that leaves people feeling hopeless and homeless. Then he moved on to upgrading these temp structures so people would be able to winter in them, and in a way that would allow the shelters to ultimately become part of the final housing solution. By day 20, he could turn his attention to sustainable reconstruction efforts. His first job was to build an open public house to encourage civic participation and give people a real voice in the reconstruction of their lives.

Residents wanted the city to retain its identity and for the rebuilding programme to address issues like frequent flooding prior to the tsunami. His design solutions included more open public spaces; a forested corridor between the river and the city that also serves to protect it from flooding; and a new coastal road to encourage tourism and add to the city’s economic recovery.

Natasha Jen offered a critical analysis of the hype around design thinking (she called it bullshit in her 99U talk). She posed six questions on the subject, namely, how do we make it more nuanced (so it doesn’t become a self-fulfilling loop closed to outside thinking); how might we give it a more meaningful vocabulary (extreme user, bodystorming, extreme user); how might we elevate its standard; how might we change its attitude on education (away from very short, cheap and fast online courses); how might we make it more beautiful (and not just useful); and how might we bring more delight to it.

Yes, nobody wants to see the state of the economy on display at a design conference, although, really, it could be argued that we very much should. It also felt good to see designers actually making a real difference (and not just films). Even minus some of the usual theatre, Design Indaba continues to have an outsized effect on the psyche of designers.