by Shane de Lange (@shanenilfunct) There are many aspects of South African society that require more patronage and support, none more so than our county’s rich artistic heritage and culture. If many of the print magazine covers published locally this year are anything to go by, art seems to be a key theme. It goes without saying that art is a pivotal cultural pillar in the creation of any thriving society, and so my choice of the Top Five Local Commercial Covers for 2017 follows this trend in support of South African art and the various cultural efforts — often unnoticed — of South African artists.

A recent and iconic feature has been added to the cultural landscape of African art, with the launch of the much-anticipated Zeitz Museum of Contemporary Art Africa (Zeitz MOCAA) situated within the old silo district at the V&A Waterfront in Cape Town and designed by internationally renowned architect, Thomas Heatherwick. The building is a testament to the dual notions of heritage and metamorphosis. This VISI cover depicts Githan Coopoo, assistant curator of costume, appreciating a work by South African artist, Penny Siopis, titled “Tranfigure III”, which is still on display in the museum. A succinct introduction to arguably one of the most-important institutions for contemporary African art and art from the African diaspora today, opening Africa to the world. 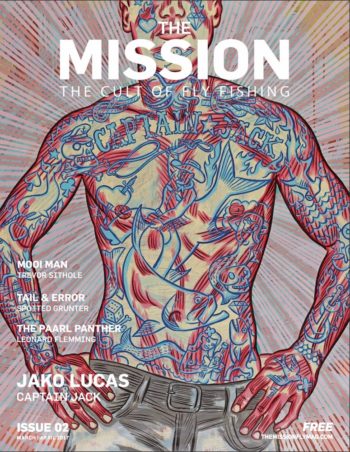 The Mission is an eccentric South African magazine, about the “cult of fly fishing”, that has somehow found a way to connect a niche sport with an appreciation of craft, art and design. Issue #2, published during March/April this year, started the magazine’s somewhat obscure cultural journey in which it began to showcase the work of established South African artist, Conrad Botes, known for his expressive and painterly style of illustration. Botes first emerged into the broader public sphere during the early ’90s with his contributions to the subversive publication, Bitterkommix, alongside his regular collaborator, Anton Kannemeyer. A fresh take on a seemingly conservative sport, we need more efforts like this where various facets of society — from sport, to science, to art — begin to creatively intermingle and hybridise into interesting conversations from various angles and approaches. 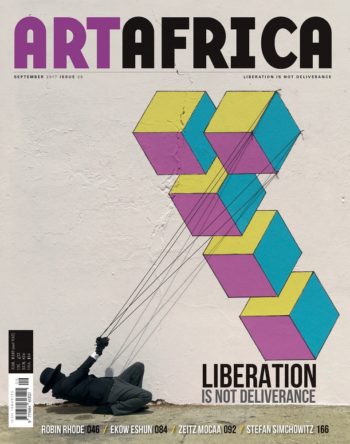 Invariably in favor of art that critically confronts issues on the cultural periphery of the continent, for its September issue, Art Africa showcased the work of subversive South African conceptual artist, Robin Rhode. A detail taken from Rhode’s series titled “David”, this image focuses on aspects of colour theory and geometry, following the work of Sol Lewitt (an important late-modernist and minimalist artist). Importantly, as opposed to Rhode’s earlier work, this series rejects representative forms that deliberately appropriate from political, economic, and social discourses surrounding post-colonialism, favoring the construction of a fictional, quasi Afro-modernist, world. In a warped manner, Rhode uses western establishment, in the form of high modernism, against itself, fighting fire with fire. In the end, it exposes that, despite the culmination of the struggle 23 years ago and that independence has been achieved, “liberation is not deliverance”. 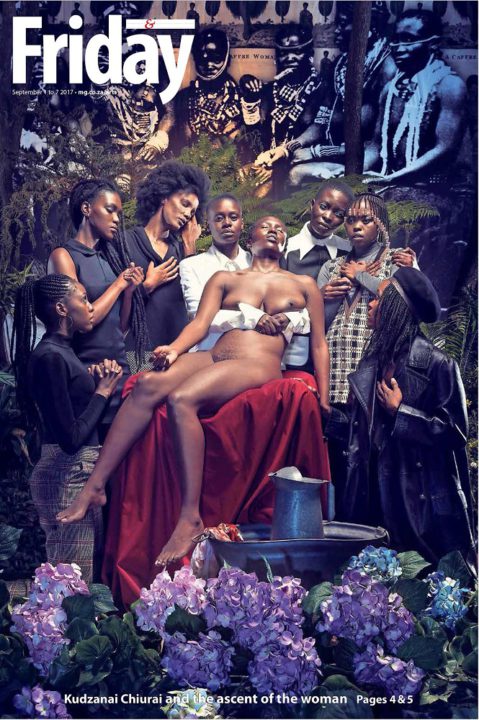 Zimbabwean artist, Kudzanai Chiurai, featured prominently on the cover of Mail & Guardian’s Friday magazine, with his work titled “We Live in Silence XVIII”. This image formed part of his solo exhibition at the Goodman Gallery in Johannesburg earlier this year, 31 August– 14 October. The scene is appropriated from the 1967 film, “Soleil Ô”, by Mauritanian filmmaker, Med Hondo; it’s a story about a black immigrant who travels to Paris in search of his Gaul ancestors. Kudzanai unpacks the post-colony, contesting dominant colonial narratives, and questioning expectations forced upon the African migrant to adopt the identity, language, and forms of representation of the coloniser. Inspired by Hondo, Kudzanai recasts the main character as a female in this story of black liberation, contesting gender discrimination embedded within the narrative of the post-colony, which tends to favor the black male as the savior, or martyr. An apt statement is made here, given the archaic and bigoted social, historical and political perspectives still imposed upon women locally and globally today. 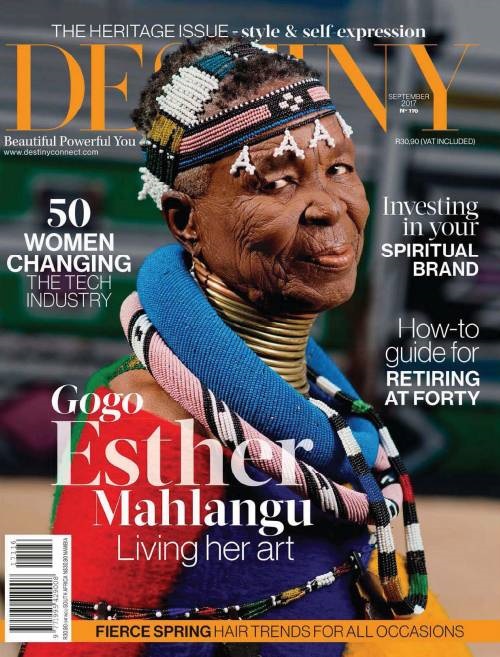 Living her art, breathing her heritage, DESTINY magazine could not have chosen a better cover model than prolific South African, Esther Mahlangu. Themed the Heritage Issue, this cover sets a precedent for pluralism and multiplicity in South Africa. As a portrait of Mahlangu, it’s a picture of grace rooted within Ndebele culture, all in celebration of Women’s Month (August) earlier this year. An effective ode to cultural diversity, representation and identity in South Africa — an approach we need much more of in our country, filled as it is with so much potential.