Ad of the Week: Gangs of ballet

by Oresti Patricios (@orestaki) TBWA\Hunt Lascaris and Darling directors Jeana Theron and Ross Garrett teamed up with Joburg Ballet to create a project that entertains — because it takes ballet to the streets and sells the art with a unique mashup of old and new.

Ballet is one of the oldest forms of theatre, dating back to the Renaissance. Although it has gone through many changes, classical ballet has a language in its choreography that transcends time and borders. Traditionally, a night at the ballet means being transported into a spectacle of music, costume, set design and movement. In modern ballet, the opulent costumes and sets are often replaced with something more simple, and it’s this aesthetic that informs the “Bite-Size Ballet” productions, which the Joburg Ballet company has created to promote its latest season.

Three short pieces have been created, based on suggestions from fans of the company. There is a short jump-cut style intro for each one, using Twitter screen shots and scenes from the dancers warming up, which sets the theme.

The first was a ‘recap’ of the wildly popular Game of Thrones, in anticipation of the seventh season of the popular TV saga. Obviously, a literal recap would not fit into such a small timeslot, so the choreographers created a vignette that captures some of the drama and intrigue of the epic mini-series. The music combines big orchestral sounds with a modern electronic beat. The dancers are dressed in neutral colours and the backdrop is the Joburg city skyline; the entire sequence is shot on a rooftop in the city centre. The entire sequence is done in one take, which allows the dance to tell the story, including executions, assassinations and a magical resurrection — all in under 90 seconds.

The second bite-sized ballet production is an interpretation of one of the most-hyped boxing matches in recent history, the ‘Money Fight’ between Floyd Mayweather Jr and Conor McGregor. Released on the eve of the fight, the ‘fighters’ are played by female dancers in a highly stylised encounter. In the opening montage, the two are seen preparing, in a scene that parallels that of a boxer preparing for a fight; instead of taping the hands, the feet are being taped. The performance takes place in an old urban environment, the square of the ring being created by a patch of rough tarmac. One ‘boxer’ is the victor, and the fight/dance ends with a hug and a smile, much as it goes down in the real ring. 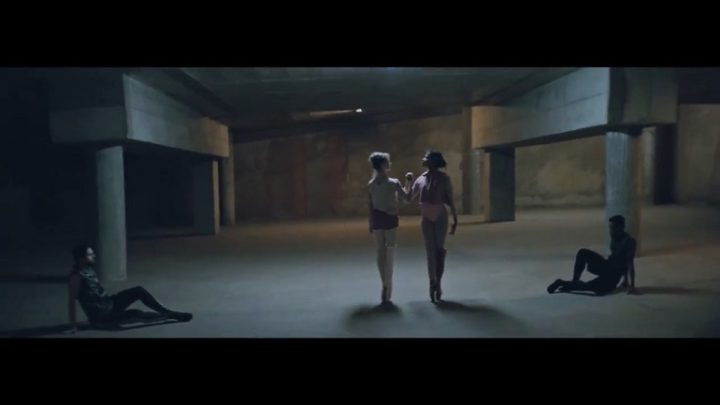 The third mini-ballet was released on 31 August 2017, and it’s a nuanced look back at the month of August, Women’s Month in SA. The opening montage uses flashes of Twitter that refer to this: “It’s been a bad month for women #WomensMonth” is the one message, as well as hashtags like #MananaAssault and #WomenAbuse. The scene is an underground location: four people walk down dark tunnels that open into an underground parking space. There are two men and two women, and they engage in a parallel dance, depicting the men as aggressors. The two women break free and unite to form a unified defence, which overpowers the men. Even though the context is dark, there is a sense of hope that emerges from the final frame.

Ballet has traditionally been an art form that has benefited from state subsidy, and it’s often associated with a more-affluent audience. By ‘taking it to the streets’, Joburg Ballet has demonstrated that it is both accessible and relevant. And, just in time, too, because Jozi’s ballet dancers have competition. I read that Russia’s acclaimed St Petersburg Ballet has just ended their Jozi tour.

But that’s not the only competition. Like any other live entertainment, ballet jostles for attention alongside theatre, local and global live acts, comedy, music and much more. That’s why Joburg Ballet and its partners, TBWA\Hunt Lascaris, get a standing ovation from me for a campaign that really is getting everyone talking. Want to see what I mean? Just search for #bitesizeballet for a taste. Bravo! ? ? ? ? ?

One Response to “Ad of the Week: Gangs of ballet”