by Veli Ngubane (@TheNduna) From working with Hollywood funnyman, Kevin Hart, and shooting music videos for rapper AKA to an award-winning short film about Nepal, 32-year-old Amr Singh (@amrsingh) has already crammed into a lot into his filmmaking career. And he is only just beginning. The co-founder of Fort — a creative agency of “storytellers for a connected world”, based in Johannesburg with offices in Cape Town, Nairobi and Lagos — Singh talks about his favourite films, the cinematic potential of virtual reality, and why more diversity is needed in the industry.

Veli Ngubane: Tell us more about yourself: where did you grow up and what did you want to be when you were growing up?
Amr Singh: I grew up in Cape Town in a neighbourhood called Walmer Estate. It is a sub-section of the former District Six area in Cape Town. Like most kids, what I wanted to be changed a lot growing up. For a long time, I wanted to be a palaeontologist — we can blame Jurassic Park for that. By my teenage years, I knew that I wanted to create and started to grow a strong affinity towards filmmaking.

VN: Please explain what you actually do and how an average day looks for you?
AS: I’m a film director, and co-founder of Fort. If I’m not on a shoot, a typical day starts pretty early in the office. What I do is varied, so the top of my to-do list could be anything from reviewing concepts to script development. If I’m on a production, the director’s role is one with many responsibilities. Whether in pre-production or on shoot days, there’s a lot of preparation and planning so that the few hours you have with all the crew, cast and equipment is well-spent. As a business owner, there are also many strategic discussions and planning meetings with our management team.

VN: How have your roots influenced your art?
AS: I grew up in a predominantly Muslim, working-class community. My mother was a pattern maker, so I spent most of my formative years in a very creative environment, interacting with many different characters from the fashion and creative industries. 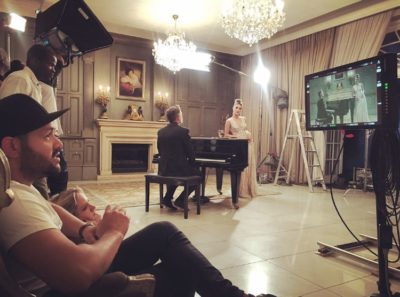 VN: What films have been the most-inspiring or -influential to you and why?
AS: Different films have inspired me in different ways. Early on, Tarantino films like Reservoir Dogs and Pulp Fiction really got me hooked on cinema. Along with Spike Lee’s early work, they ooze style and favour story and character, above all else. Later, the work of David Fincher and Chris Nolan have become huge influences on my visual style.

Special mention to The Secret Life of Walter Mitty. It’s not everyone’s cup of tea, but there’s something about the tonality and pacing of the film that feels very relevant to creatives working in advertising — somehow it’s struck a wanderlust-inspired chord.

VN: You are an award-winning director and have worked with big names: can you share with us some of things you’ve learnt that you weren’t aware of when you started but have made a difference to your current work ethic?
AS: I have had the privilege of working with some of the most-talented big name artists in the world. Last year I completed a ten-day shoot with Kevin Hart for Universal Studios, and I was lucky enough to work incredibly close to him and the studio execs from Universal.

It taught me a lot about the entertainment industry but, moreover, I learnt how constantly committed you have to be to your craft to succeed. Kevin was always switched on, and always challenging our approach to a scene. I initially didn’t expect a Hollywood star to be as engaged, but he was always fully committed to the project, and never took any decision for granted. I try to take this mindset forward onto all my projects.

VN: What is your philosophy in life that influences your creative work?
AS: Everyone has a favourite film, television commercial or music video. I have my favourites, and they have touched me in profound and wonderful ways throughout my life. They’ve encouraged me to think of the world differently, to see my surroundings in new and beautiful ways. To craft a piece of work that can touch others in a similar way is a really inspiring thought.

Creating pieces of work that can enter popular culture, and [have] the potential to influence people’s opinions and behaviour can be a powerful thing. I try to keep this top of mind — we create worlds from nothing and it’s our responsibility to strive for authentic representations of our audiences.

Working in the creative industries is a privilege and I’m grateful every day for the opportunity to make a living by making and creating.

VN: What makes a film great for you? Are there certain qualities that make a film better for you?
AS: The starting point to good film is a story that deserves to be told. But making a great film requires something more. This is pretty subjective, but for me, great films have immersive worlds. Whether it’s Scorsese’s Taxi Driver or Del Toro’s Pan’s Labyrinth, films that offer the viewer a deeply visceral world, layered with characters and spaces that feel like they truly belong within it, make for great cinematic experiences.

I’d recommend watching the awe-inspiring documentary, Hearts of Darkness. It follows Francis Ford Coppola as he makes Apocalypse Now. It shows the casual viewer the level of commitment it takes to create textured and immersive cinematic worlds. 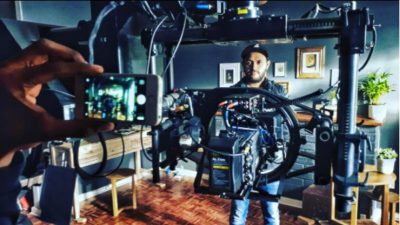 VN: What do you feel is missing in entertainment today?
AS: I honestly think that entertainment today is in a progressive state. The offerings and genres are varied, and audiences are becoming more-sophisticated, pushing things like television series into more-experimental spaces.

Still though, with the exception perhaps of Blackish, we’re facing a crisis of diversity. All stories are not equal, it seems, and female filmmakers are still very much in the minority. Diversity of story and themes start by encouraging the growth of a more-diverse pool of writers and filmmakers, and then having the confidence to empower them to tell stories that ring true to them.

I’m glad that Get Out got the recognition it did. I’m also really excited for Black Panther — the trailer just dropped — and it seems like a bold step in the right direction.

VN: Tell us about Fort and how it came about?
AS: Fort started as a means to pay back our student loans. I met my business partner, and co-founder of Fort, Shukri Toefy, while at UCT. It was initially a practical means to an end, but opportunities to formalise the business came early and, as two penniless students, we immediately tried to make the most of it.

Back then, we didn’t have a car and would take the train to meetings. Our first office was upstairs in warehouse and, instead of rent, we would agree to sign deliveries in and out. We’ve come a long way since then, but we hope to never lose the passion that we’ve had since day one.

VN: How have things changed since you got into the business?
AS: When myself and Shukri started Fort in 2006, the industry seemed quite set in its ways. We were fresh out of university and ready to take on the impenetrable barrier that was entry into advertising.

The digital revolution of the last 10 years has brought a level of democracy to creativity and content creation, and things are more-open now. Change has become the only certainty. I enjoy that. Disruption has become the norm it seems. A disruptive environment can be a very positive thing, but real tangible positive change is still slow.

VN: What advice can you give to people wanting to get into the business?

AS: Do. No generation has ever been more empowered. Knowledge and means are more attainable now than ever before. Use this, use resources like YouTube tutorials, desktop publishing, editing software, your camera phone, etc.

Never underestimate the value of apprenticeship though. Find a mentor, too.

VN: What industry trend do you predict for the next year?
AS: Brands and publishers will continue to embrace live-streaming through products like Facebook Live and Periscope.

VR is not there yet, but I still have high hopes for the medium. When we really understand how to leverage the medium, the ultimate user interface will be the human body. Quickly, technology will disappear, and intuitive interaction with virtual worlds will be the new frontier.

But, for now, live-streaming.

VN: Tell us something about yourself not generally known.
AS: I like watching YouTube videos on quantum mechanics. 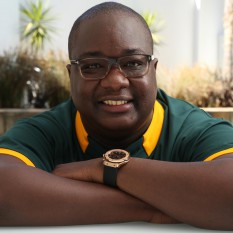 Veli Ngubane (@TheNduna) entered the world of advertising with a passion after completing his BSocSci (law, politics and economics) at the University of Cape Town and a post-graduate marketing diploma at Red & Yellow, where he also currently serves as advisory board chairman. He is the chief creative officer and founding partner of one of the fastest-growing agencies in the country, AVATAR. A full-service marketing agency with digital at the core, its clients include Brand South Africa, FOX Africa, National Geographic, SAA and Chevron. Veli hails from Kosi Bay in the rural KwaMhlaba Uyalingana area of KZN. In his monthly column “Young, Gifted & Killing It”, he profiles award-winning, kick-ass black creative talent in South Africa.