Ad of the Week: What happens when you don’t job-hunt with PNet

by Oresti Patricios (@orestaki) Joe Public and PNet.co.za send a powerful, visual message to people who are unhappy in their jobs in a series of ads that make fun of a sad situation. 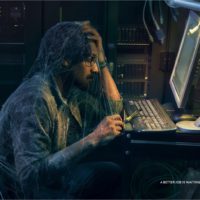 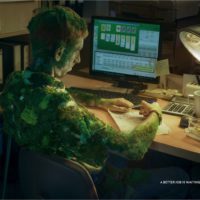 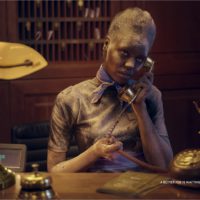 How do you visualise what it’s like to be caught between a rock and a hard place in the job market? Joe Public knows the answer to this and has produced the perfect print campaign for PNet that’s a story at a glance.

If you haven’t searched for a job lately, PNet.co.za is an online service that promises “to accurately match the best candidates with the best companies”. An online personnel placement agency, PNet.co.za has employment listings in most main industries, from agriculture to wholesale, throughout the country. It pioneered the online recruitment agency concept back in 1997, with the idea of providing web-based access to online jobs, professional CVs, and career advice. Since then, the PNet system has evolved into a set of online tools that aim to meet the needs of recruiters and job seekers, and it claims to have a client base of some 12 000 companies, with a database of over 2.3m active and passive career seekers.

But let’s get back to the Joe Public campaign. The agency has produced three simple yet powerful print ads that are low on copy and high on meaning. Each one depicts a different scenario of how someone might feel if stuck in a ‘dead-end’ job.

First, in “Webs”, there’s the poor fellow who’s been so long at his workstation, in the dark and dingy server room, that cobwebs have grown over him. His head rests in his hand as he stares disconsolately at the screen. The copy at the bottom simply reads, “A better job is waiting” with the PNet website address. This copy is consistent across all three ads.

The second ad, “Dusty”, depicts a receptionist covered in dust: she is holding a phone that harks back to a previous era (as does the depressing dark-wood decor) and the expression on her face reads: “My life’s on hold.” The colour palette is sombre.

The third ad, “Moss”, should be called “A rolling stone gathers no moss.” This unhappy employment candidate seems to be a clerk in an accounting department. His desk is outfitted with equipment from a bygone era — note the rotary dial telephone — and the surrounds are gloomy and depressing. The young man is covered in bright green moss, and he looks half-asleep as he gazes down at his desk, no doubt just waiting for five o’clock to come around.

The photography, styling and lighting in these scenes are artfully done. Each shot has a light source that illuminates the subject, accentuating the gloominess of the surrounds. It’s hard to tell whether the cobwebs, dust and moss of each ad were done using special-effects makeup or Photoshop (or a combination of the two) but, either way, the ads are all well-conceived, especially in terms of the colour palettes used in each.

Being stuck in a job you hate can be depressing, and these cleverly conceived scenes depict this but in a way that is humorous and immediately obvious. The payoff line neatly sells the product without doing any unnecessary hard-sell; I believe that minimalism in copy always works with a strong visual.

If you follow Ad of the Week, you’ll know that Joe Public is a regular. There’s good reason for this. The work it does sets it apart — the agency is increasingly showing is how astutely it understands its clients, the environments they operate in, and their unique business problems.

It’s not often that we choose a print ad, so it’s great that we’re bucking the television trend with a powerful print offering. Thanks, Joe Public, for chasing the Monday blues away with this fantastic series for PNet.co.za!

One Response to “Ad of the Week: What happens when you don’t job-hunt with PNet”